Now lives: In a two-story Spanish-style home in Encinitas with her family. The backyard features a 10-foot vertical ramp and skate bowl.

Claim to fame: Ms. Wettstein is a top-ranked skateboarder who will compete this summer for Team U.S.A. when skateboarding makes its Olympic debut in Tokyo. Though still in high school, she was the 2019 U.S.A. National Champion for women’s park and came in first among American women at the International Skateboarding Open for park in 2019. “Being the highest ranked women’s park skateboarder leaves me untied from reality because I never thought I would earn that spot,” she said. “I always have to re-debate with myself, ‘Is it really me?’”

Big break: Ms. Wettstein started skateboarding at age 5, when her parents began taking her to parks and empty swimming pools. At 7, she competed in her first tournament, the Girls Combi Classic, at the Vans flagship store in Orange, Calif., and landed her first sponsor, Silly Girl Skateboards. By 14, she’d placed second at the 2017 Vans Park Series and was considered one of the top transition skaters in the world. The following year, she placed second at Dew Tour Women’s Pro Park and competed in the 2018 Nitro World Games during its women’s skateboarding debut. Today she has a running list of notable sponsors including Converse, Core Hydration, Bones Wheels and Stereo. 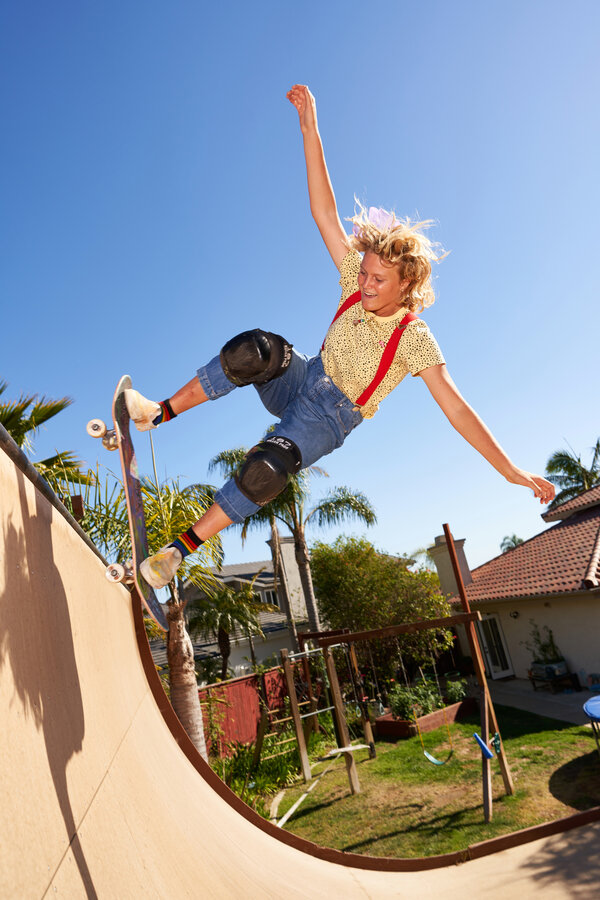 Latest project: Ms. Wettstein knows much more than one trick. She plays on her school’s beach volleyball team, the San Dieguito Academy Mustangs, which came in first in its division this year. She earned her driver’s license in April. And in June, Ms. Wettstein, who writes songs and plays the ukulele in her spare time, released two original songs on Spotify and Apple Music, following a live performance at the Roxy in downtown Encinitas.

Next thing: After placing as the highest American in the Women’s Park Final at the 2021 Dew Tour in May, Ms. Wettstein secured her spot on the United States’ Olympics team. “I’m also excited to finally see what I’ve conjured up in my mind for what feels like decades, but really has just been two years,” she said.

Highly stamped passport: Skateboarding has taken Ms. Wettstein all over the country, as well as to seven countries and five continents. Her favorite place to visit? Marseille, France, for its beautiful beaches and the Grande Roue de Marseille. “I was just in awe of everything,” she said. “It’s one of those places where you feel like you’re at Disneyland. It’s basically like one of the Wonders of the World.”