That’s why the Rhode Island resident started Intimately, a lingerie e-tailer and blog for women with physical ailments.

“Women with disabilities don’t want to be treated like a medical accessory the way the market currently treats them,” Butler told WWD. “It’s another group of women who are just as beautiful, just as sexy, just as desirable, just as into fashion as anybody else.

“My mom described the experience to me as dehumanizing,” Butler said.

While studying at Brown University, Butler started sewing clothes for her mother and some new college friends, many of whom had physical disabilities of their own. Not long after, she started Intimately as a blog curating the best selection of adaptive apparel. The aim was to help women with disabilities find clothes they’d actually want to wear. Tommy Hilfiger, Zappos and Target, plus a number of mom-and-pop shops, had some options. Intimates, however, weren’t part of the mix.

“I started wondering why [brands] weren’t targeting underwear, because that’s the first step to getting ready,” Butler said. Then, with the help of a $20,000 Kickstarter campaign, Intimately became a business last summer.

“It’s interesting working with intimates. So much is tied to self-confidence and love and desirability and feeling sexy,” Butler said. “And fashion is a visual language. It’s a way that we express ourselves and present ideas about ourselves.” 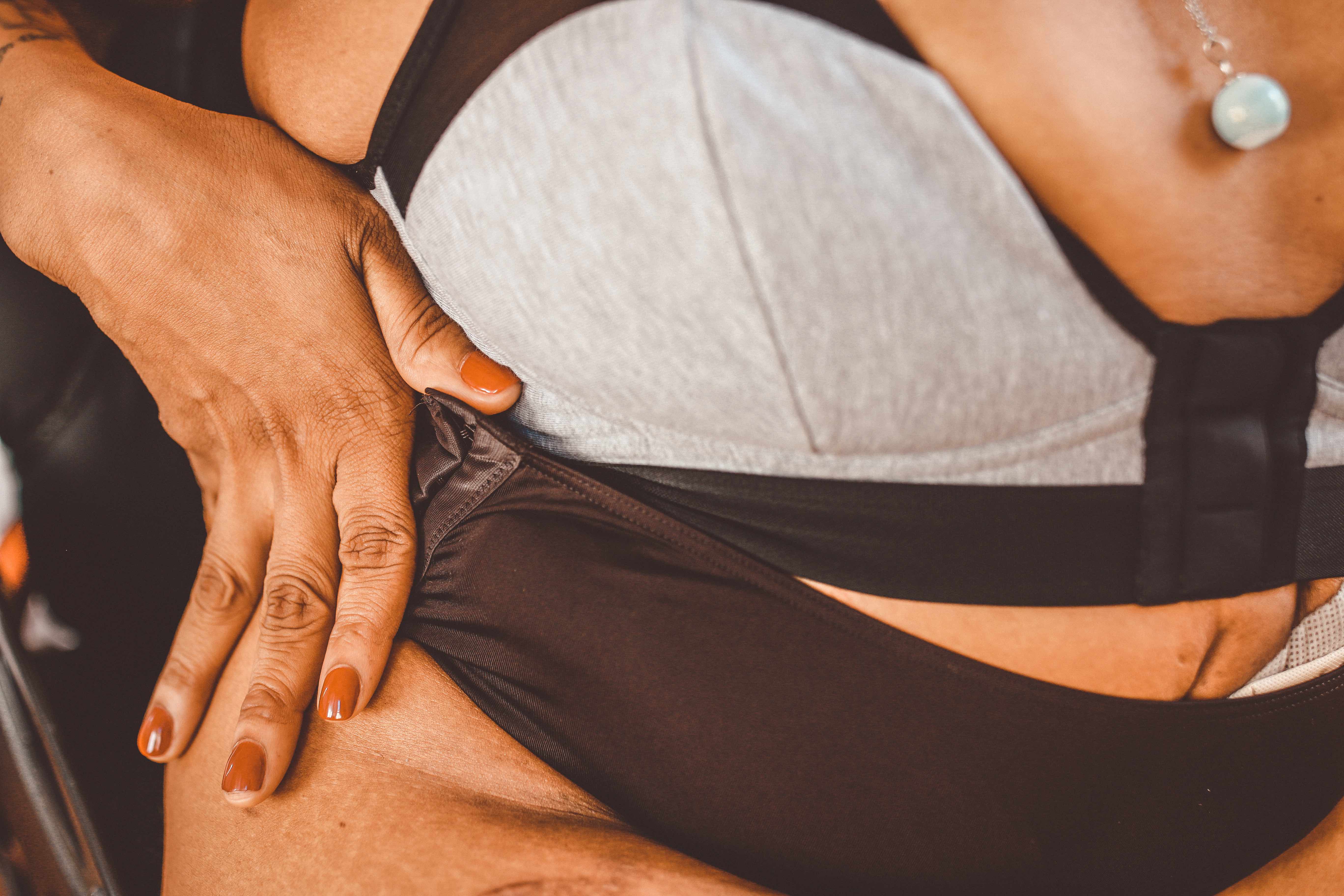 Shoppers can find Butler’s curated selection of intimate apparel for women with disabilities (from a variety of name brands) at intimately.co. There’s also a community section where women can share their stories about living with disabilities and, according to Butler, “feel like they’re being included in this narrative about sex and desirability.”

This fall, Butler will release her own label, starting with two adaptive lingerie lines and a sleepwear collection.

“We’re making the pieces super easy for anyone to get on, whether you’re a wheelchair user, an amputee or a chronic illness warrior,” Butler said. “But also, we’re not sacrificing fashion. We don’t want there to be ugly, medical-grade, diaper-looking things. Then also, we want to find this point in which it’s affordable, because folks with disabilities typically make less than their able-bodied counterparts.”

Meanwhile, Butler and her team — nine women total, about half of whom have a physical disability — are growing. The entrepreneur is planning on opening Intimately offices in Paris and New York and would like to one day move into ready-to-wear.

“We really want to make sure all women have options,” Butler said.

One constant, however, is Butler’s wish to keep the business direct-to-consumer.

“The thing with online is that we can ship from anywhere and you don’t have to leave your home,” Butler said. “With Amazon [and other potential wholesale partners], women with limited dexterity, they don’t want to get a box they can’t open. So we’ve really curated the whole experience from beginning to end with our easy-to-open boxes.” 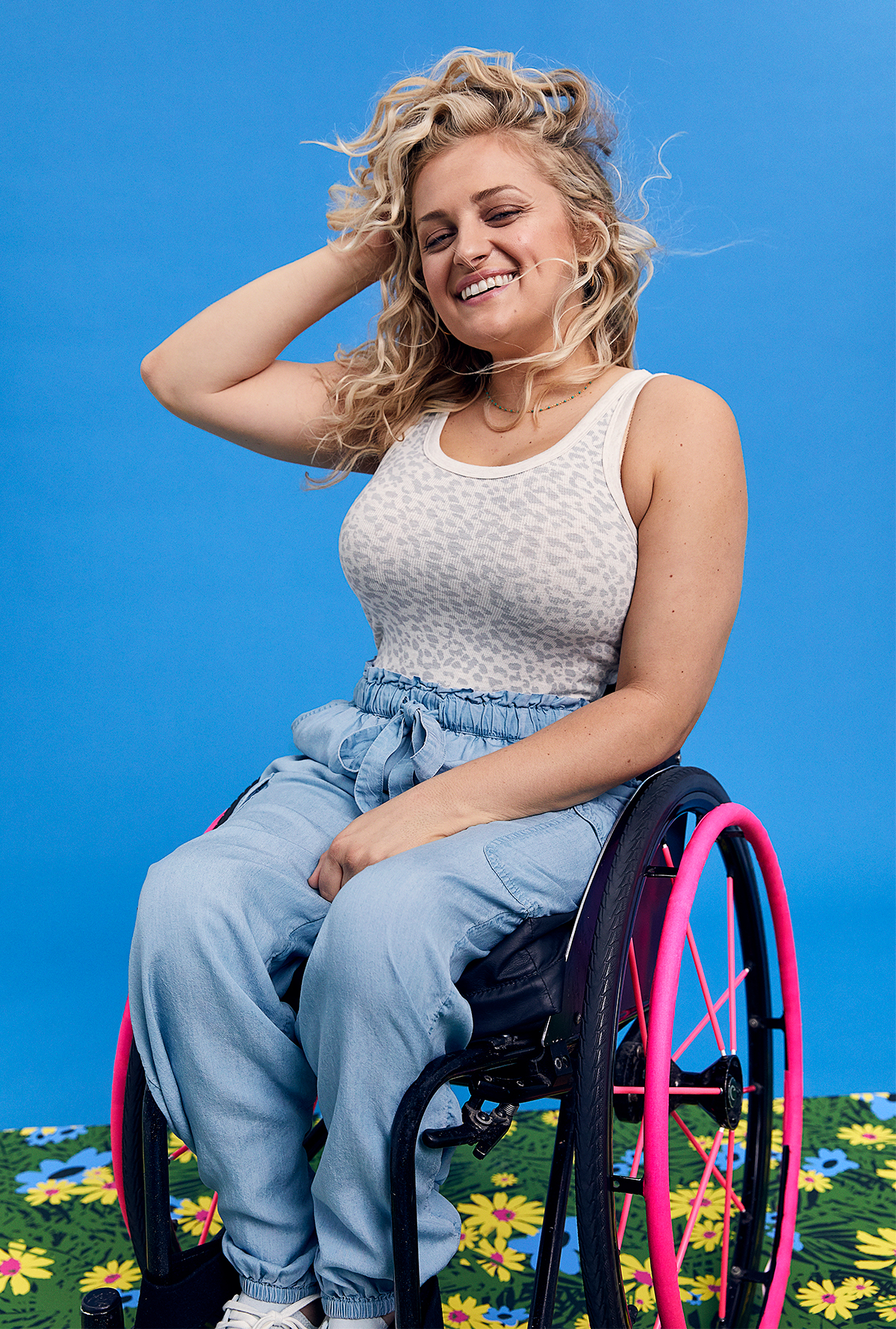 “It’s very difficult, as a disabled person, to walk into a store and find clothing,” said Keely Cat-Wells, a disability rights activist and chief executive officer of C Talent, a Los Angeles-based talent agency for people with disabilities. “It’s difficult to sometimes even get in the door of a store.”

As a representative for people with disabilities — and a former actor and dancer who quit the business because of her own disabilities and the discrimination she faced within the entertainment industry as a result — Cat-Wells described instances where clients have had to change in a storage room on set, because the trailers were not wheelchair accessible. Or, someone with a disability will be asked to play a stereotype, “which is damaging to society,” Cat-Wells said.

“It just reinforces the fact that people with disabilities are either a burden; or they’re angry at the world; or that they need constant care,” she said. “When you Google disabilities and clothing, a lot of times you come up with bright colors and velcro, little things that are catered toward your typical stereotype of disability. It’s not catered toward people who actually want to feel confident and sexy and wear the clothes that are in mainstream stores.

“I think major companies understand that one size does not fit all. But I don’t think they understand that one design does not fit all,” Cat-Wells continued. “Like clothing labels are not great for people with autism. People who use a wheelchair are in a seated position, so they need pants that are more high-rise than normal pants. And maybe little people want to wear trench coats, but they have a bust. So their body is the size of a child, but they don’t have the figure of a child.”

At present, few designers incorporate people with visible disabilities in their marketing materials or fashion shows, despite the growing market. (The adaptive apparel industry, which was valued at nearly $279 billion in 2017, according to analytics and consulting firm Coherent Market Insights, is expected to grow to more than $392 billion by 2026.) Even fewer fashion designers have disabilities of their own.

Runway of Dreams, a nonprofit founded in 2014 by Mindy Scheier, a former stylist at Saks Fifth Avenue, creates events and fashion shows for people with disabilities. In the lingerie space, Rihanna has used models with disabilities in her Savage x Fenty fashion shows. Earlier this year, intimates brand Aerie, owned by American Eagle Outfitters, named Broadway star Ali Stroker, who is in a wheelchair, as one of its AerieReal role models. Aerie also sells indie label Slick Chicks’ adaptive underwear on its site.

Even so, the mainstream media still often overlooks people with disabilities on a broader scale, despite the recent emphasis on inclusion. It wasn’t until 2019 that a little person, Sinéad Burke, attended the Met Gala in New York. The Irish writer and influencer was also the first little person to appear on the cover of British Vogue, for the September 2019 issue. Teen Vogue featured models with disabilities only a year before that.

It’s been quite the year. . . [Image description: A three-image carousel of me moving through @metmuseum on the First Monday in May, lensed by @arnold_daniel. Talking representation with @mrrpmurphy and seeing both taffeta and sequins from a different perspective.] #MetGala

This month, Burke helped launch juniperunltd.com, an e-commerce site for adaptive apparel and lifestyle products. The site also includes fashion, wellness and technology content for those living with disabilities.

Burke, who is Juniper’s executive producer and editor-at-large, said the site is a platform where “disabled people and other members of diverse communities have the tools and space to tell their own stories.

“What set this site apart from others is that it’s not just [about] promoting visibility,” Burke said. “But, [it] is created and driven by disabled people and those caring for someone with a disability.”

But there’s still a long way to go.

If more lingerie brands catered to consumers with disabilities and embraced sexy as something everyone should have access to, Cat-Wells said, it could slowly start to change the stigma.

“Maybe it would even change the way that the entertainment industry hires people with disabilities, because then they’d be like ‘Oh, disability and sex can go together,’” she said.