WE'VE all been on the receiving end of an online shopping blunder at one point or another.

But while the extent of our shopping mishaps often end at ill-fitting clothing items, a woman named Lily suffered something far worse. 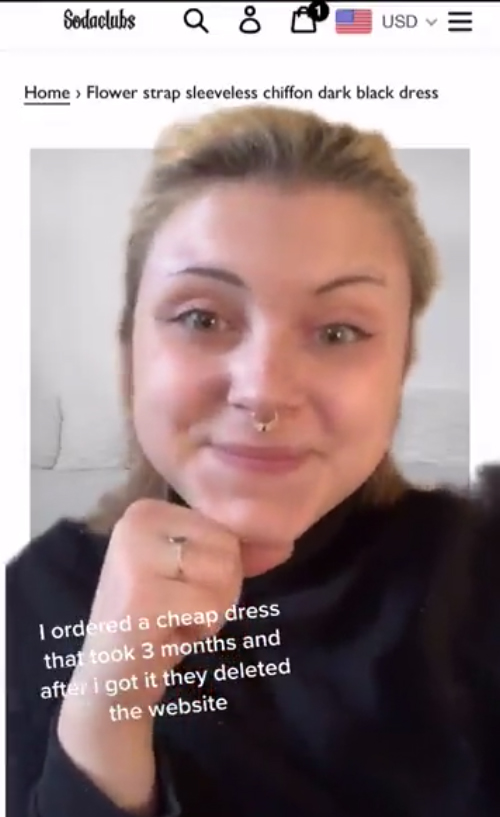 Sharing on TikTok, Lily revealed that she'd spotted her dream wedding dress for the bargain price of just £36 ($50) and it felt like it was meant to be.

But after waiting a very long three months for it to arrive, she was shocked to learn just how different the item was to the version she'd seen online – and was not at all happy with the result.

Lily opted for a very different look on her big day and chose a black-bodied frock with a plunging neckline – rather than the more traditional white gown.

According to the Sodaclubs website, where Lily had ordered the dress from, the frock was described as a "flower strap sleeveless chiffon dark black dress". 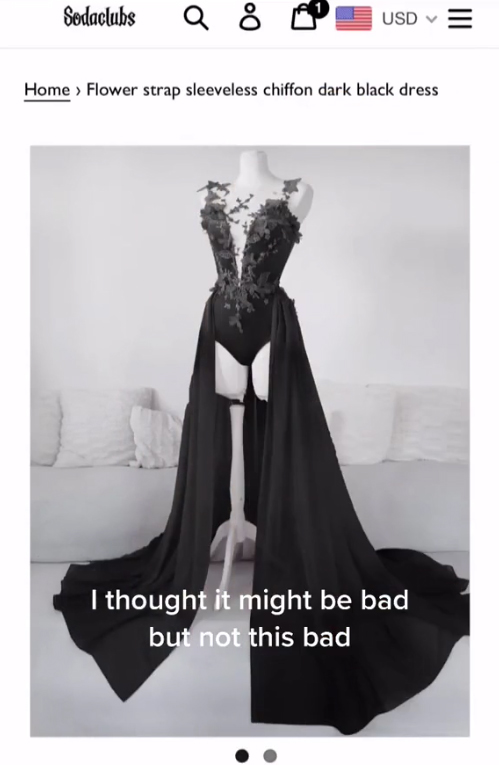 The bodice was adorned with floral detailing and featured a dramatic wrap-around skirt.

While the dress she received did meet some of the criteria – black, floral detailing and with a wrap-around skirt – the two items are not at all comparable.

Understandably, she was not exactly pleased with what was supposed to be her dream dress and took to TikTok to slam it.

In the caption, she wrote: "Yeah so f*ck Soda Club if they ever appear again, you should probs avoid." 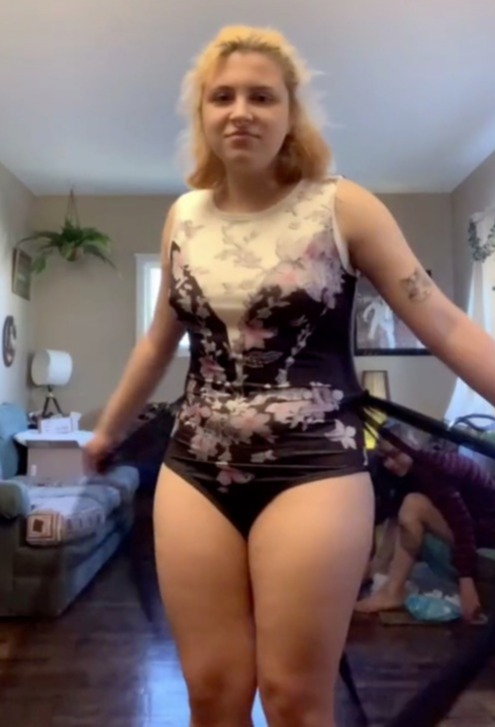 She also mentioned in the comments that the website has now been deleted, according to Mirror, so rather than returning it, she will donate it to charity.

Her video has been viewed thousands of times with many horrified by the dress she'd received.

Because of the original design being quite different to what a bride would typically wear on her big day, one person asked: "But where would anyone wear this kind of dress? Even the one in the photo?"

Lily admitted: "Honestly, I was thinking about wearing it to my wedding. Yikes on me LMAO."

Lily admitted she had been looking for a cheaper wedding dress due to bargain constraints, so she decided to take a chance of the cheap find.

"It's so much worse than what I was expecting," one person admitted, while many others were both amused and horrified at the sight of it.

One person tried to offer a silver lining, joking: "Girl you got yourself a fancy swim suit."

In related news, these are the most embarrassing fashion fails sweeping the web – from a wind emoji on the bum to bizarre bikini flip flops.

And this woman thrilled with her charity shop jacket instantly finds creepy secret note in the pocket.

Plus fashion fans joke Zara jeans will ‘keep you fresh all day’ thanks to some VERY unfortunately placed rips in the crotch.