GOOD Morning Britain’s Laura Tobin has revealed Piers Morgan tried to give her breastfeeding advice after the birth of her premature baby daughter.

The meteorologist was taken to hospital at just under 28 weeks pregnant on July 25, 2017, having gone into labour after turning up at ITV’s London studios to do the weather forecast. 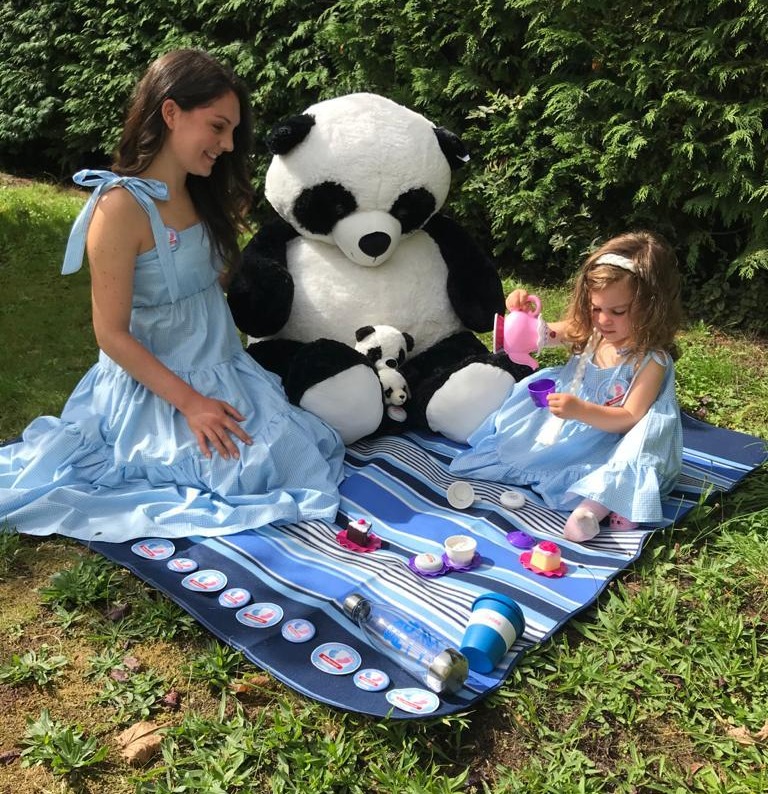 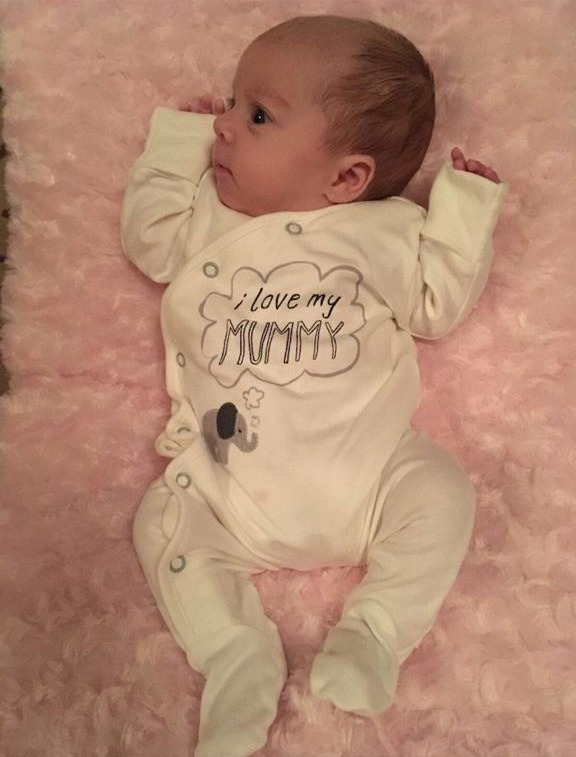 In a chat with Fabulous, in partnership with Ickle Pickles charity, the mum-of-one says: “Everyone from GMB was so lovely, sending loads of messages and baby clothes, seeing if we needed anything.

“Piers was hilarious when I brought Charlotte home. He’d texted me and said ‘phone me when you get out of hospital’ so I FaceTimed him and showed him Charlotte.

“He started going ‘now, something about breastfeeding’. Celia (Walden, Piers’ wife) said ‘you can’t give her advice on breastfeeding, you haven’t got a clue what you’re talking about’.

“But he carried on ‘I’m just saying, it can be very difficult, if you need any advice, I’m here’. I was like ‘OK great, thanks Piers’. 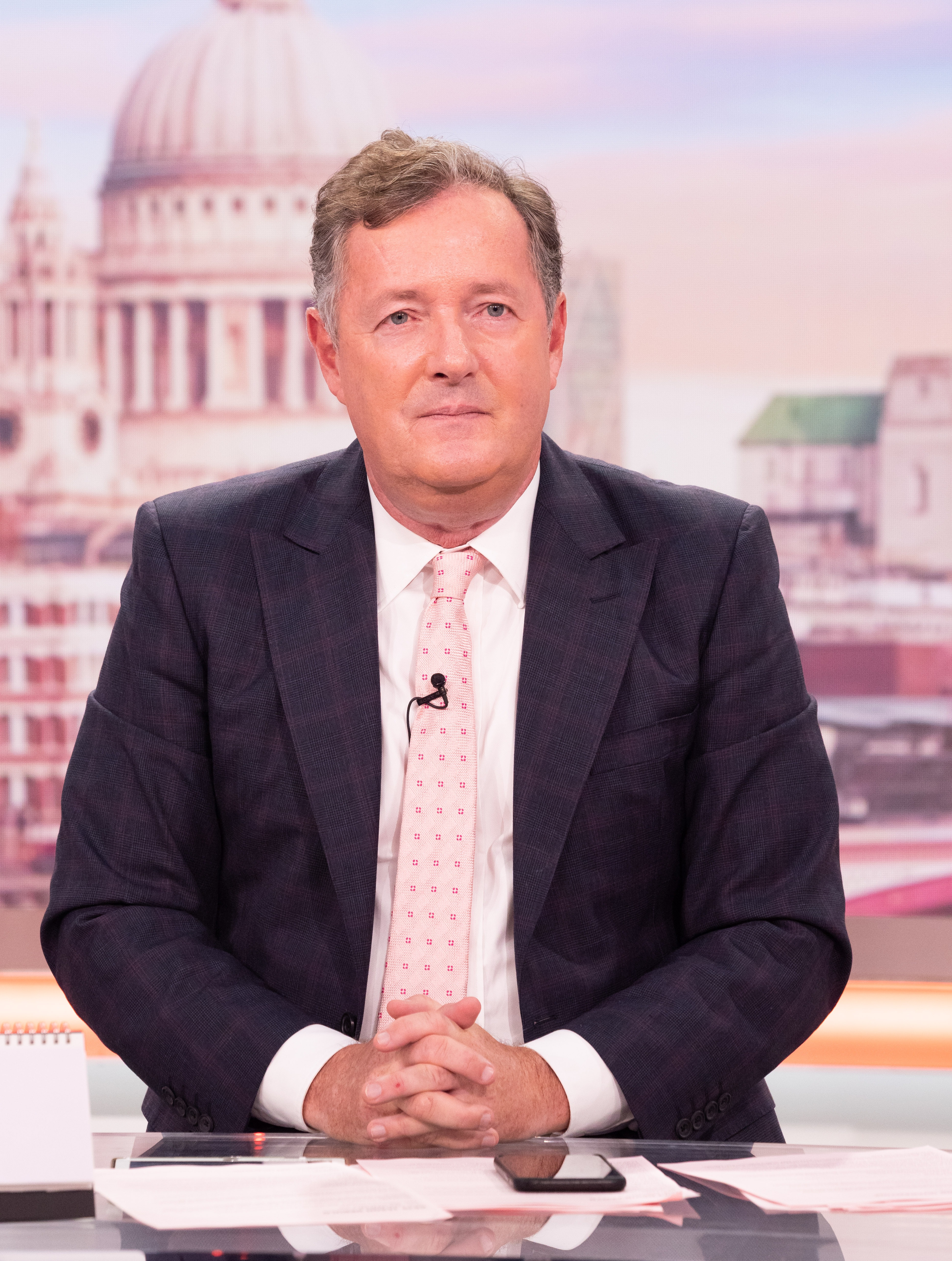 “Charlotte Hawkins visited us and brought loads of toys and clothes, as her daughter Ella Rose is just a little older than Charlotte.

“When I eventually went back into the studio, because premature babies are super susceptible to illnesses, everyone just stared. Kate Garraway and Susanna Reid said ‘oh we really want to hug her and you, but we don’t know if we can’. 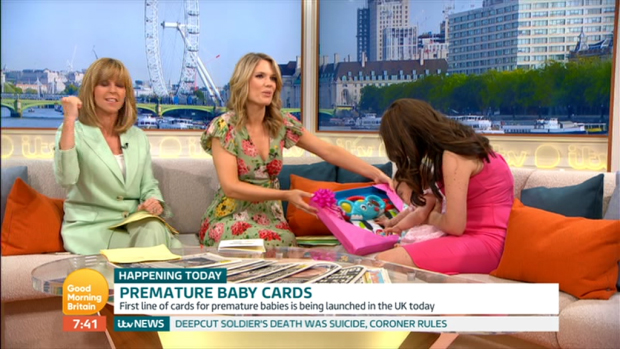 Laura joined ITV’s Daybreak, now GMB, in 2012 and worked alongside dad-of-four Piers from 2015 until he stepped down in March, over complaints about his comments on Meghan Markle’s Oprah interview.

And he wasn’t the only daytime TV presence giving advice, as it was Dr Hilary who twigged Laura was actually in labour.

Hours later, she was giving birth, with the reality of what was happening only just setting in. 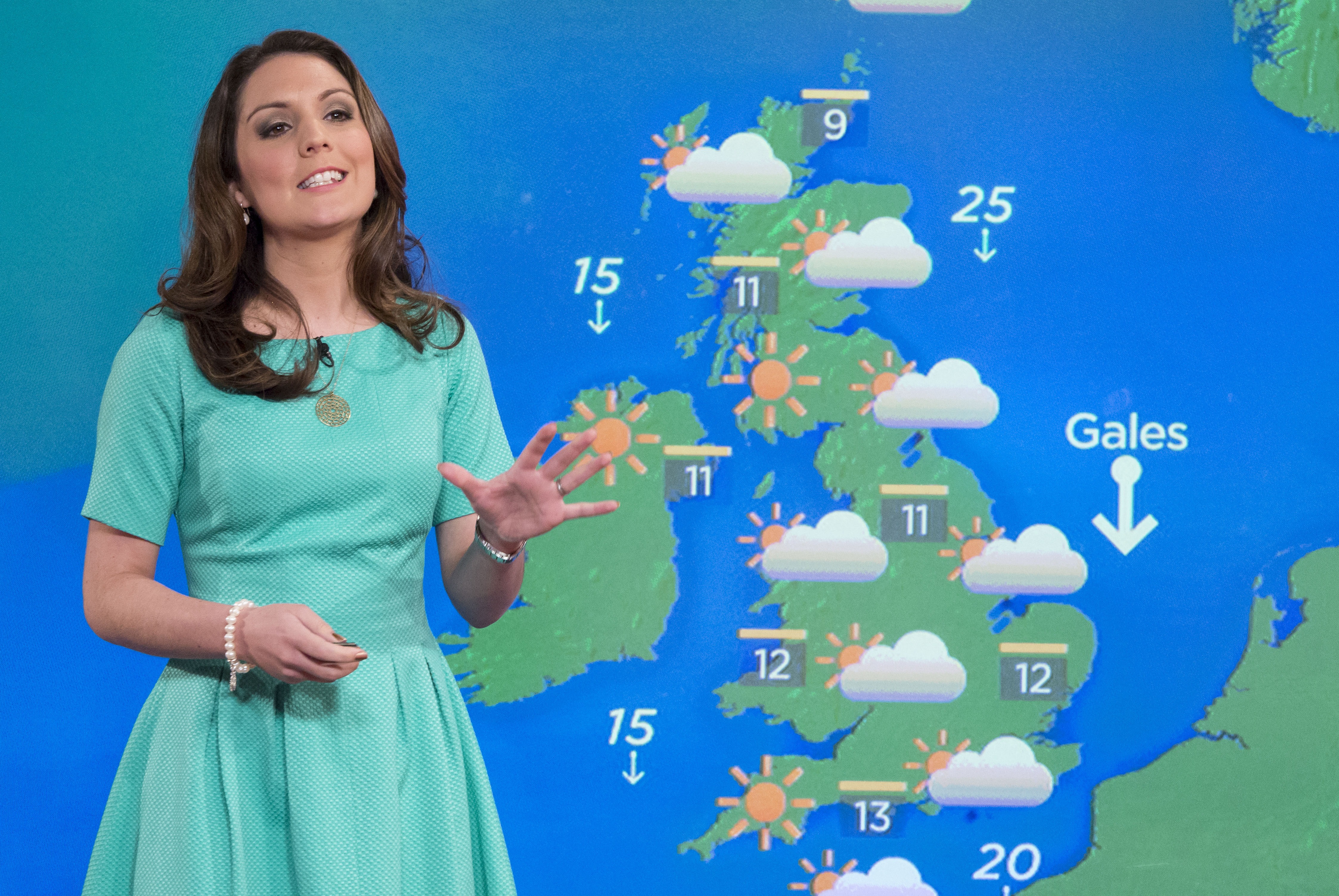 She says: “It wasn’t scary, but that’s because I didn’t know it was going to happen. Dr Hilary kept me calm, if it wasn’t for him I probably would have been very stressed.

“When I started getting contractions, Charlotte said ‘they’re just Braxton Hicks, don’t worry, you’ll be fine’. I said ‘wow they feel so real’ but then someone phoned Dr Hilary and he said ‘oh my goodness, it sounds like she’s going into labour’.

“He had twins at 28 weeks and obviously is a doctor, even though I sometimes joke he isn’t a real doctor, he is. He said ‘OK you’re just going to go to the hospital down the road, St Thomas’, they’re going to want to check you out and do some tests’.

Piers was hilarious when I brought Charlotte home. I FaceTimed him and he said ‘I know breastfeeding can be very difficult, if you need any advice, I’m here’

“I said ‘yeah OK’, then he said ‘you’ll want to get a bag, they might want to keep you in’ so I said ‘yeah OK, get a bag’. Debbie in wardrobe came with me, the hospital is literally two minutes from the studio but we got a cab.

“When I got there, the staff said ‘yeah this baby wants to come’. It just slowly dawned on me what was actually happening and bizarrely I wasn’t stressed.

“It happened quickly, I remember the whole time just being really calm, which probably isn’t the experience for lots of other mums.

“My antenatal classes were due to start the following week, so I hadn’t been to any. Lots of people say ‘it won’t go to plan’ and I think if you have a plan that’s probably quite stressful, but I had no plan.” 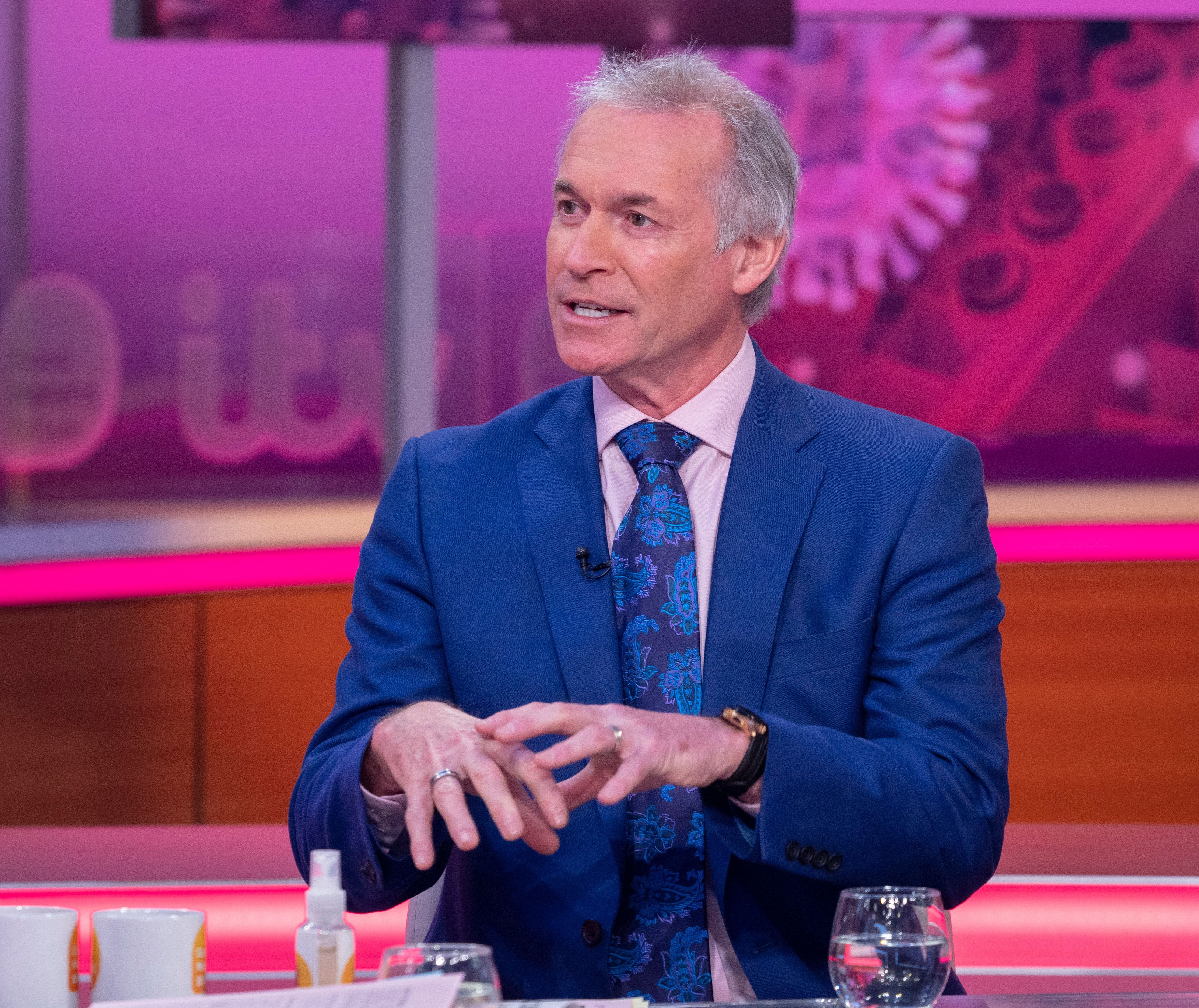 Charlotte’s early arrival was a complete surprise to Laura, as she had an easy pregnancy and no health complications.

“It was all perfect, I actually had lunch with a friend the day before I gave birth and said ‘oh it’s so easy, I’m having such a wonderful pregnancy’,” she laughs.

“I just had no clue. They don’t know why I went into early labour, I’m not very sporty, I don’t drink alcohol, I don’t drink coffee, I don’t do anything to excess. I was getting enough sleep, I wasn’t travelling doing the weather, I wasn’t unfit or overweight or smoking or eating loads of sugary food. It was literally just one of those things.

“When Charlotte was born, she was really small but also really strong. They have these little breathing tubes in their nose, tied with little ribbons, and I remember one of the nurses going ‘aw she’s just undone them already’. I thought ‘oh no, we’ve got one here’.

It wasn’t scary. Dr Hilary kept me calm, if it wasn’t for him I probably would have been very stressed. It slowly dawned on me what was happening

“The staff took her down to the NICU (neonatal intensive care unit) and my aim was just to recover and try to get milk. That became my mission.

“You have to feed as you would with a baby even though there’s no baby at home with you, so you have to get up and do it at 3am.

“I was very lucky. I used to come in with loads of pots of milk and the other mums would say ‘oh you’ve got loads’.

“I was just super pragmatic about it all. I’d come home, have dinner, have a shower and express my milk. I’d maybe watch a tiny bit of telly, ring my mum or a friend, get some sleep and then do it all the next day.

“I’m quite methodical and I think that gives you purpose. The medical team were doing all these things and I couldn’t help them. But I was doing something no-one else could do for her, which was producing milk.” 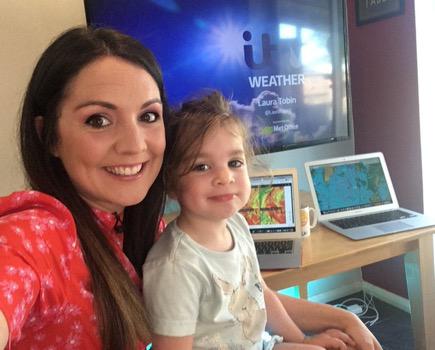 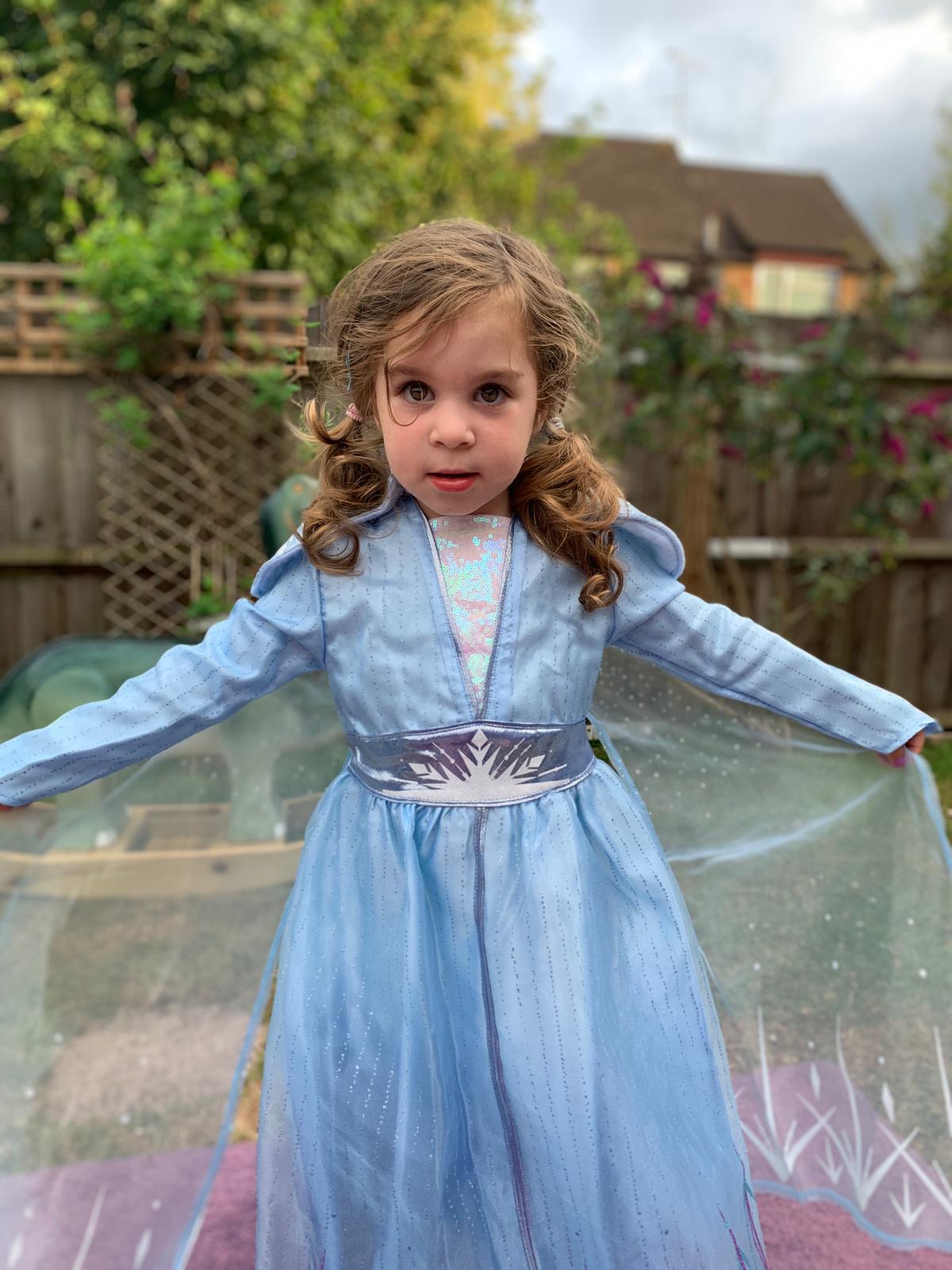 Charlotte was in hospital for 83 days and was moved closer to the family home at Royal Berkshire Hospital, Reading, after five days. Laura was able to hold her for the first time the day after she was born.

Every time her condition improved, Charlotte was moved into a different room with less equipment, before eventually spending two days with her parents in a hospital flat to make sure they could cope with her coming home.

Laura says: “That’s the scariest bit, you’re thinking ‘oh my God, we’ve got to do this all without nurses’ help and without monitors and she needs to put on weight’.

“At GMB, we launched a range of premature baby cards, because people don’t know what to say.

Charlotte’s my best friend, so I want to be with her every single second. Me and my husband haven’t even had a date night since she was born

“Even when they come home, they’re still very little, very vulnerable and it’s almost worse, because you haven’t got 24 hours of hospital staff looking after your baby.

“You’re on your own and you don’t feel like you can leave the room to have a wee because you don’t know if they’re going to be OK when you get back.

“Looking after a premature baby is exactly like the lockdown everyone has been living this year, because any cold or illness could make them really sick.

“We lived in lockdown for two years, this is our life so bizarrely it feels normal. I’ve never been to a baby class with Charlotte, never been on a family holiday.

“When Charlotte turned two we could relax a little, then six months later we went into a national lockdown, so that was frustrating for us.

“We’d just started going swimming, to soft play and ballet lessons, she’d had a couple of play dates, we were looking to book a holiday abroad.” 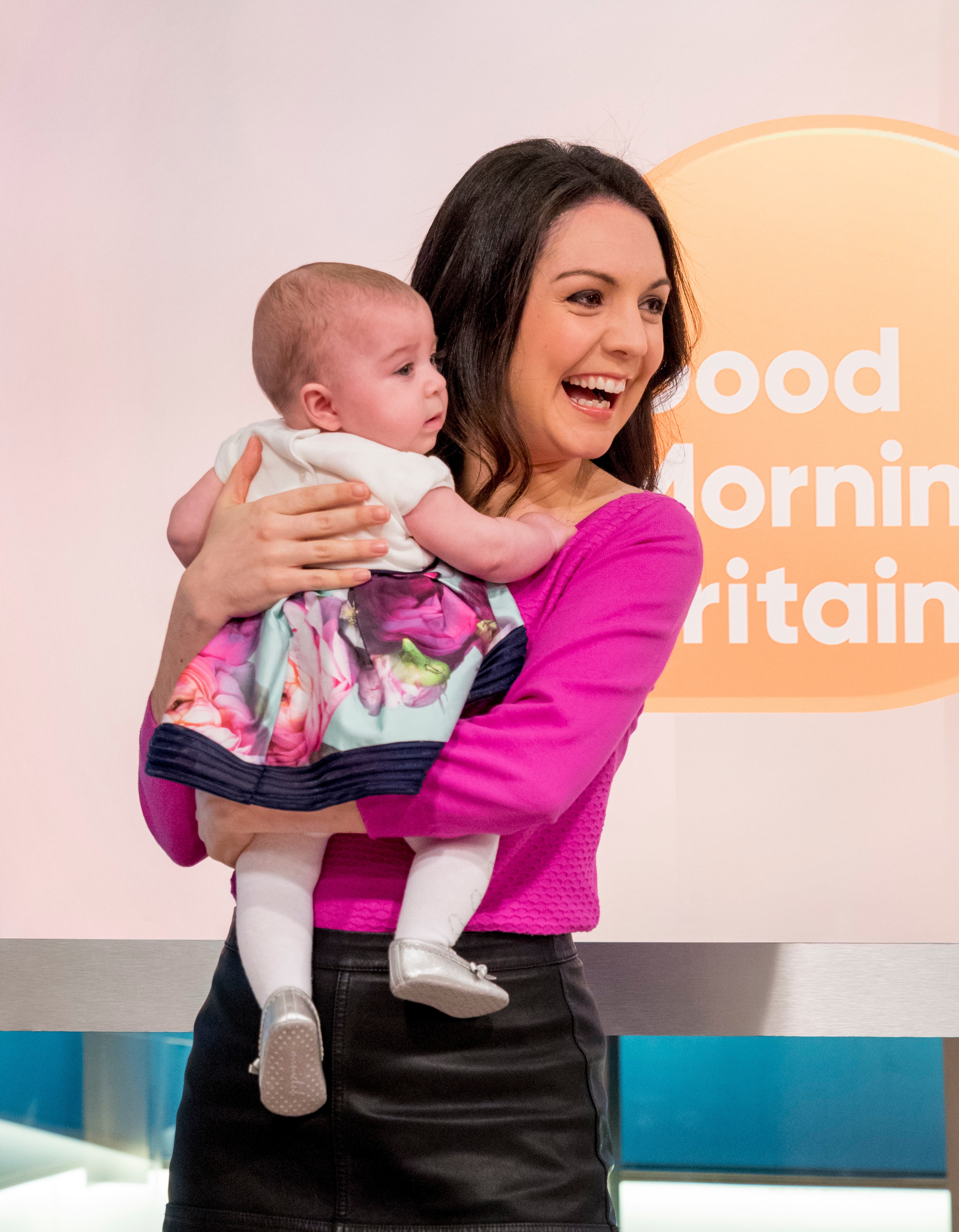 Currently, Charlotte is doing half days at pre-school while her mum presents the weather.

Laura says: “Other than that, we don’t go anywhere without her, ever. When my husband got his vaccine recently, it was the first time the two of us had been together without her since she came home.

“Me and my husband haven’t even had a date night since she was born, because she’s a really good eater and she’s really well behaved, so we go out for dinner as a family.

“I get up so early with work, so I’m in bed for 9pm and we don’t get the opportunity to have date nights during the week. At the weekend we’re just tired, I like watching a film or a box set. 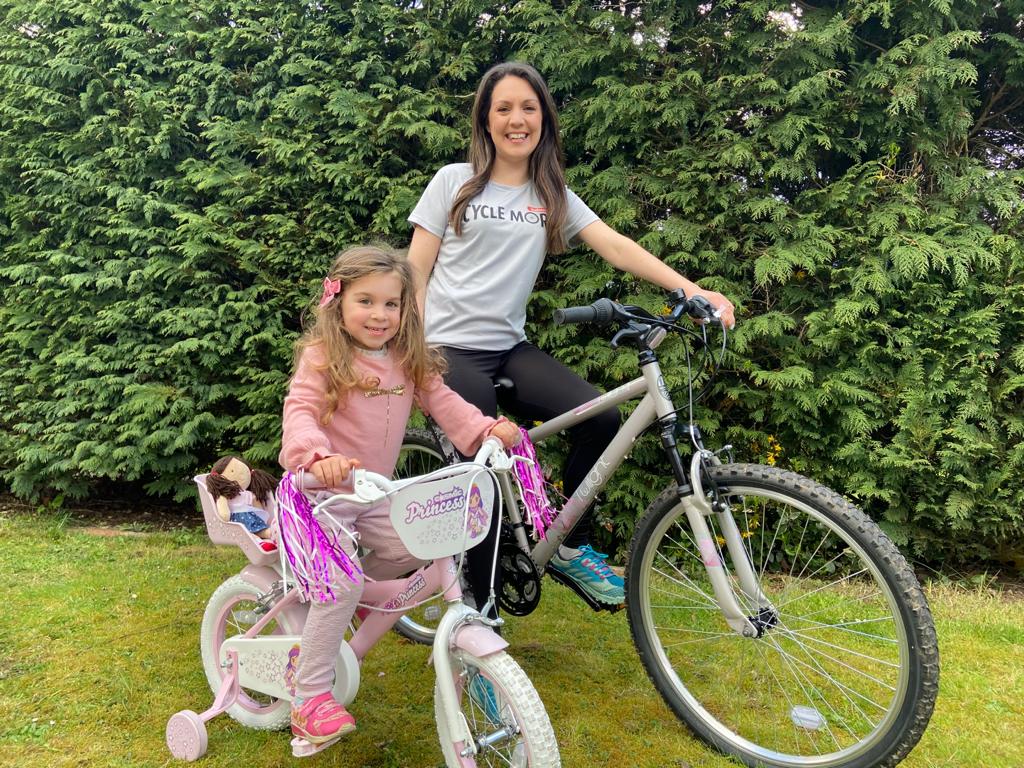 “Charlotte’s my best friend, so I want to be with her every single second. Every child’s precious but she’s just that much more precious to us, because she was born so early and you don’t know what’s going to happen.

“It’s definitely made me more cautious as a mother, we take fewer risks with her. At the park, I’m next to her on every single bit of equipment, whereas I notice most other parents hang back.

“We probably don’t let her out on her bike as much as she should. We always put her in trainers because we worry she’ll fall over in sandals.

“She rarely falls over but when she does, we apply Sudocrem on her graze and the next day she’s back on her feet.”

Sudocrem and Ickle Pickles have worked together for many years, but last year saw their relationship cemented with the creation of a special limited-edition My Ickle Sudocrem pot.

The 2020 Soothing the Smallest campaign managed to raise just over 31 thousand for the Ickle Pickles charity. These funds went towards purchasing:

Every year, 1 in 8 babies are born prematurely, that’s 100,000 babies every single year. These babies need to spend weeks, sometimes months, in neonatal care units before they are strong enough to leave. Neonatal intensive care costs the NHS approximately £2,000 per day and many hospitals do not have the equipment to care for extremely preterm babies.

My Little Sudocrem can be used to soothe cuts and scrapes you might pick up along the way.

Happily, Charlotte has been hitting all her milestones and doesn’t appear to have any long term complications from her early birth.

“She just knows her own mind and she’s extremely impressive and a bit too smart for her own good sometimes. She knows how to get her own way.”

Laura is encouraging Brits to cycle a sponsored 90km as a family for Ickle Pickles, with all proceeds used to buy vital neonatal equipment to help sick and premature babies.

She says: “A record number of bikes were bought last year, 1.3 million.

"We’re doing it, I was one of those 1.3 million people who bought a bike during lockdown and I did Couch to 5k last year which was tough, so I’m looking forward to cycling as I think that’s a better leisure activity for me.

“We’ll probably take part in the challenge over the summer as a family, when the weather gets better. If people want to get fit they might as well help a premature baby, there’s not really a better cause.”

You can find out more about Cycle More’s Sudocrem 90km Challenge here.