The 424 designer in July revealed AMP, a 10-week apprenticeship program. The first mentee, Zac Merriken, will be mentored by Andrade himself as a member of the 424 team.

“The selection process was fun,” Andrade said. “I was looking for someone who had a lot to offer, and who could bring a solid point of view. Someone I felt could do well in any situation and who would bring great ideas forward that I’d be happy to support. As to our first apprentice, he’s coincidentally from back home in the Bay. And sometimes all it takes is a vibe, where you can see yourself bringing out the best in them, even more than what they could see in themselves. Something clicked and just felt right from the start. We’re excited to have Zac.”

Merriken, a young creative from Santa Rosa, CA who has experience in graphic design and production and footwear design and construction through The Shoe Surgeon, will “do every single job” at 424, according to Andrade. He will participate in design and creative, as well as market promotion and social media.

“I want him to find a piece of the business that really calls him and focus his energy there,” Andrade explained. “Working with him directly, I’ll call my friends and put him in the room to pitch his own ideas or give him an opportunity to shadow other artists. I have an intuitive ‘big bro’ approach to this internship program so I’ll be able to reward what I see in real time and push to create new opportunities with the right people.”

The Cape Makes A Return On The Runway 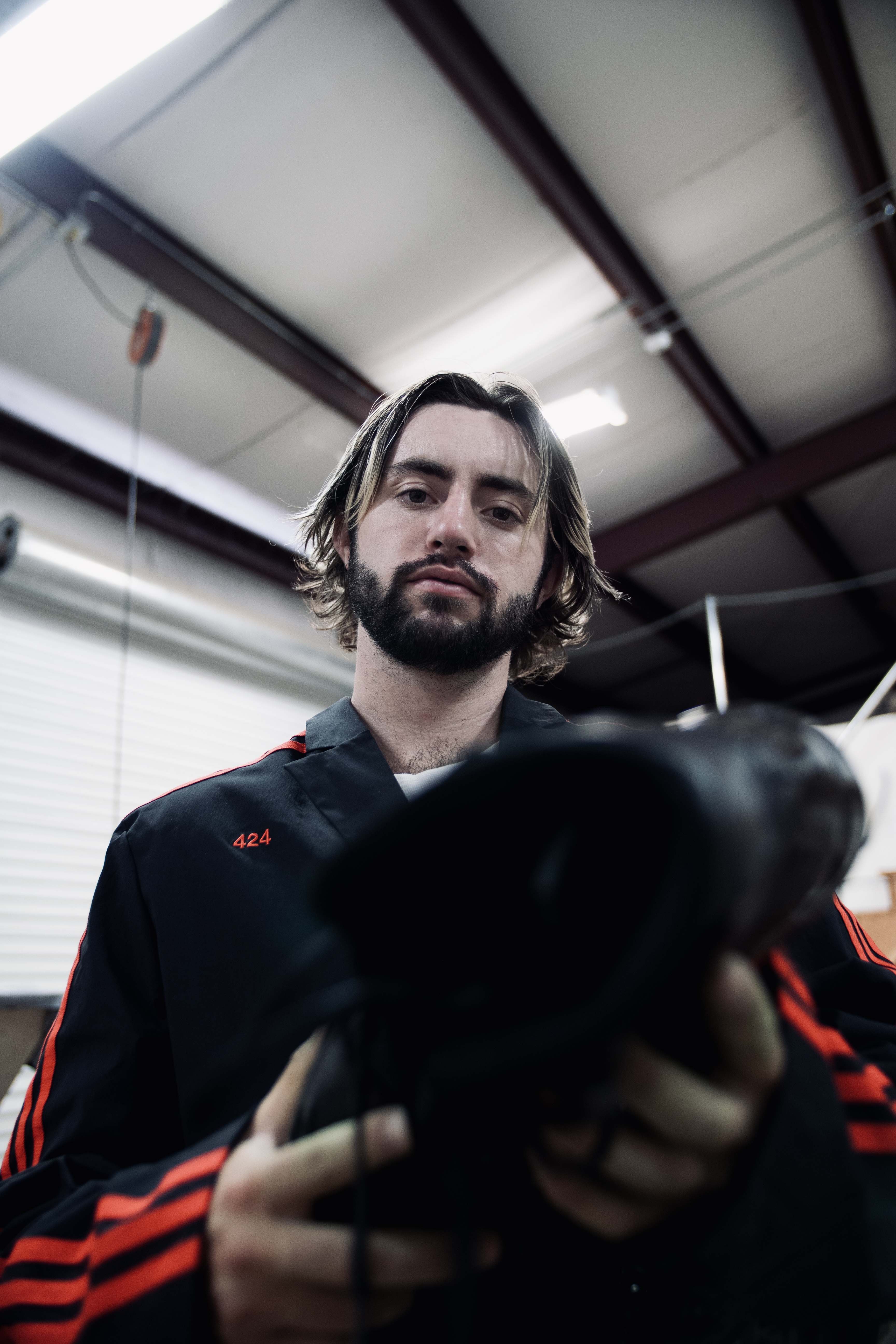 Andrade added that this experience is just the first step and though it’s too early to discuss when the next mentee will be selected, he feels good about the future of the program considering the “hundreds of great applications” they received, he said.

The Andrade Mentorship Program is the result of a year and a half of discussions between Hornitos and the designer and FourTwoFour on Fairfax co-founder. The AMP is made possible through Hornitos’ Shot Fund, a multi-year investment platform dedicated to empowering creative entrepreneurs.

“The next generation of creatives needs to push themselves even further to put out an original offering, otherwise what’s the point?” he said. “That’s why we created AMP; it’s not fabricated, for show, reality TV, sponsored by Hornitos. It’s a real approach into getting into our industry. Meant to help introduce new and more diverse creatives. Character, personality, point of view, those things come first for me. The last thing we need is more of what already exists.”

An American in Milan: 424’s Guillermo Andrade on the Future of the Brand, Streetwear