HEAD lice experts have shared a stomach-churning clip of the worst case they ever dealt with – with thousands of bugs in a little girl’s hair.

The team, called The Lice Angels, uploaded a clip to TikTok sharing the horrific infestation. 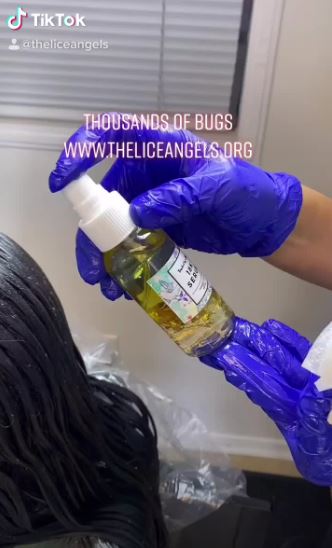 They filmed a girl, with long brown hair, sitting in a chair covered in plastic, while the experts wear plastic gloves for the process.

They spray the girl’s hair and run a lice comb through it – showing hundreds of wriggling bugs caught in a single sweep.

They captioned the clip: “Don’t look you might get sick. 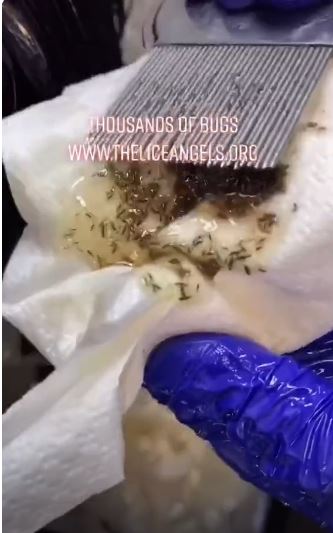 The Lice Angels added in the end they got rid of ‘thousands of bugs’ from her hair.

The team needed an industrial set-up for the job, slathering the girl's hair with conditioner, while the had paper towels on hand and a bin to catch any bugs which fell.

The horrifying clip has racked up more than 30 million views, as people compared the kid’s hair to a ‘zoo’.

One person said: “I’ll simply shave my hair if I had that.”

Another wrote: “That’s not hair anymore, that’s [a] zoo.” 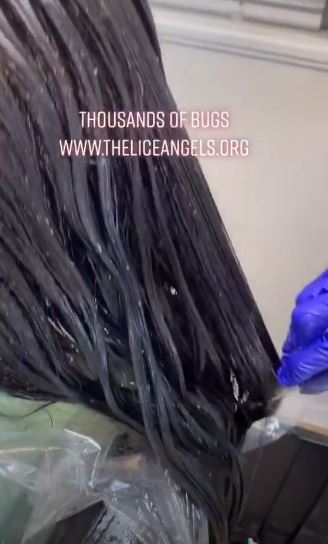 A third commented: “That’s like…WEEKS of knowing you got bugs in your hair???”

This person thought: “Omg that scalp turned into an entire ecosystem.”

Another asked: “How do people let it get that bad tho?”

Meanwhile grim footage will make you think twice about using face wipes to get rid of your foundation.

And we revealed covid stress is causing women scalp issues such as dandruff and hair loss – 7 ways help.

Plus this woman who was bullied at school for being ‘ugly’ shows amazing ‘glow up’ in viral video.