His Song Got Her Attention

“I sang Magic Mike’s ‘Pony,’ but I didn’t do the same dances,” Mr. Douds, 36, said with a laugh, referring to the male stripper’s moves to Ginuwine’s “Pony” in the “Magic Mike” movie.

No matter. Mr. Douds, a lawyer by day for the District of Columbia Public Schools, still turned heads when he led off the solo round for his team.

“Justin has a gorgeous voice,” said Ms. Crowley, 34, rooting for a colleague on that same team with other co-workers from the Office of Advancement at Georgetown University, where she is now the chief of staff.

Three years later, in 2017, when they were both single, they reconnected at a friend’s Fourth of July barbecue in Washington. (Mr. Douds’s previous marriage ended in divorce.) At the party, they curated a playlist including Marvin Gaye and Whitney Houston’s renditions of “The Star-Spangled Banner,” country music, ‘90s R&B and hip-hop.

“We had similar taste in music,” he said, and later they casually exchanged numbers. 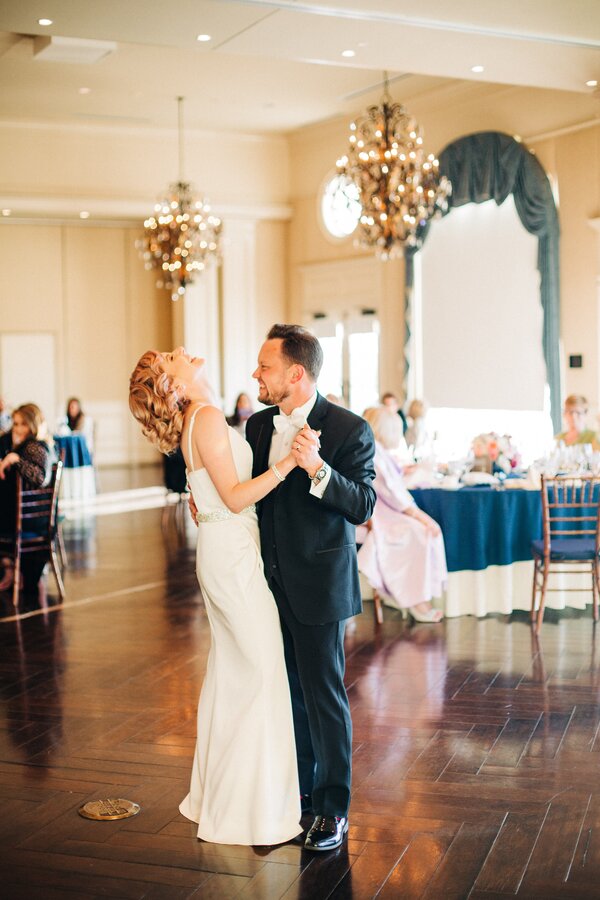 He texted her a few days later, and at the end of July they went to comedy night at Arlington Cinema and Drafthouse in Virginia. Halfway through the show they held hands. Later they kissed good night after he drove her home to Alexandria, Va., and walked her to the door. He lived in Silver Spring, Md.

For another date she suggested a movie, but only because it was by Eisenhower Avenue station on the Yellow Line of the Washington Metro, and played into his quirky goal — to exit all 91 Metro stations with a reason for doing so.

“It let me know she was cool with my idiosyncrasies,” he said (He still has 13 stations to go.)

They started seeing each other every chance they got, and around Christmas he met her parents and two maternal aunts for trivia night at her neighborhood bar.

“I mentally prepared to be grilled by her parents,” he said, keeping in mind they were both retired Air Force colonels.

His random knowledge of trivia helped get the team to the top three.“He definitely got their seal of approval,” she said.

In January 2019, when she took him to Veritas Vineyards in Charlottesville, Va., for his birthday, he said, “I realize I want to marry her.”

He quickly enlisted her good friend, the manager at DTR Modern art gallery, to help with the proposal.

Her friend invited her to a fictional event in April. That evening they met at the gallery where she told Ms. Crowley to check out an exhibit of an up-and-coming artist. Mr. Douds had hung 15 enlarged photographs of significant places in their relationship: No. 1, a blurry shot of the karaoke bar where they met. She first thought it was a crazy coincidence and quickly texted Mr. Douds a snapshot of the photo, but by the third photograph, she knew something was up. And at No. 15 — a photo of the art gallery itself — the caption read: “This is where the couple got engaged on April 24, 2019.”

On cue, Mr. Douds, who had been watching her on a closed-circuit security camera, appeared on one-knee.

They planned to get married in June 2020 with 150 guests at the Army Navy Country Club in Arlington, Va., but amid the pandemic moved the date.

On May 1, the Rev. Kenneth C. Knapp, a minister affiliated with the Federation of Christian Ministries, officiated at the club before 40 guests. Later, Mr. Douds surprised Ms. Crowley by singing John Legend’s “Conversations in the Dark.”

“I’m just lucky I get to listen to his voice for the rest of my life,” she said.