THEY never got the chance to meet her – but that hasn’t stopped Meghan and Kate honouring their stylish late mother-in-law.

We take a look at how the two women have paid tribute. 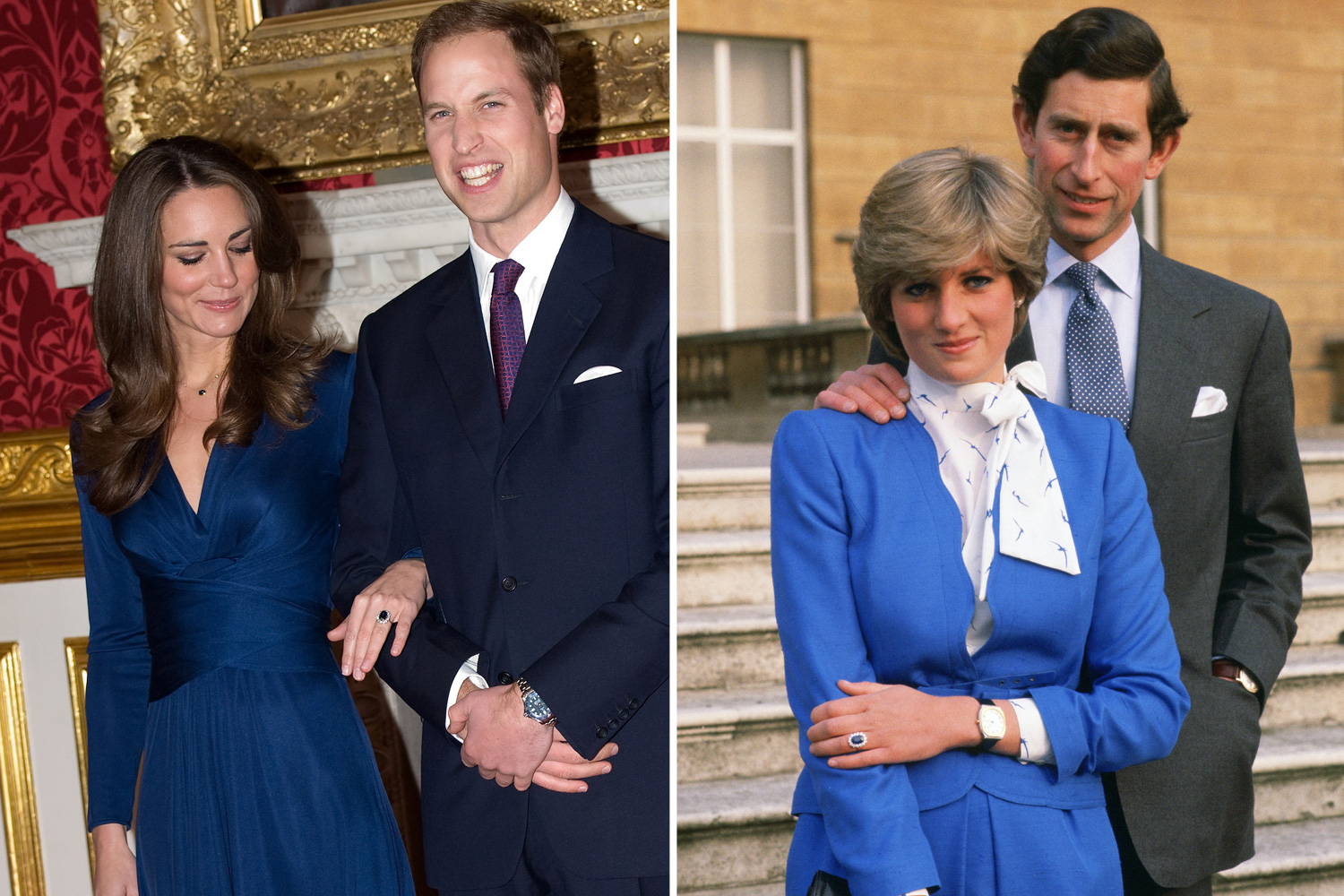 Everyone looked straight for the ring when Lady Diana Spencer and Prince Charles announced their engagement back in February 1981, and her 12-carat oval sapphire surrounded by 14 diamonds from British jeweller Garrard – thought to be bought for £28,500 – didn’t disappoint.

The rock made another appearance in 2010, when Prince William showed his love for both his mum and new fiancée, Kate Middleton, by popping the question with the very same ring during a romantic trip to Kenya that October. 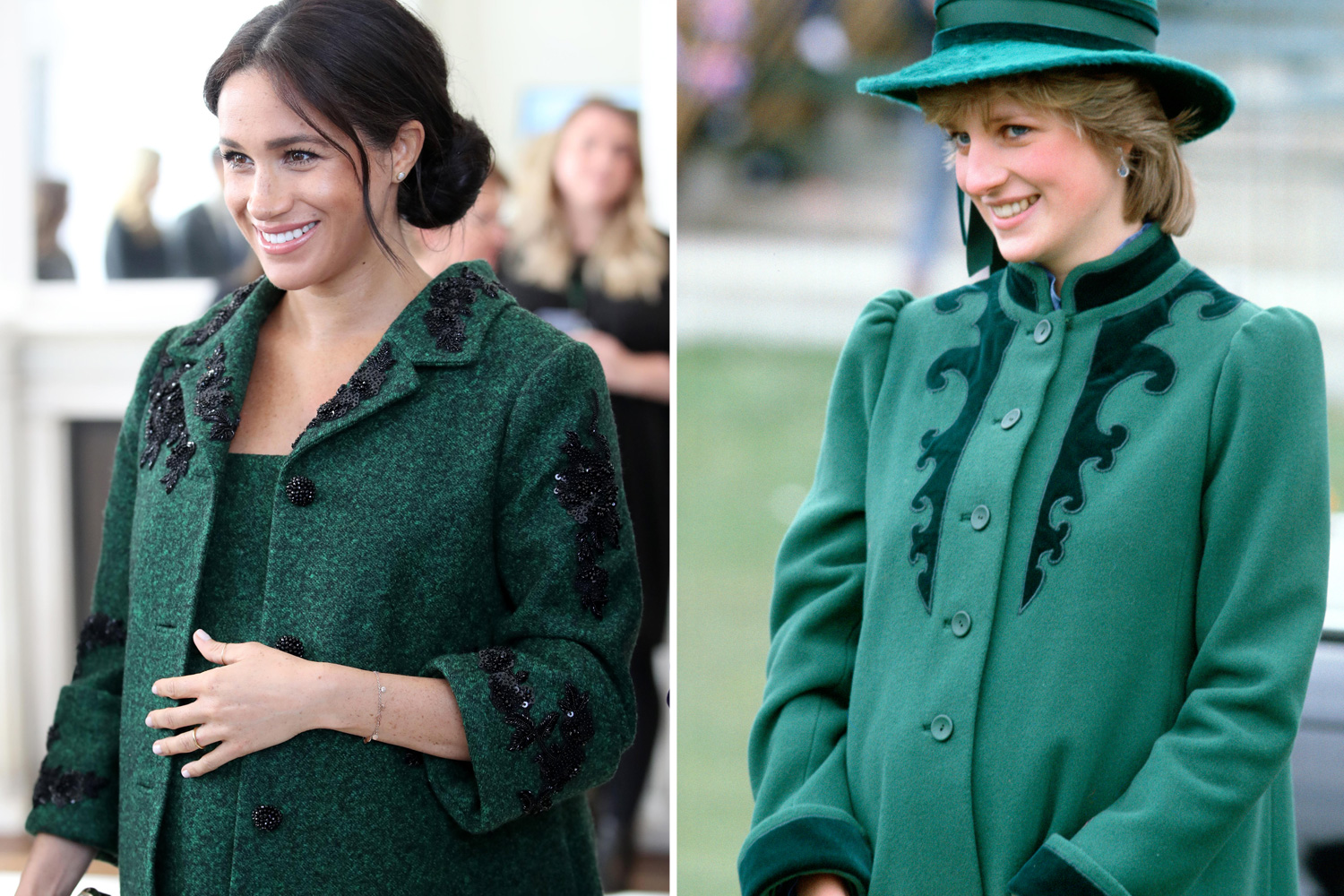 In March 1982 Diana wore this striking embroidered green coat by Bellville Sassoon, paired with a John Boyd hat. She was six months pregnant with William at the time.

On Commonwealth Day in March 2019 Meghan stepped out seven months pregnant with Archie in a strikingly similar coat by British label Erdem. 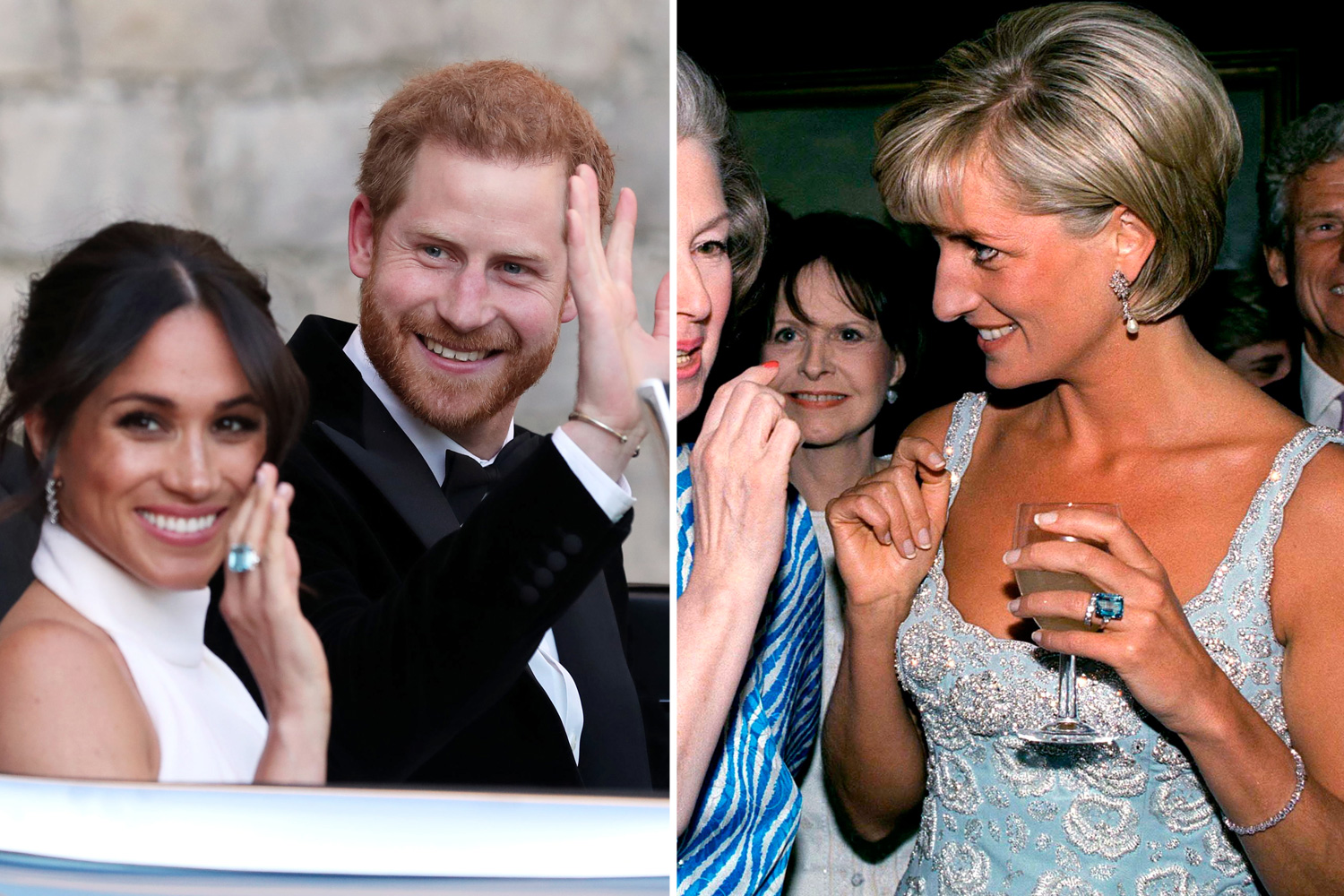 Princess Diana’s aquamarine cocktail ring dazzled as she chatted to her stepmother Raine, Countess Spencer, during a charity fund-raiser in London in June 1997. The special ring was thought to be commissioned by Diana after her divorce from Prince Charles.

In May 2018 it was spotted again, this time worn by Meghan on her wedding day, after she and husband Harry had changed into evening attire. Meghan showed off the ring – now said to be worth around £100,000 – as the newlyweds drove in an open-top car to the evening reception at Frogmore House. 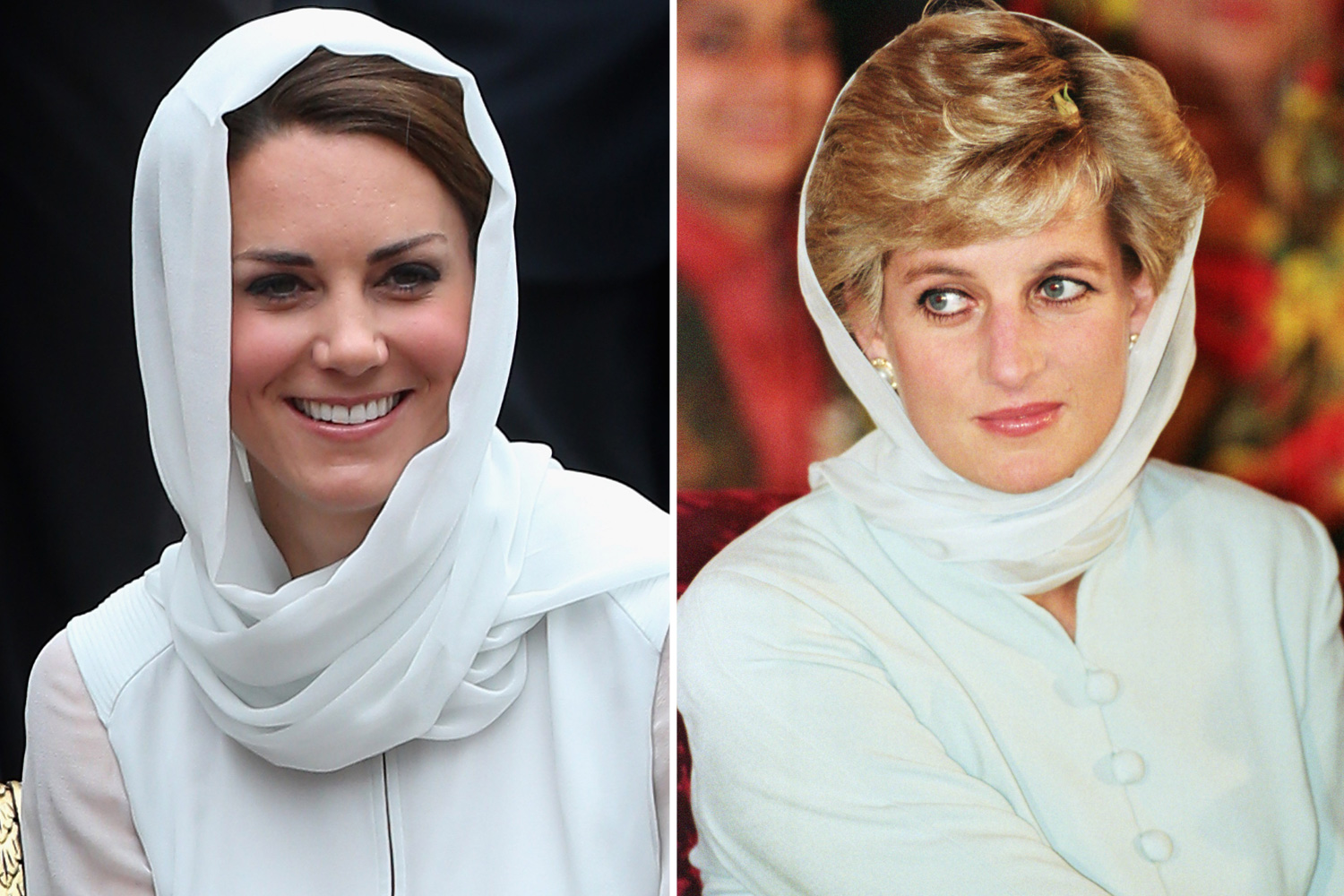 Diana was a vision in her mint-green salwar kameez during a visit to the Shaukat Khanum Memorial Hospital in Pakistan in February 1996.

Kate not only shares her mother-in-law’s love of charity work, but also her style – she donned an almost identical outfit for her visit to a mosque in Kuala Lumpur during the Cambridges’ Diamond Jubilee Tour of the Far East in September 2012. 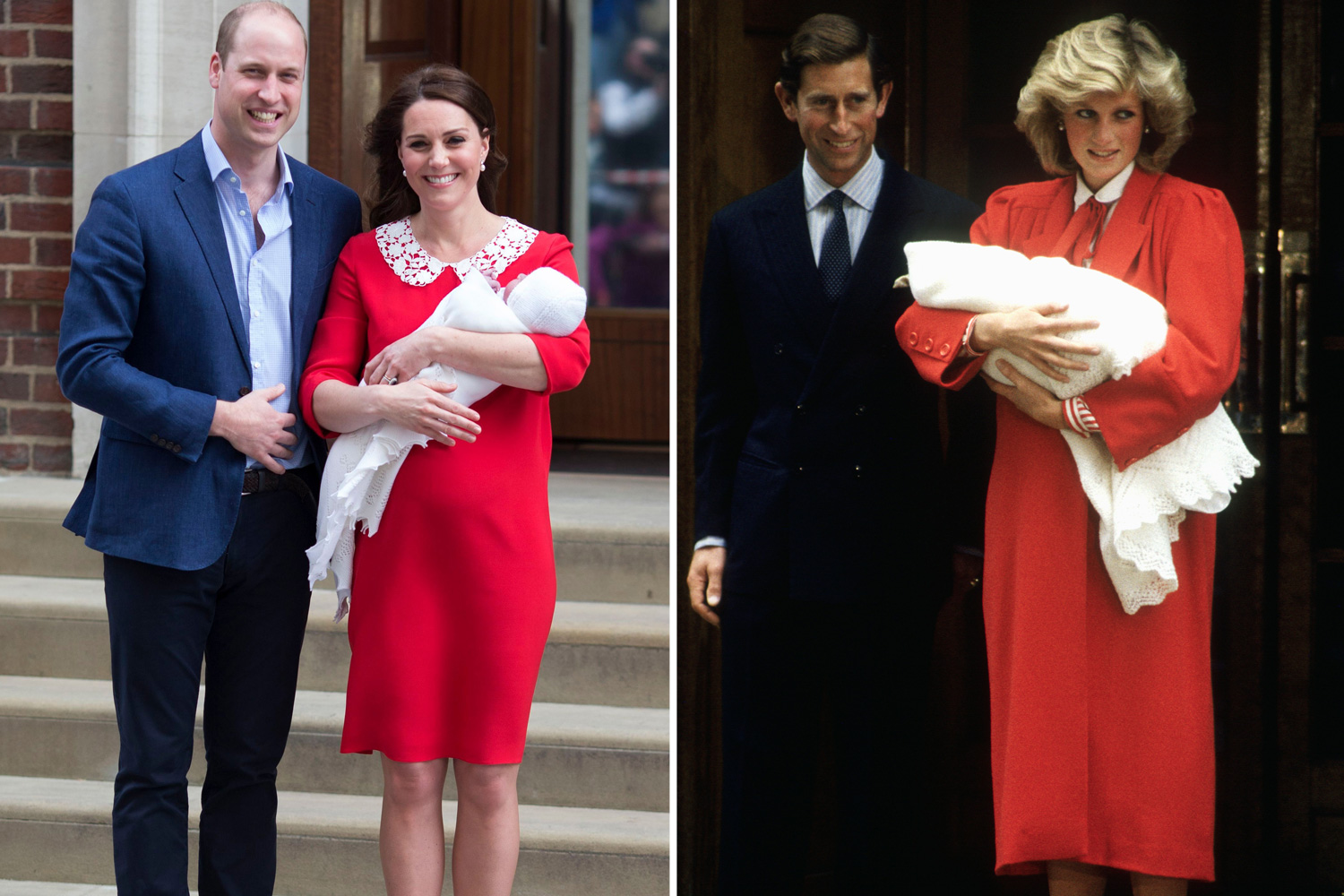 Di looked as polished as ever in a red dress with Peter Pan collar while exiting St Mary’s Hospital with newborn Prince Harry in September 1984.

Kate too left St Mary’s wearing a red dress with a lace collar, this time by Jenny Packham, while cradling Prince Louis in April 2018. How adorbs! 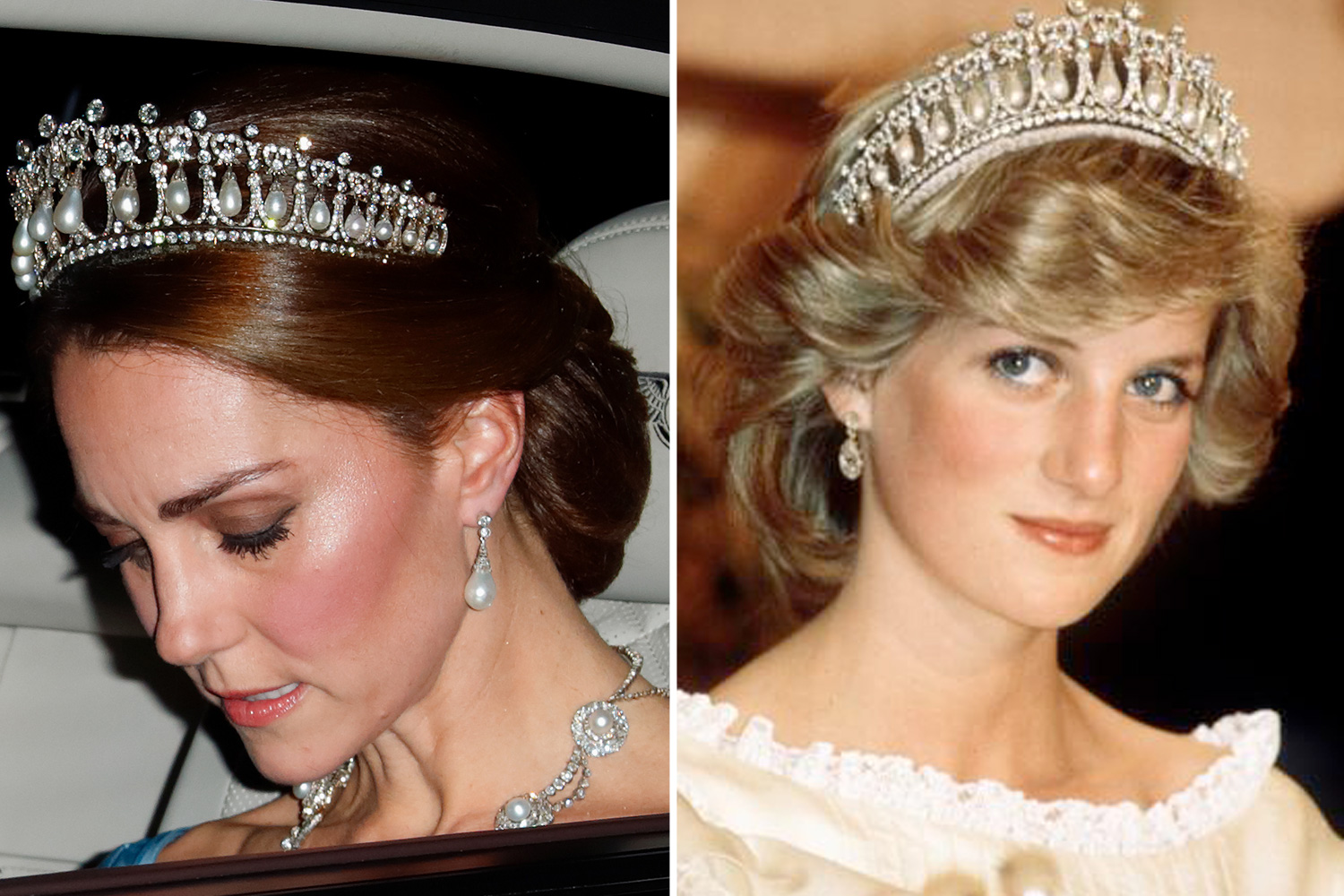 Diana often wore this heavy but breathtaking “lover’s knot” tiara passed to her from her mother-in-law Queen Elizabeth. It shone during an event in New Zealand in 1983.

The tiara, worth more than £1million, was passed on to the next generation, with Kate wearing it for several functions, including a state banquet at Buckingham Palace in October 2018.

EASY ON THE EAR 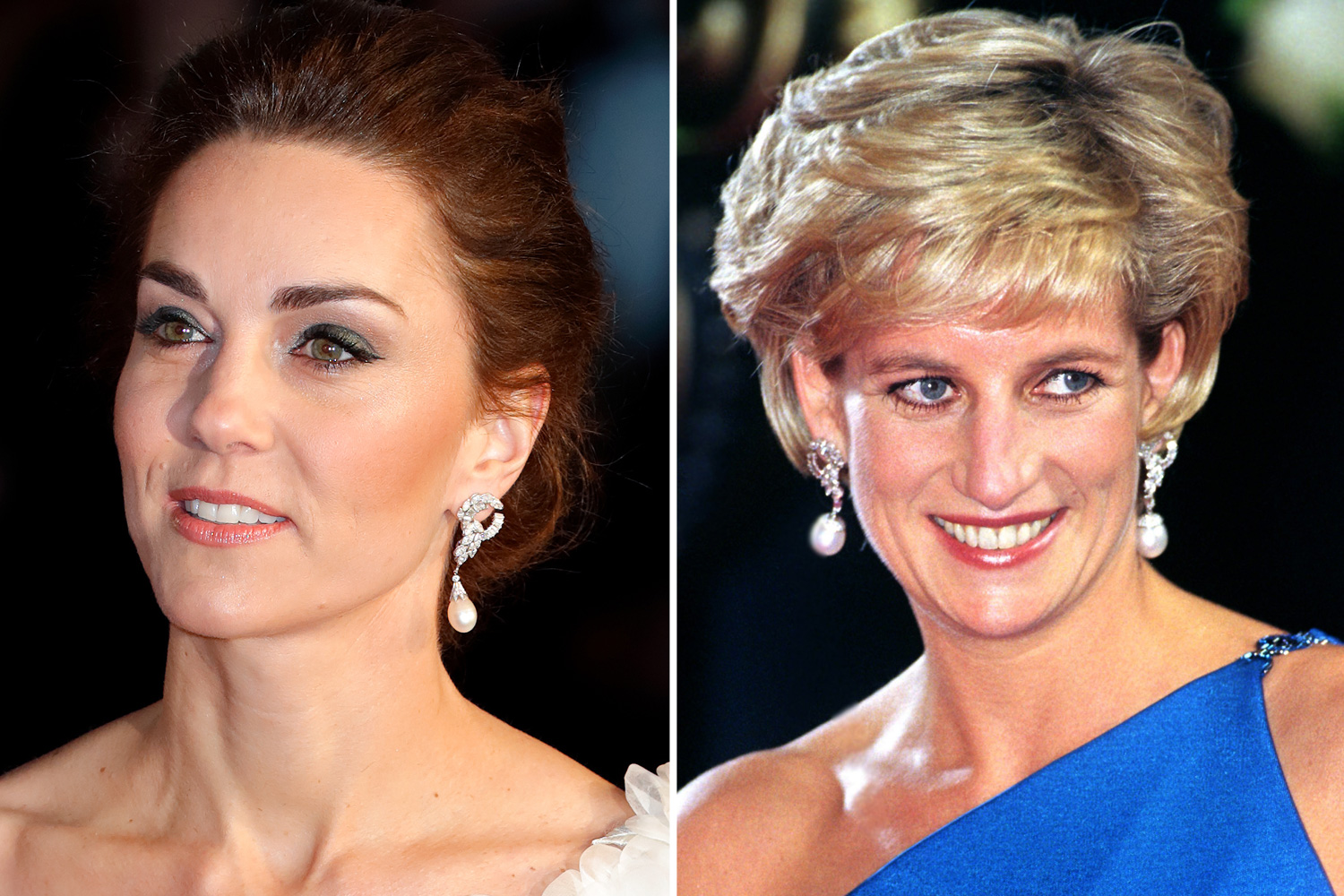 Diana’s diamond earrings with a drop pearl stole the show at a charity dinner in Sydney, Australia, in October 1996. Kate’s earrings at the BAFTAs in February 2019 were instantly recognisable as her late mother-in-law’s.

The only difference was that the original drop pearls had been swapped for smaller gems.