SUMMER holidays can be a lot for many families, but perhaps spare a thought for Britain's biggest family The Radfords.

Parents-of-22 Sue and Noel, who live in Morecambe, Lancs, often detail family life online – but the summer months become a tad more stressful with the entire family at home.

The Radford family live in a 10-bedroom former care home, which they bought for £240,000 in 2004, and summer holidays at home mean a range of bumper activities.

Additions to their back garden over the past year mean the family can enjoy their very own resort-style space – with a hot tub, pizza oven and outdoor bar.

But that doesn't stop them from enjoying a family day out either, and just like most Brits, a summer holiday is always on the cards. 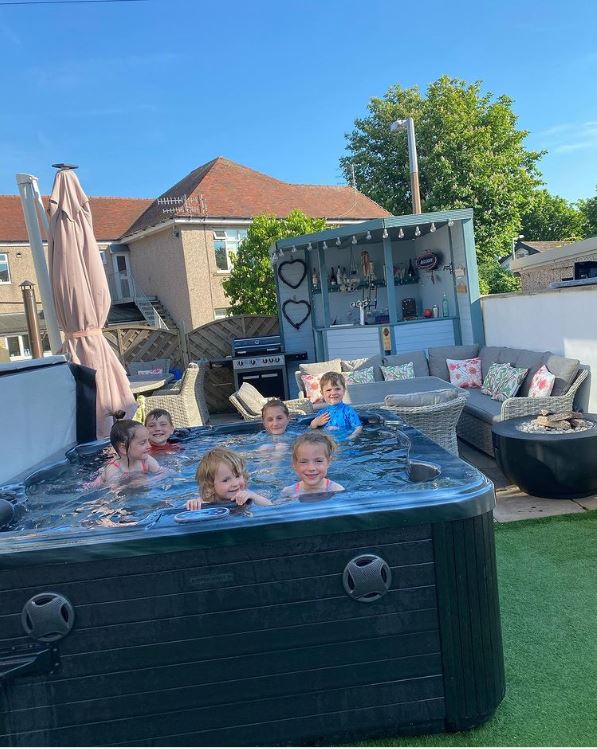 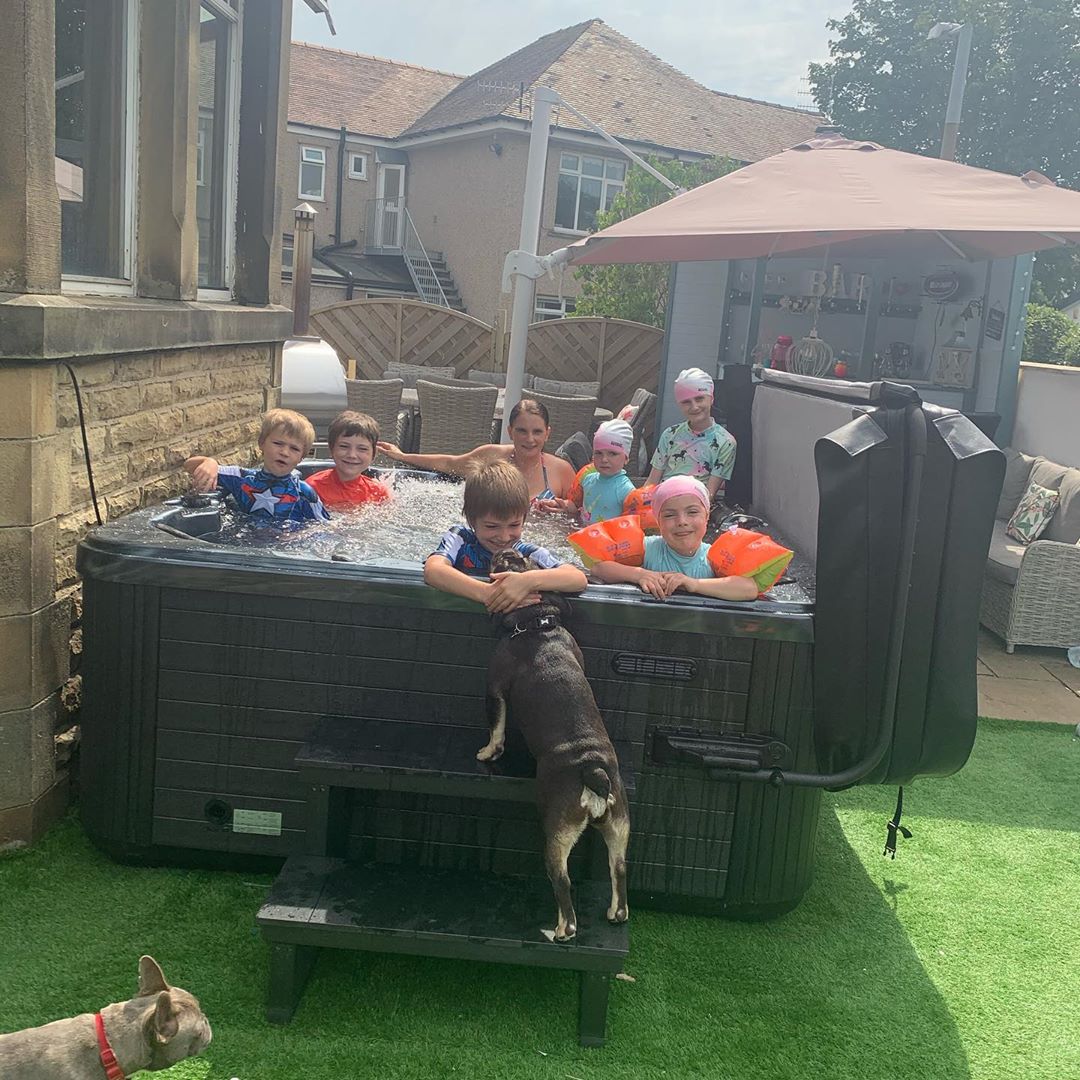 Last summer Sue and Noel added a swanky new hot tub to their envy-inducing garden and it's big enough to fit the entire family – well, almost.

The family made the most of the sunshine last year, particularly during lockdown, and chances are they'll do the same again in 2021.

The kids have crammed into the tub on countless occasions which is a great way to have some fun at home.

Sue and Noel also shared a snap of themselves as they soaked away the day in their hot tub while taking some time for the after the kids went to sleep. 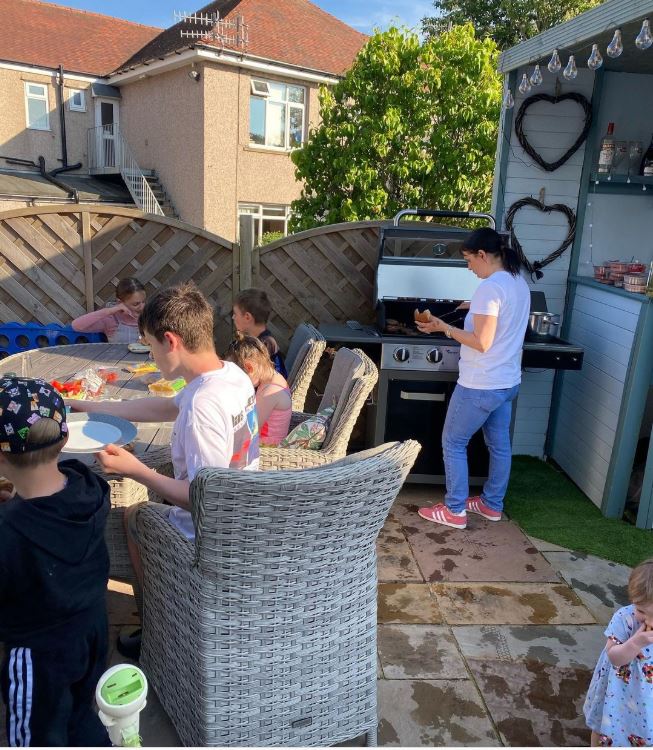 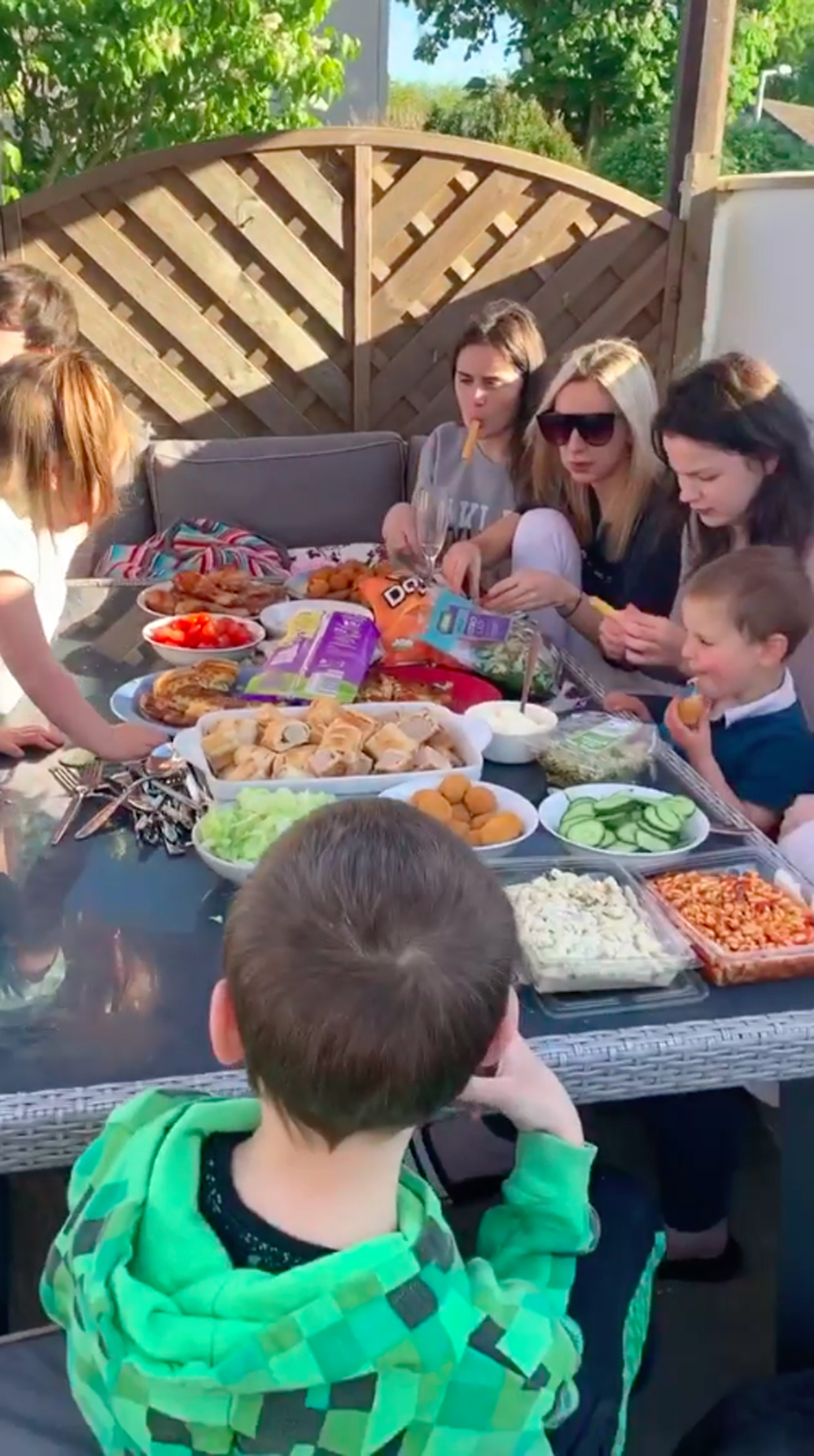 BBQs are the go-to for Brits during summer and luckily the Radfords have a pretty amazing set up of their own at home.

And with longer days and warmer nights ahead,we bet they'll crank up the fire regularly in the coming months.

Alongside the hot tub and a lush seating area, parents Noel and Sue can cook up a storm while the kids soak up some sun.

There's enough seating for the whole family to enjoy a meal outdoors too, as the resort-style yard even features a lush outdoor sofa. 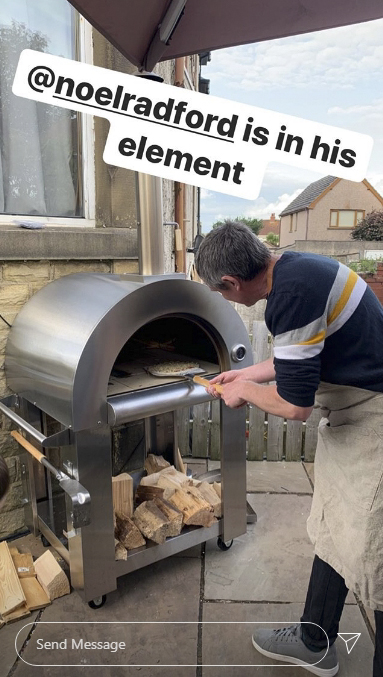 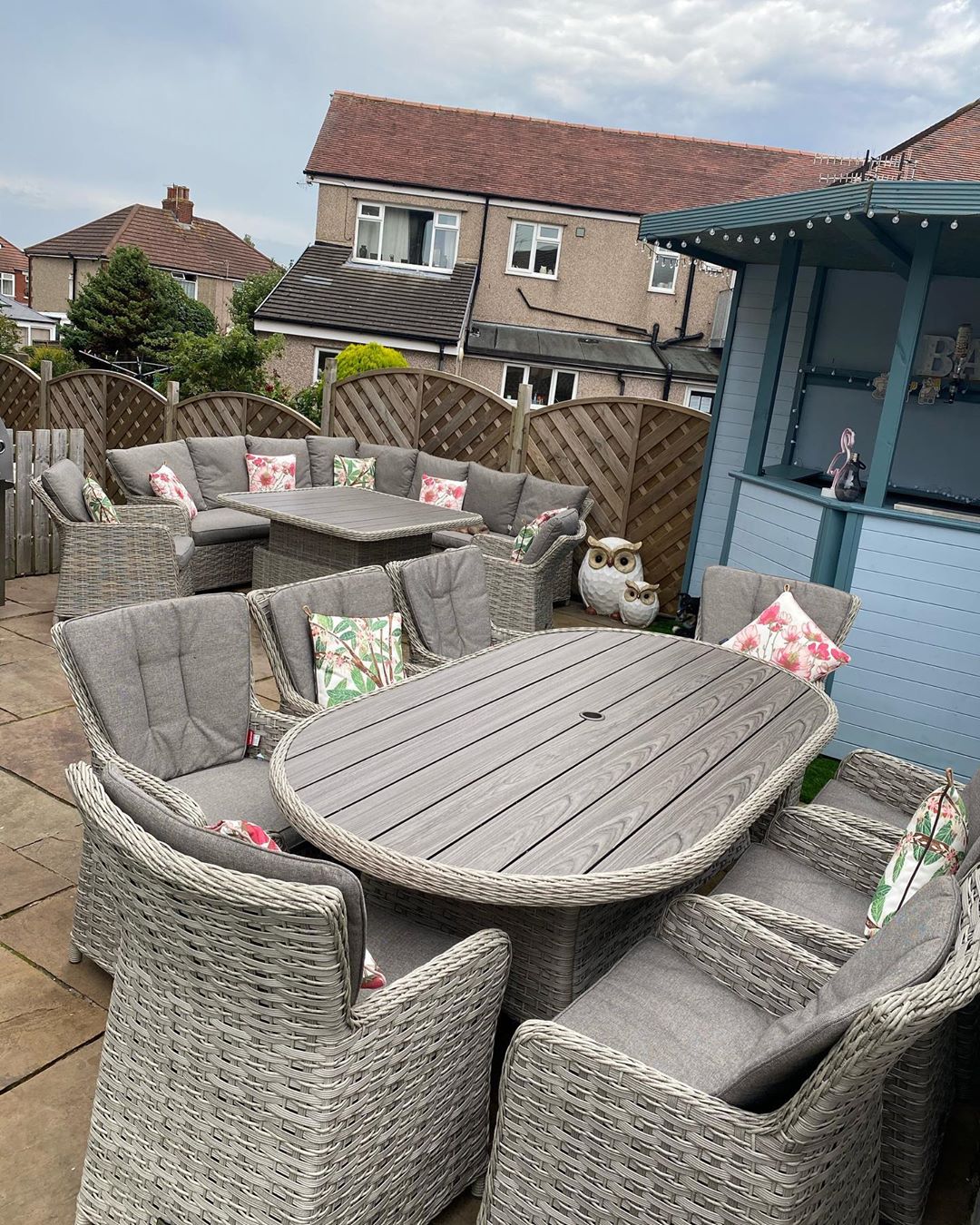 Last year Sue shared a snaps of her kids tucking into a BBQ feast courtesy of the hard-working mum.

And while it's a popular treat, the Radfords can easily swap a BBQ for some home-made pizzas, as the envious garden as a pizza oven too.

The huge stainless steel outdoor oven was from Aldi and cost a whopping £499.

And dad Noel appears "in his element" when he preps dinner for hisbrood. 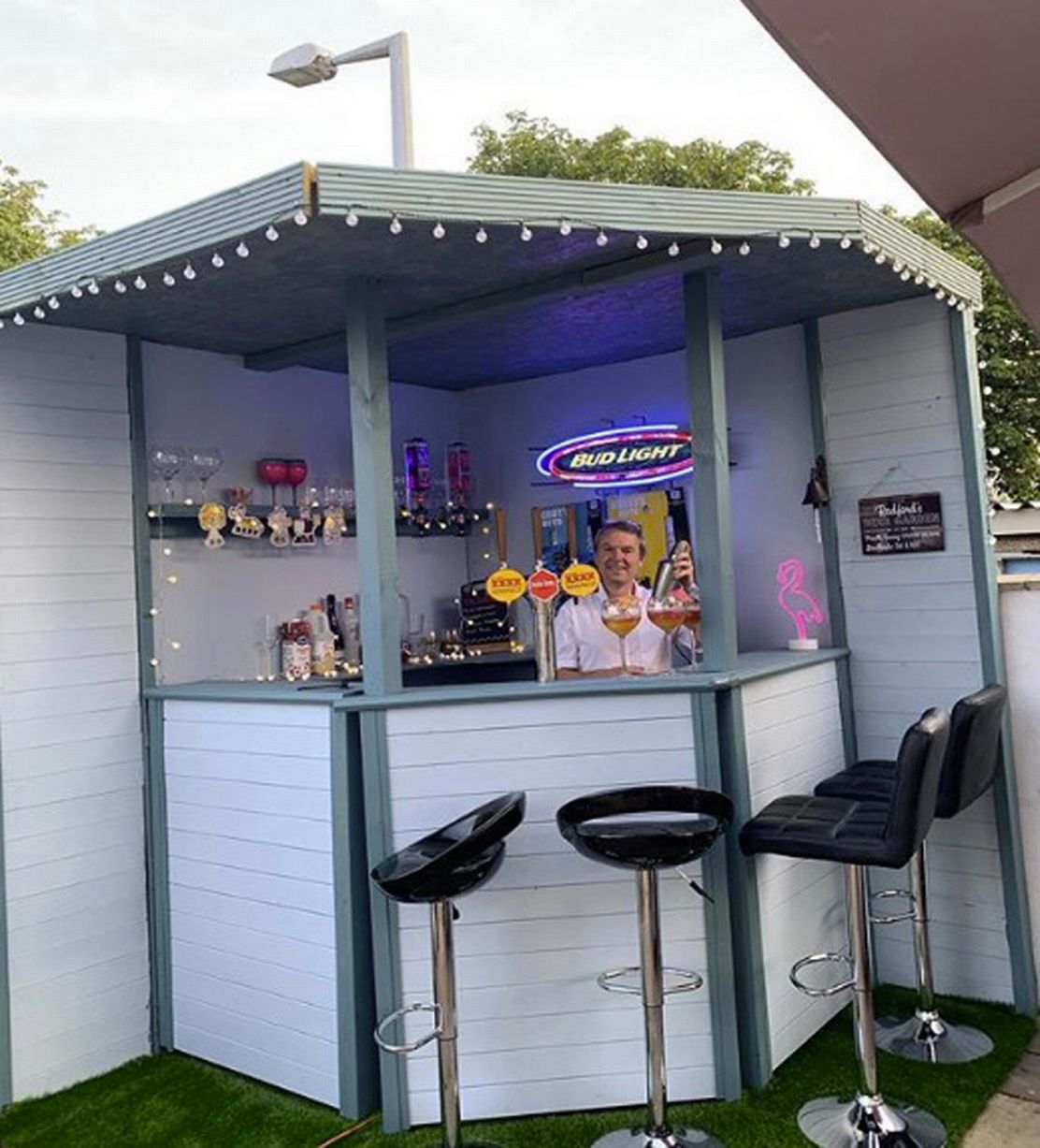 Adding to their ever-expanding garden of fun, the family also have a water play area for the kids and large bean bags as a seating area – which is perfect for the summer months.

And for the adults and older kids, there's an incredible garden bar which Noel built himself in just a few days.

Meanwhile, the family can save on pricey trips to the cinema – which often costs them upwards of £100 each time – and use their own outdoor one instead. 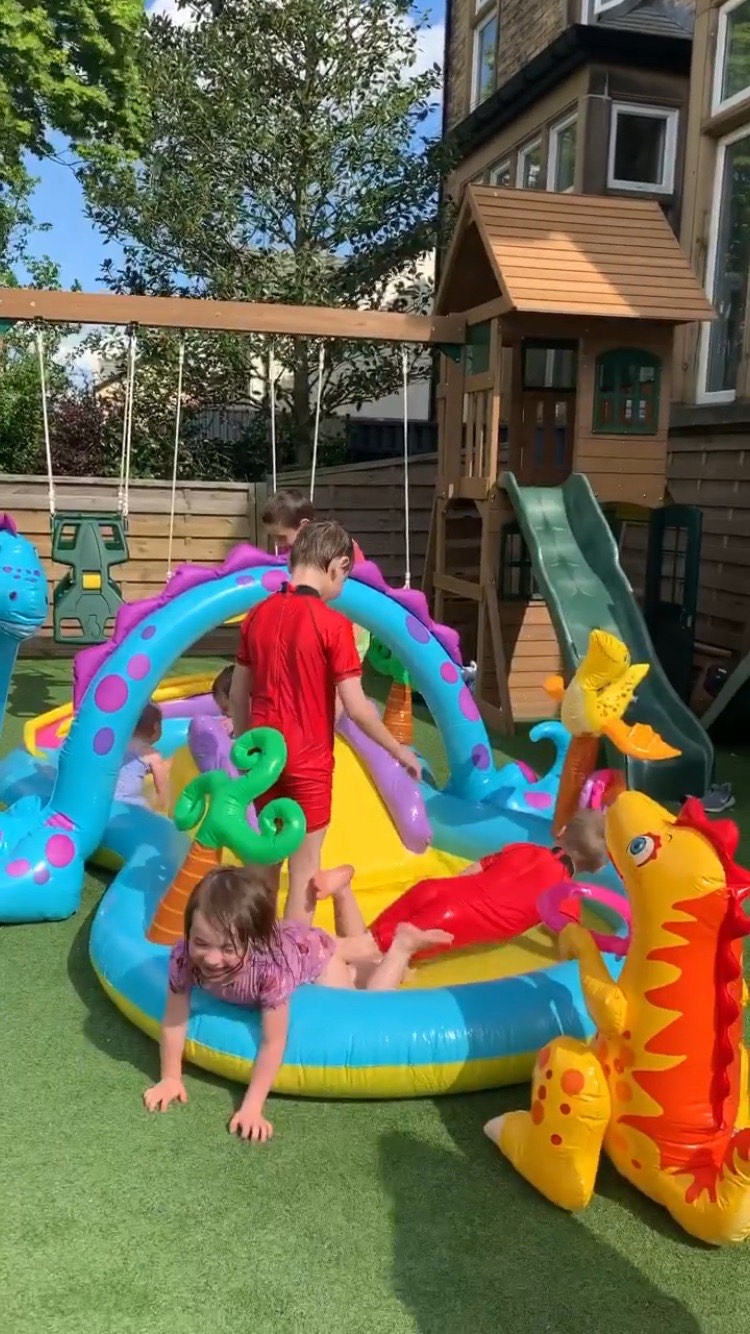 While it's often too cold for the rest of the year, the summer holiday means the kids can cosy up outdoors to watch a film.

The family set up a projector in their garden last summer and arranged a snug area using the outdoor furniture and plenty of duvets.

And while we haven't seen them use it yet, we bet it'll make a grand return in the coming months. 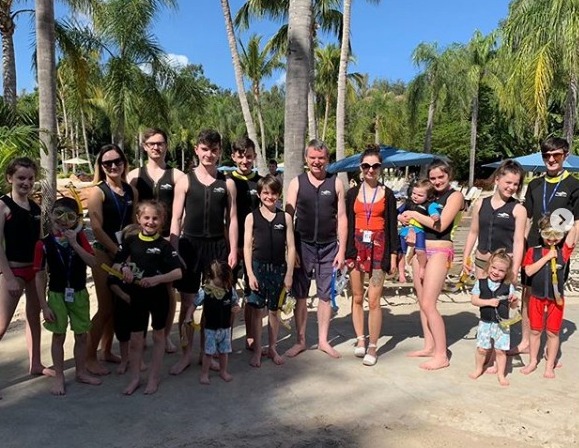 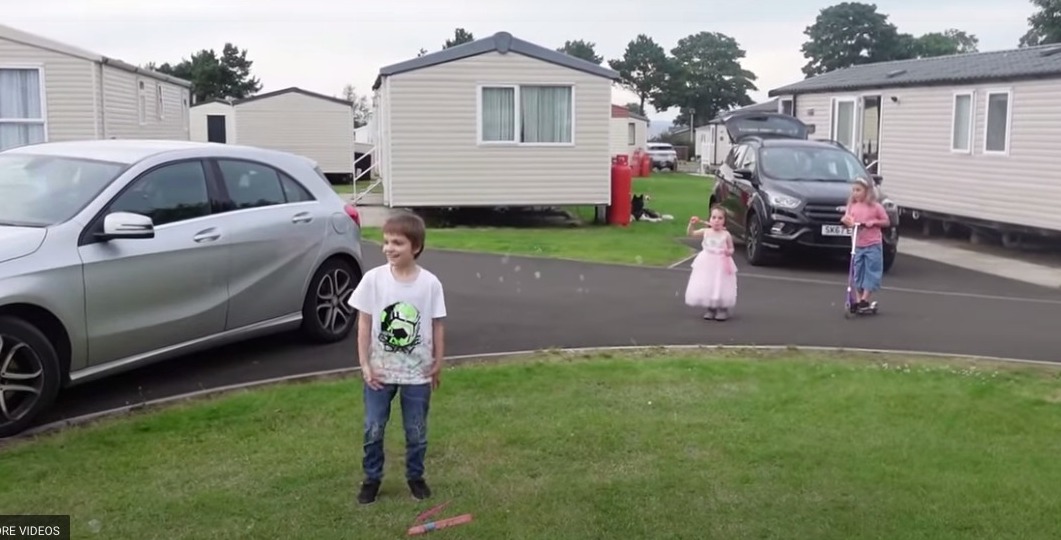 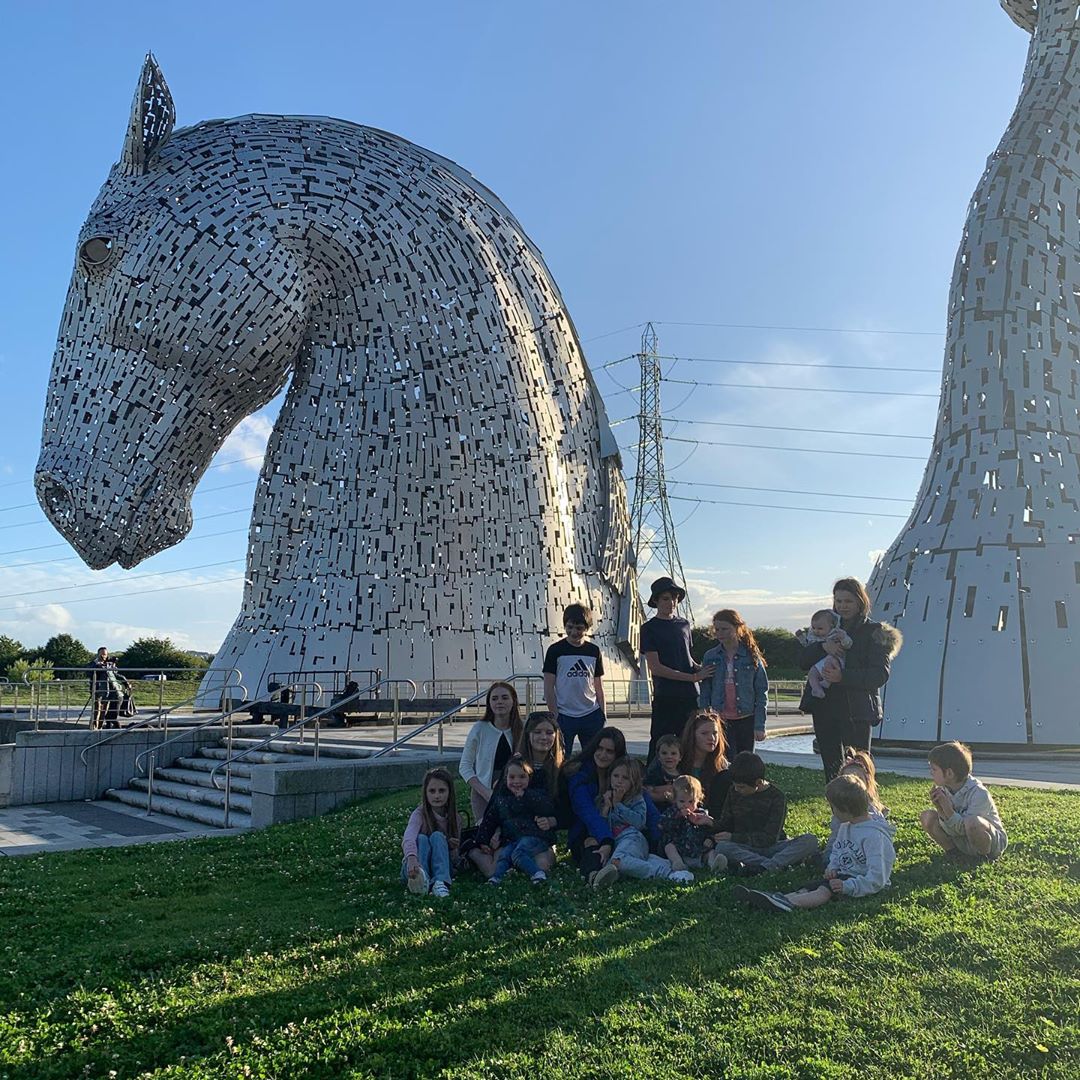 When your family's twice the size of a football team, you might think it's tempting to stay at home during the summer.

But Noel and Sue are determined their kids should have a normal upbringing – and still book family holidays with 21 kids in tow.

Previous trip have landed them in Florida, USA in 2018 and Holland in 2019,with multiple trips around the UK.

But regardless of where they end up "it's a military operation," says Sue. 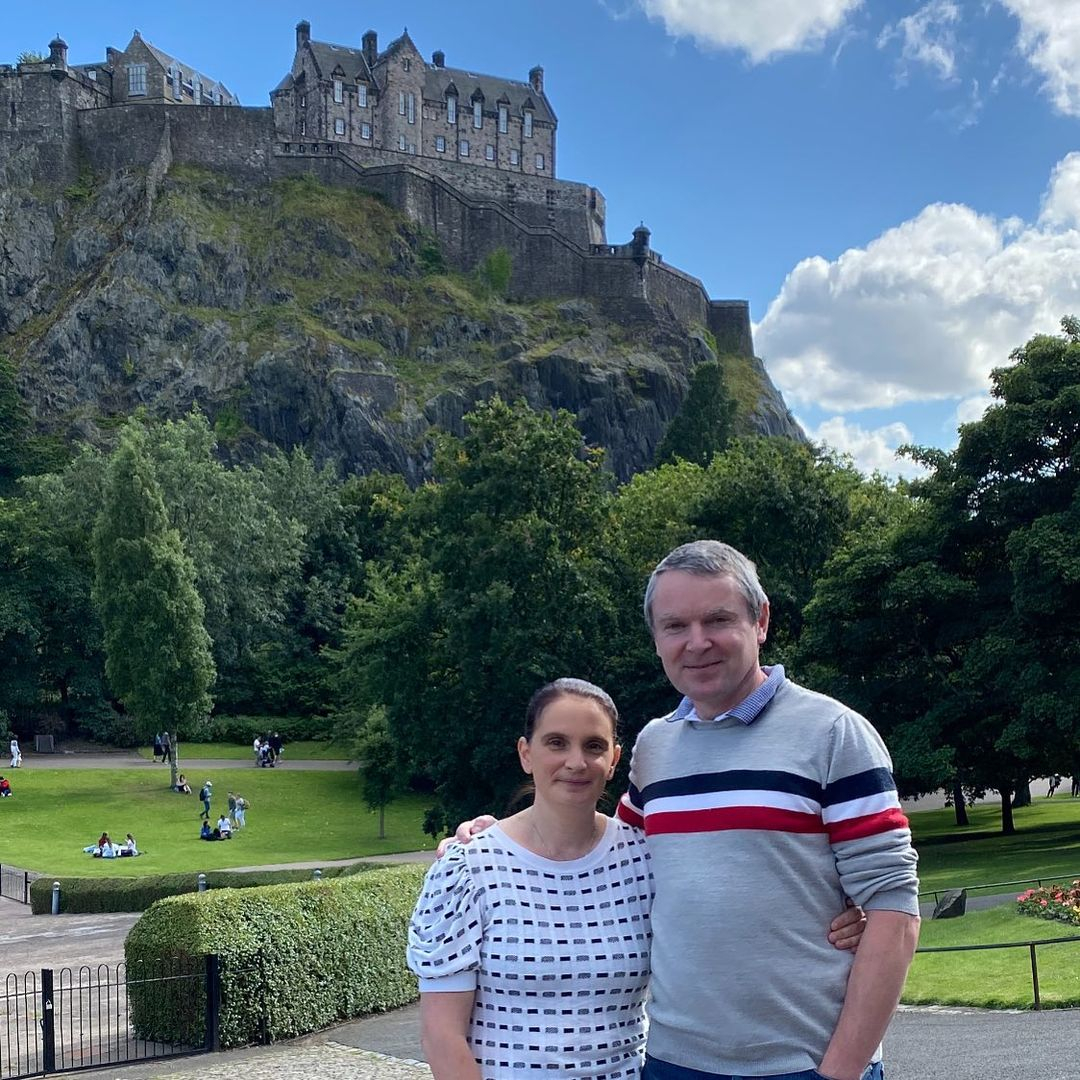 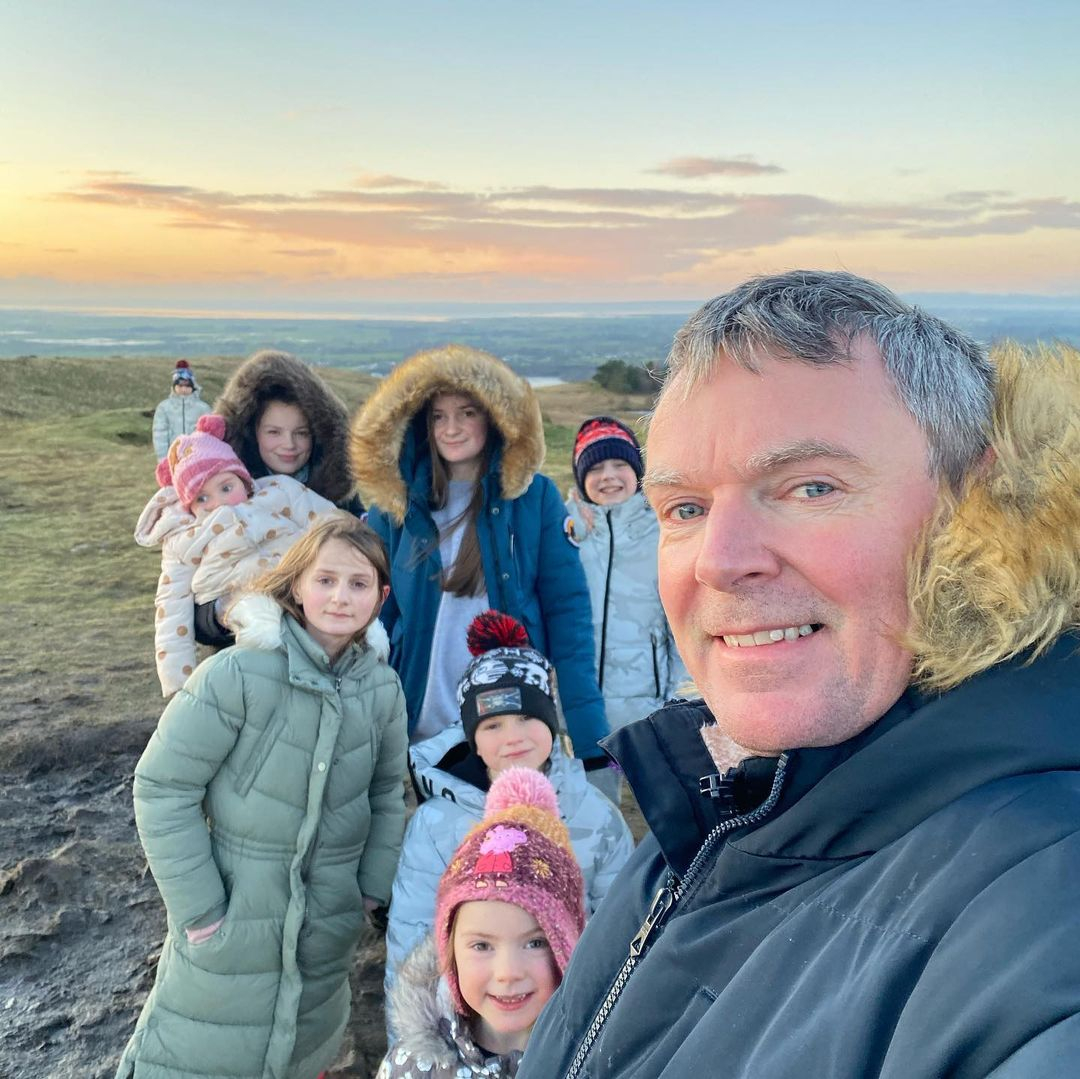 "The packing process is hard work, but if I put each child’s clothes into a bin bag and label whose it is, it makes it a lot easier when we get there," she previously revealed.

"Then I can get the bags out and put them away, rather than rooting through, trying to figure out whose is whose.

"Normally we take about seven suitcases with us."

Last year the family had plans to go to Australia, which were cancelled to to travel restrictions and covid.

So the family stayed local and booked a Scottish campsite instead – and while the kids has a ball, it was no less stressful. 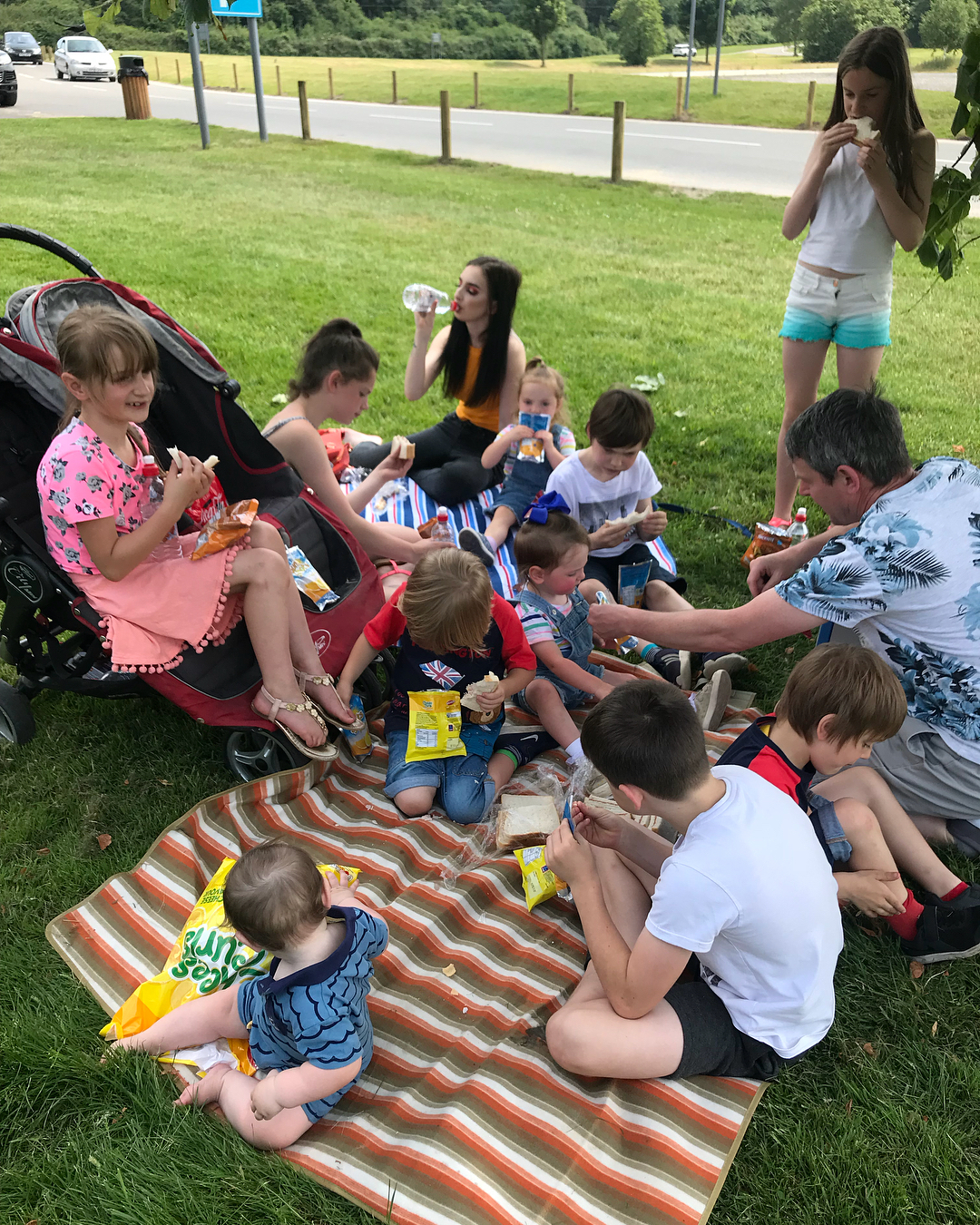 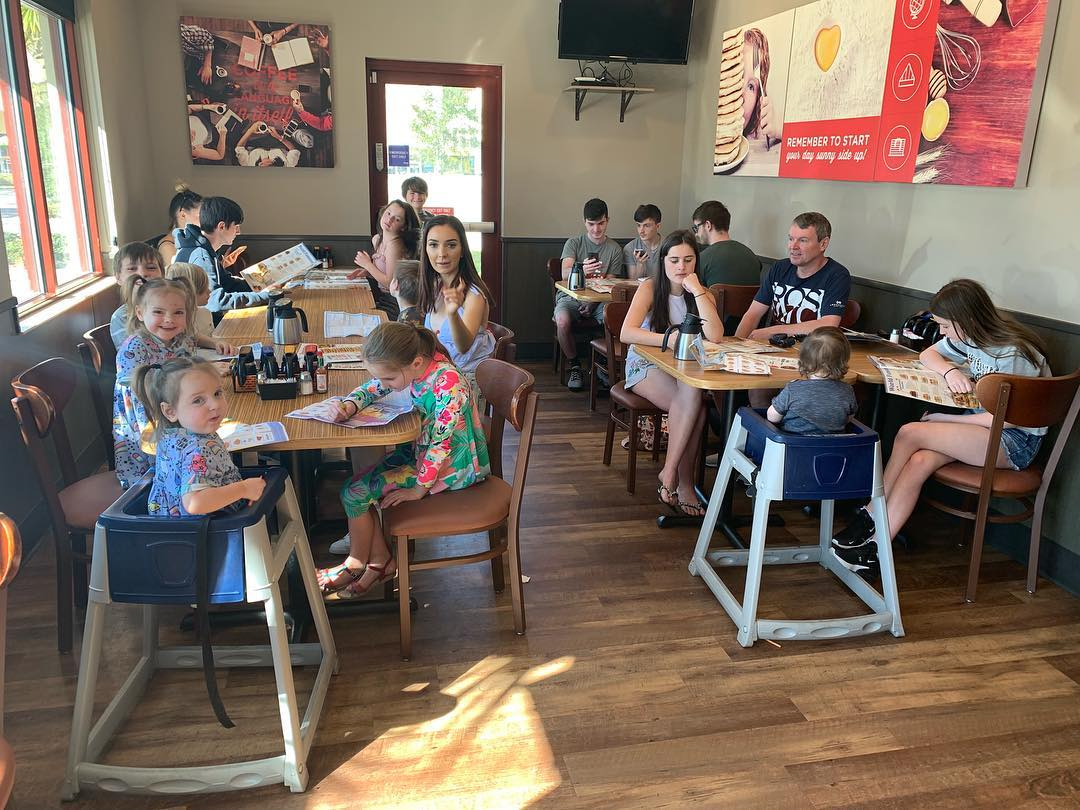 The family love spending quality time together – particularly when all the kids are home from school.

They aim to head out three days a week during the summer, but not everything costs them loads.

"We love going for walks to the park, the beach or going for a picnic with the kids," Sue previously revealed.

"There's a lot of days out that don't require spending money.

"If I'm doing a packed lunch for everybody, it’s two loaves of bread, three packets of sausage rolls, 24 packets of crisps, a bottle of cordial, it’s massive." 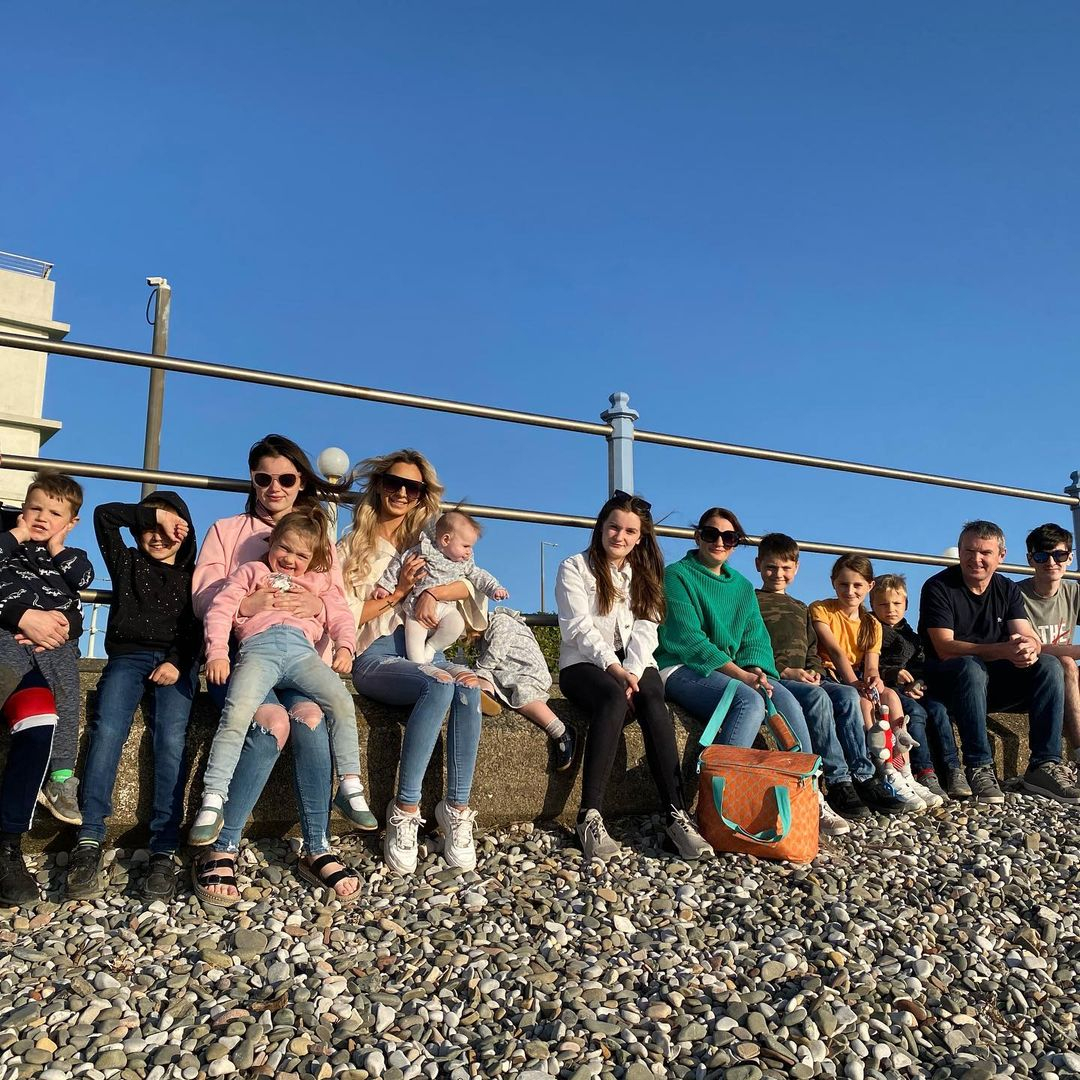 Speaking exclusively to Fabulous Digital, she said: "The summer holidays are a bit crazy and, with so many children, it gets very expensive. We don’t save for it, we just have to go with the flow."

Sue added: "The weekly food shop goes up massively, by about £100, during the summer. 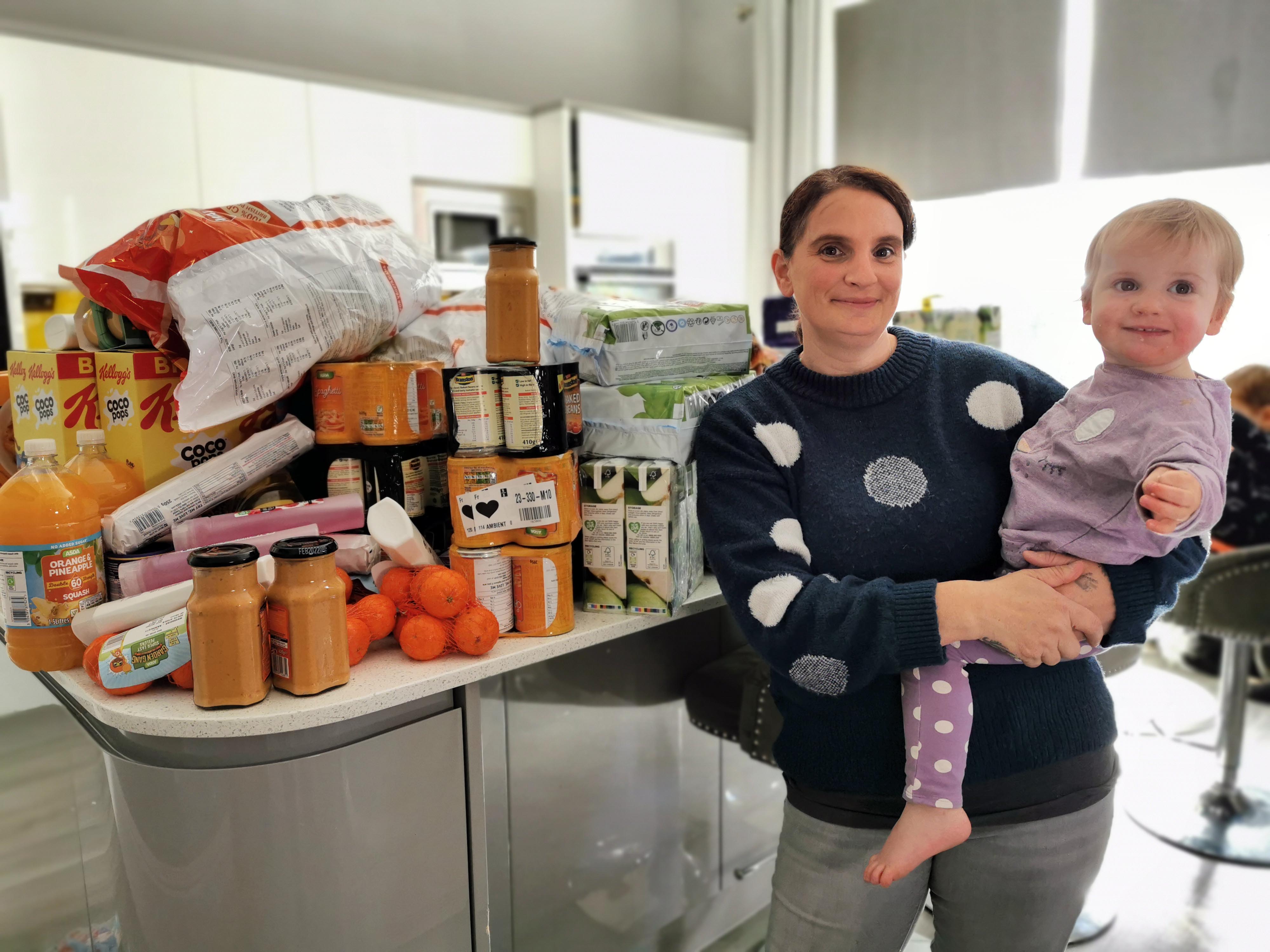 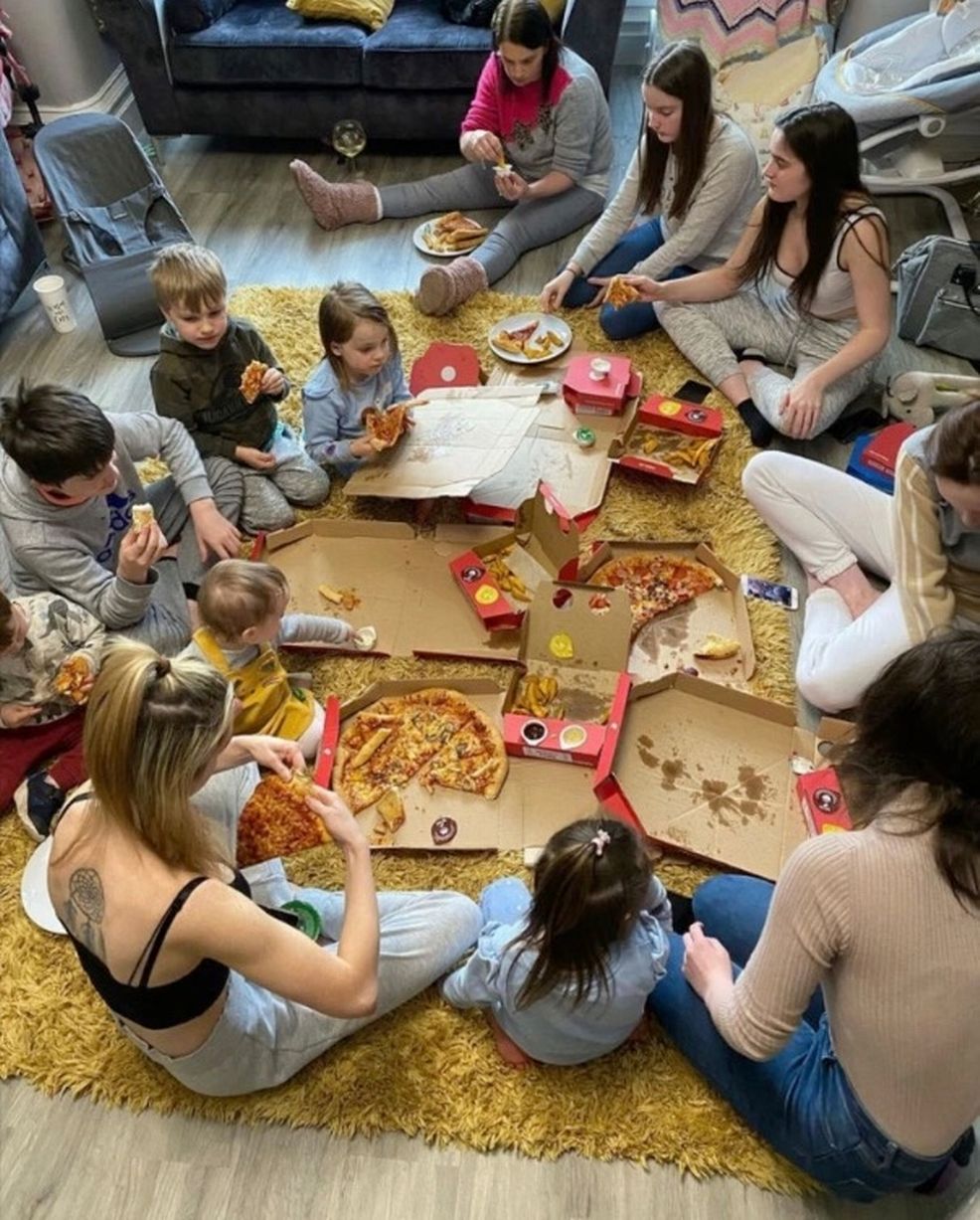 And even though the three oldest kids – Chris, Sophie and now Chloe – have all moved out, there's still a lot of kids to clean up after.

In fact, the supermum spends a whopping three house every night getting the home spotless – then does it all again the very next day.

Sue said: "The house does get messy. It’s the school holidays, I think you’ve just got the accept that. 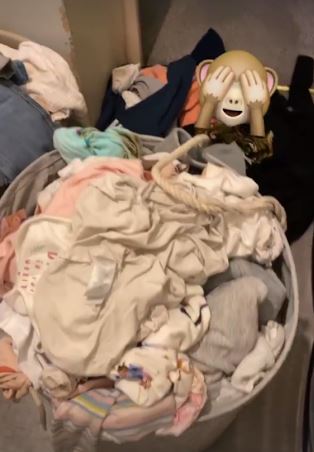 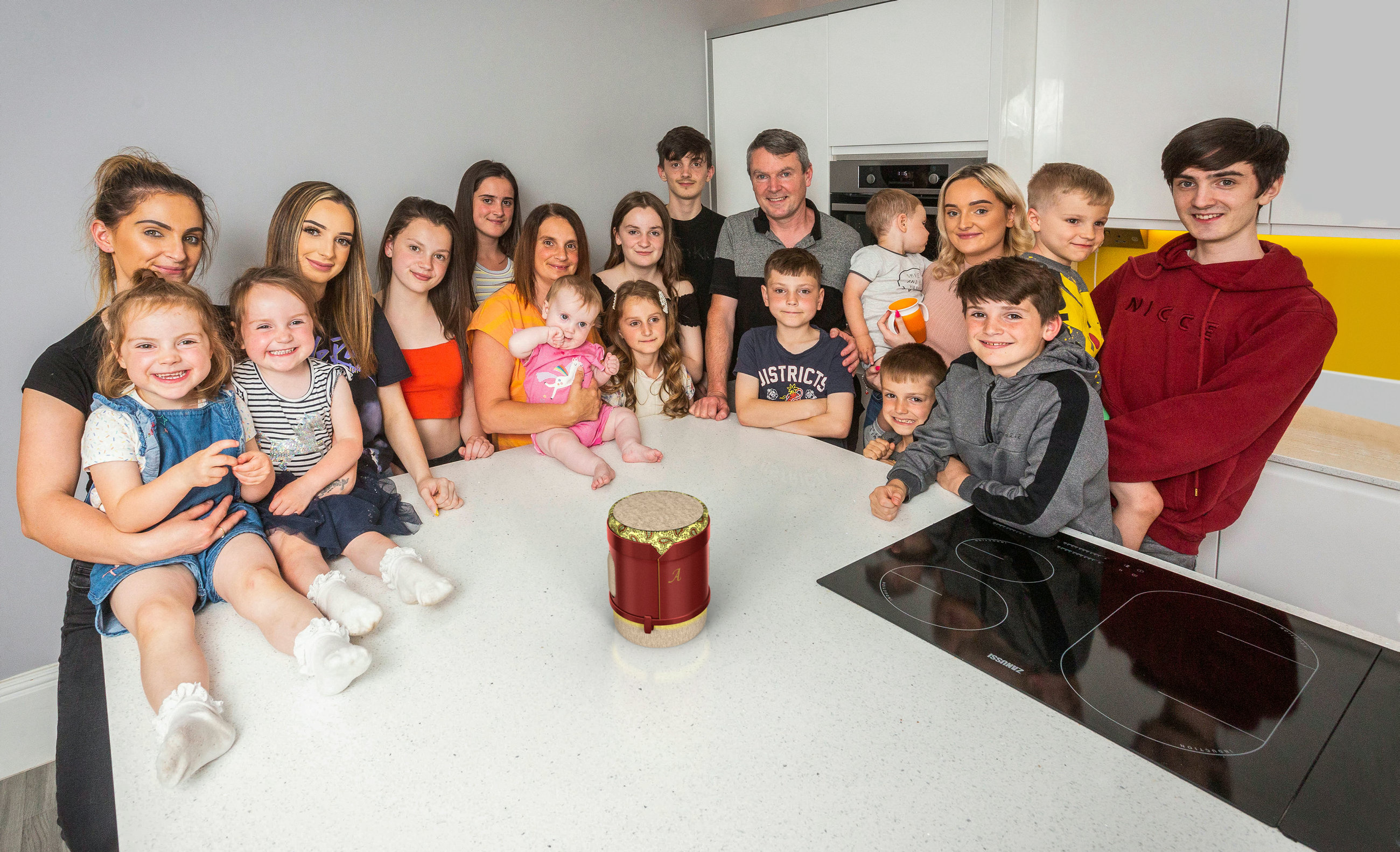 "I gut the house when the kids go to bed, rather than constantly doing it during the day.

"It takes two to three hours to clean up after them all, the kids can make an awful lot of mess very quickly.

"The laundry is non-stop during the school holidays, too. I do about three loads-a-day in my 18kg washing machine."

We also shared how the world’s biggest families are pals – with family-of-22 the Radfords visiting mum-of-16 Jeni Bonnell in Australia.

Plus a day in the life of Britain’s biggest family the Radfords with 6 loads of washing, HUGE pie dinners & militant bedtimes.