Iceberg and model and entrepreneur Kailand Morris are expanding their relationship, with a capsule collection launching today at Iceberg stores, the Iceberg website and select global retailers.

The collection, comprised of men’s ready-to-wear pieces including T-shirts, hoodies, cargo pants and outerwear like puffer jackets and anoraks in bright bold colors such as light taupe, steel blue and vibrant orange, feature psychedelic designs by artist Vameee on sweatpants and logo T-shirts.

Morris, who is the son of Stevie Wonder, has a relationship with the brand that dates back four years and he walked in Iceberg’s spring 2019 show, according to Iceberg creative director James Long, who said he met Morris at Coachella.

“It was a chance meeting,” Long said. “I met him when he was quite young and he and his brother were into the brand. His father phoned me and said he was very pleased that Kailand was wearing the brand, but since then Kailand has grown into his own and his own lane, which is nice to watch as well.”

“What a great time that was,” Morris said, about walking in the Iceberg show. “If I remember correctly, I just got off the plane arriving in Europe, I went straight to the show. Never did I think I was walking but rather there just for attendance. I went backstage to go to say hello to James Long and the Iceberg family, and next you know they put me in the show! Unplanned but such a beautiful moment.” 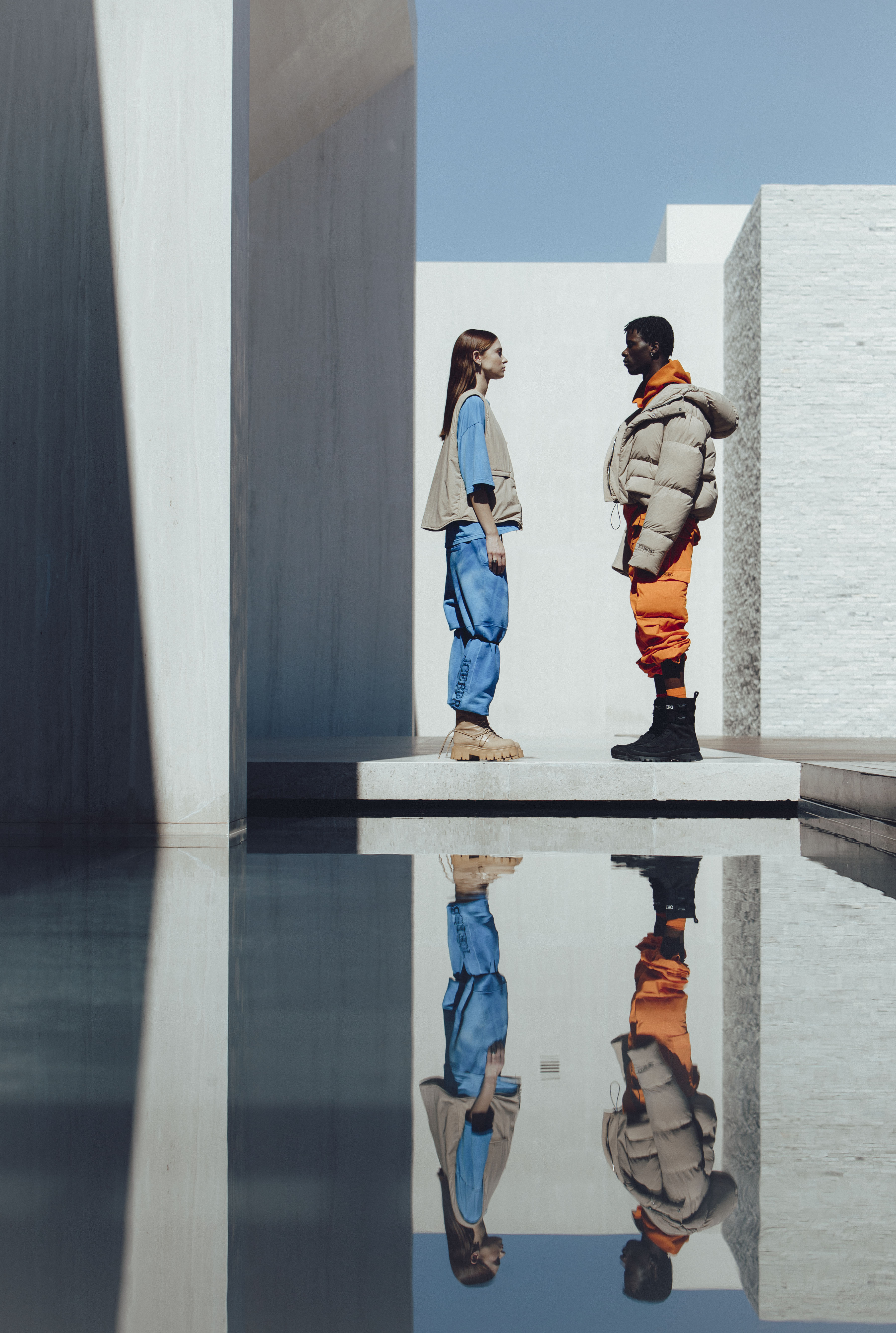 After that, Morris also walked in the Jacquemus and Comme des Garçons shows and fronted the Dior Men’s modern tailoring collection.

The model was already very interested in Iceberg and said he was most interested in the history and its relevance in 2000s fashion culture. The partners worked together on a few projects like a T-shirt to benefit the Watts Empowerment Center in Los Angeles prior to this endeavor (Iceberg donated separately to the fund).

“Kailand continued to work with the brand on a few other things,” Long said. “It’s been two to three years of doing things together now so it feels quite honest in a way. He got to learn how the team works. Sometimes people don’t like another creative to come in, but I love it because it’s a new energy.”

In addition to working on the collection together, Morris led the campaign shoot in Mexico in concept and styling. “We worked on it together, but he did the styling,” Long said. “It’s great to work with someone who knows what they want.”

Long continued about the partnership, “I think it’ll be ongoing. I know Kailand is interested in doing trainers and he’s interested in the perfume we’re doing. He’s part of the team in a way and we like working together. He’s a great person to have around in the studio. Iceberg has a big history in America and we want to do much more in America as well so it’s nice that we have this exchange.”

Morris added about the collection, “It was great in the end. Obviously, there is a lot of long hard work put in on both ends: the collection and the campaign. But for me I enjoyed it all. The highs and lows. Being able to orchestrate my first collection and campaign is such a beautiful thing to see and to experience.”