WITH winter on the way and lockdown restrictions tightening up around the country, mums are creating their own entertainment.

One mum wanted to create a magical snowy scene in the living room for her daughter, but was shocked when she was quoted nearly £300 by a company. 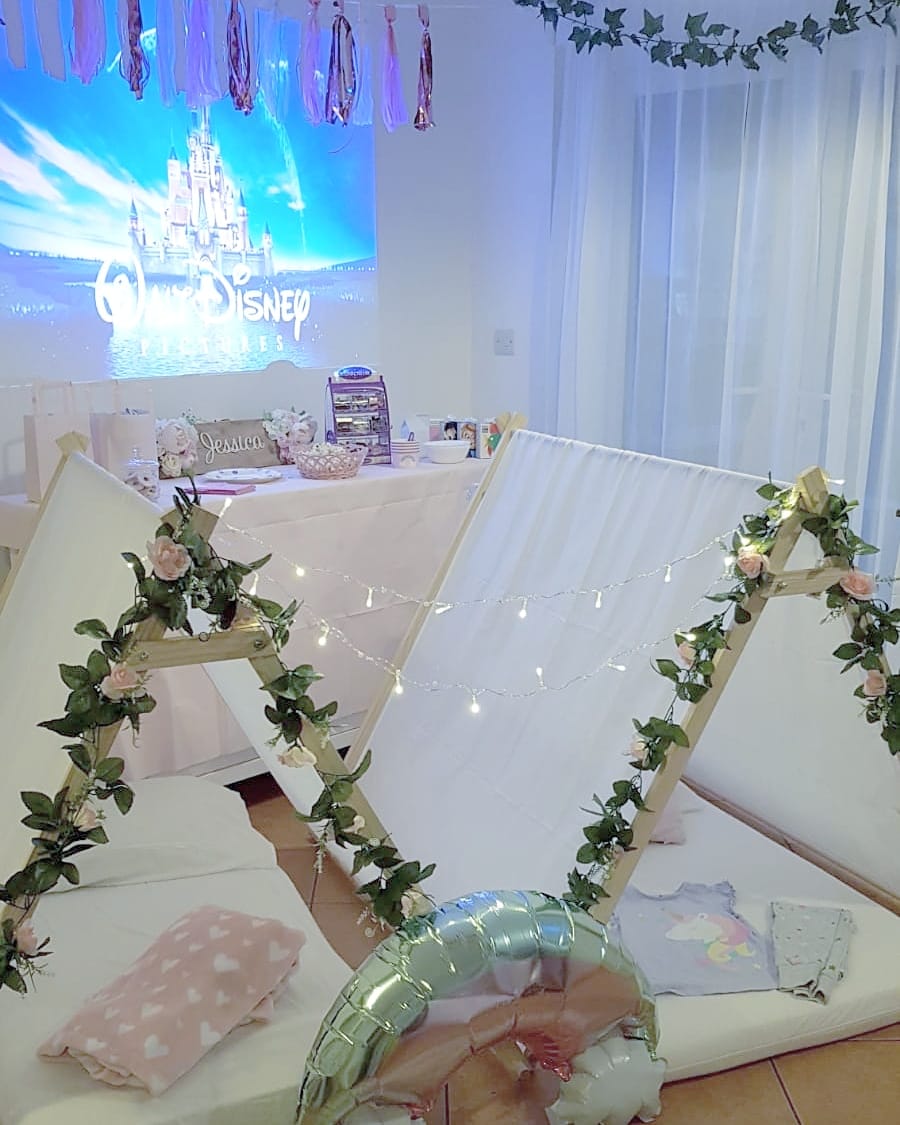 Instead she made it herself using eBay tents and Poundland bargains, and saved herself hundreds in the process.

She shared her DIY movie set-up to Facebook group Extreme Couponing and Bargains UK, saying: “Do it yourself sleepover.

“So I wanted to do a sleepover for my daughter and was quoted almost £300 from a company which to me is just insane for 2 people.

“So I found these tents for £25 each took the mattress off my daughter's bed and used sofa cushions for mine.

“Added some flower garlands which I already had that I got from eBay £3 each.

“£1 fairy lights from Poundland added a table cloth with crisps & sweets costing about a fiver.

In the clip you can see the enticing Walt Disney logo on the screen, and her daughter’s cosy pyjamas laid out in the tent.

More than 8,000 people have liked the post, as fellow parents praised her home-made film night.

Another wrote: “Awww, you have done an amazing job.”

A third commented: “This is fantastic. My sleepovers consist of….. Find a space, grab a duvet and sleep.”

This mum thought: “Magical sleepover for a youngster.”

And someone else raved: “Lovely she’s a lucky girl.”

Meanwhile Christmas fanatics are going mad for The Range’s festive gnomes saying they are perfect for spreading cheer.

And Studio has released matching family Christmas pyjamas from £6 – and there’s even one for the dog.