“I feel terrible about Century 21 having closed down. I love Century 21 because you never know what you can find. It can be a never-made sample. I don’t know how to replace Century 21,” said Patricia Field Wednesday.

Field, who is well known as the “Sex and the City” costume designer, defined the high-fashion style of Sarah Jessica Parker’s character Carrie Bradshaw on the hit TV show, and won an Emmy award for her work on the series. She was also the costume designer for “The Devil Wears Prada,” and for such TV shows as “Hope & Faith” and “Ugly Betty.” Most recently she was a consultant for “Emily in Paris,” the Netflix series executive produced by “Sex and the City” executive producer Darren Star.

In a conversation on Instagram Live with Jesse Gre Rubinstein, the granddaughter of Anne Klein, for her series, “Anne Klein: Women Who Do,” Field spoke about her career, collaborations with celebrities, how she got her start in costume design and how she unwinds at night.

Her daily ritual involves a bath in the morning and often a Chianti at night. She said the pandemic turned out to be “a forced rest” for her. “It gave me an opportunity to slow down, and I stayed very by myself for awhile,” said Field. She remained mostly at her apartment on the Lower East Side, which has a rather large terrace, so she could invite a person over to sit outdoors.

Rubinstein asked her how she’s always on the pulse of things and setting the coolest trends in fashion. “I just see something that looks good. There’s really not a trend formula for anything like that. It’s what pleases my eye and of course applies to the particular actress who’s playing the role,” said Field. She explained that when she worked on “Sex and the City,” Parker was “very fashion.”

Rubinstein recalled the large studded belt that Parker wore in her role, which the actress named “Roger,” and Rubinstein became obsessed with it and wore it over all her coats and clothing. 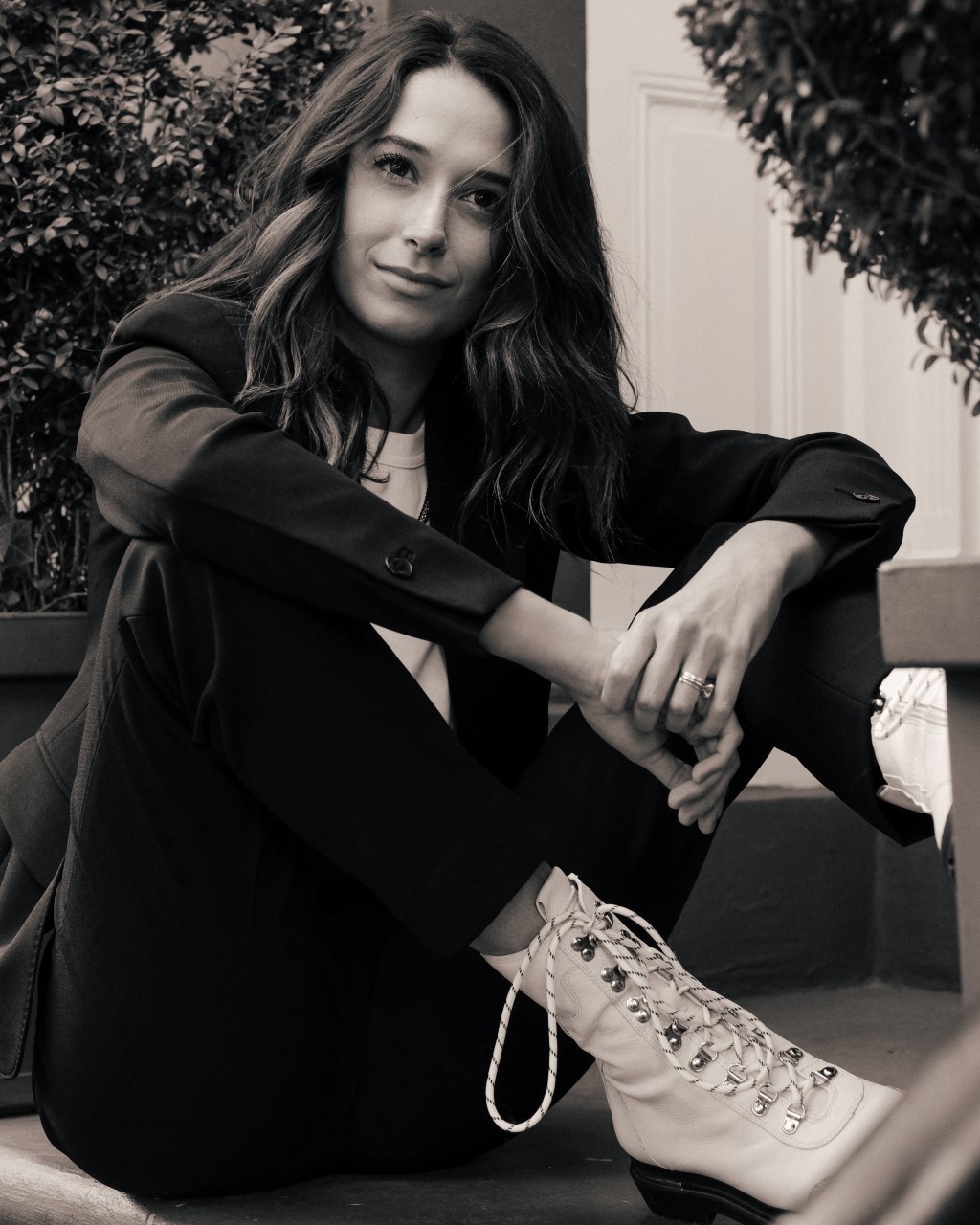 “I love belts. I use them a lot,” said Field. “The main thing about a belt is it defines the waist and can be worn over a coat, dress or pant,” said Field, as one of her staffers handed her the studded belt to show the viewers. She said people always email her for the tutu or the name necklace. “They love them,” she said.

“I have my little art gallery here. Through the years, I worked with artists in my shop and when I sold my shop, I said, ‘what’s next?’” So she opened her own art gallery at 200 East Broadway on the Lower East Side called Art Fashion. Stylists come in and she has a staff of three. “Everything’s one of a kind or custom made, and it’s a complete mélange of different artists and styles,” said Field.

Turning to her work on “Emily in Paris” and the inspiration for some of the fashionable clothing choices, Field said, “Thank God for my team.” She said the young assistants took her to all the right places, mainly in Paris. The costume designer was Marylin Fitoussi. “Before we left for Paris, Lily Collins [the show’s star] came to my gallery and it was our first meeting and we tried some clothes on, just for me to get a little bit of a feeling and for her to get a feeling of me as well.”

“Whenever I see it, and I like it, I like it. If I like it, I’ll find a place for it. That’s basically how I operate. I don’t like to confuse myself with outside influences. I want to stay pure, and fun and me. And so far, it’s been working out OK,” she said.

When asked what women in her life inspire her, Field said, “I’m very inspired by Cleopatra. She’s not in my life, she’s from another time. I recommend everyone to read that book, ‘Cleopatra: A Life.’ Stacy Schiff is the author and it’s so well written.” Field said she doesn’t consider herself a historian costume designer, but her favorite costume designer, Milena Canonero, is more of a historian and designed the costumes for “Marie Antoinette.”

“I really respect her as a costume designer, and I’m a tough cookie,” said Field.

Field said she never thought she would become a costume designer. She graduated from New York University, having studied government, civics and philosophy, and had no idea what she was going to do. She knew she could handle the fashion business and initially worked for Alexander’s and another company. After about four years, she opened her own shop. “I thought I could do that, and I wouldn’t be bored. I didn’t want to have a profession that was too dry, and I love people,” said Field. She recalled one day her friend, Candy Pratts Price, the famous window trimmer, was doing set design for the film “Lady Beware,” (starring Diane Lane) and Karen Arthur, the director, asked Price for a recommendation for a costume designer. Price gave her Field’s name.

“I said, ‘alright, I never did that before,’” said Field. “Candy put her neck out because I had no experience. I did that movie, and the director gave good support. I learned it. When I went in there, I had no idea how you organize it scene by scene. You never know where it takes you. It took me to beautiful places and still does,” said Field.

Field told the viewers that she never had a hard time coming up through the ranks as a woman in the industry. “I had strong women in my childhood, and I learned to be secure, it was natural. I wasn’t doubting myself, I wasn’t criticized,” she said. She recalled being five or six years old, and dressing up in her favorite cowgirl outfit, with a vest, cowboy boots, a cowboy hat and a holster. “My aunts really enjoyed me putting on my cowgirl outfit,” she said. “That was the inspiration and support I lived with.” She said she lived in Queens and she would set up little stores outside her house and sell things. “I was free to be. Too much control is not good. Set them loose,” she said.