LONDON – As the recipient of this year’s Goodwood Talent in Fashion Award, Richard Quinn, the inaugural winner of the Queen Elizabeth II Award for British Design, on Tuesday released three unique pieces inspired by Goodwood’s heritage at the opening ceremony of the Qatar Goodwood Festival.

Owned by the Dukes of Richmond since 1697, Goodwood is a 12,000-acre sporting estate situated in the South Downs countryside in southeast England. The estate is known for its range of sporting activities, such as horse racing, motor racing, golf, flying, shooting, and cricket, as well as various hospitality offerings.

A fixture in the British social season, the Qatar Goodwood Festival, better known as Glorious Goodwood, is a five-day horse racing event, held in the last week of July since 1802.

Similar to Royal Ascot, attendees are expected to dress in a certain fashion. According to its website, ladies should wear feminine and comfortable dresses, shoes they can walk in with ease, natural and glowing hair and makeup, and a Panama hat.

Since Nabil Nayal made three dresses for the event in 2019, it has become a tradition that a promising British designer each year will be commissioned to create one-of-a-kind pieces for the event as the winner of the Goodwood Talent in Fashion Award. The British Fashion Council is a supporter of the award. 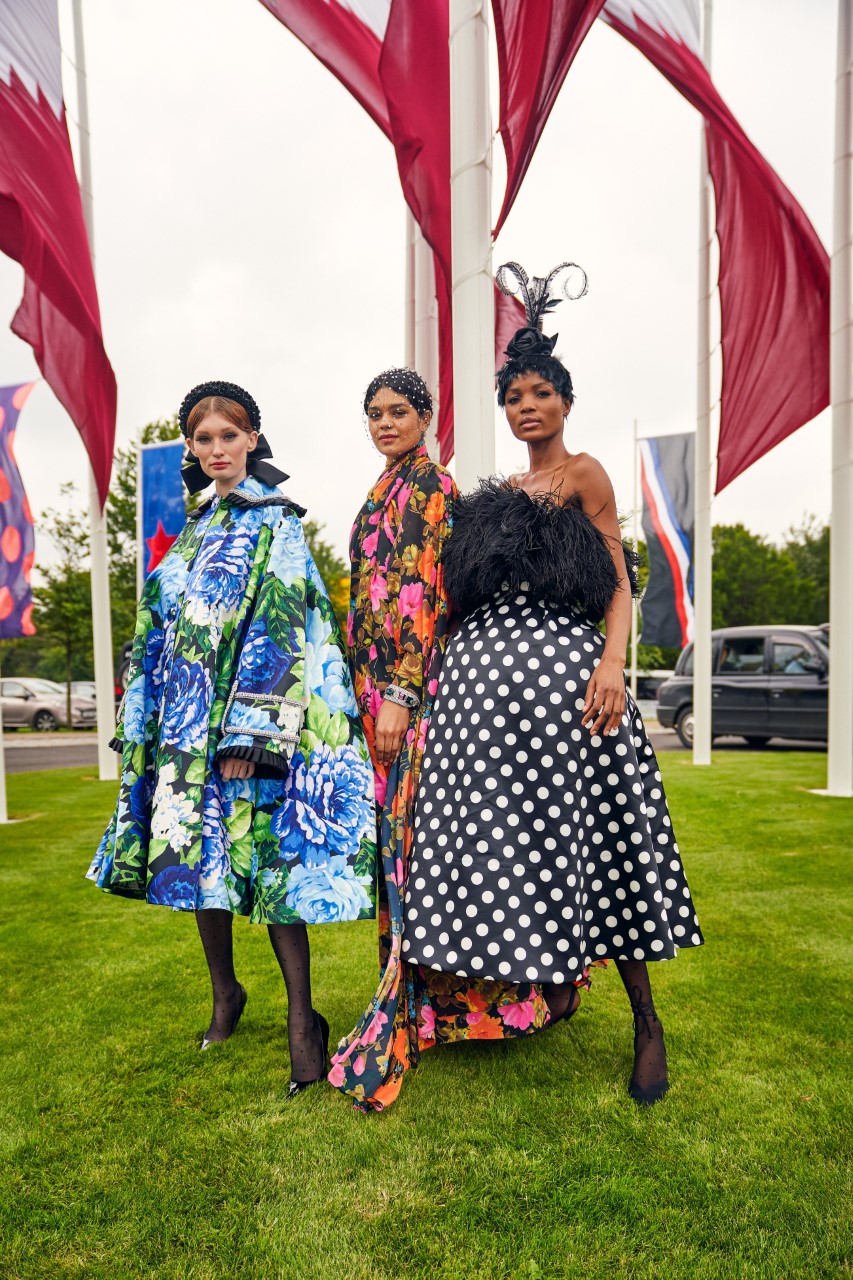 The winner is selected by a panel of judges who include Charles Gordon-Lennox, 11th Duke of Richmond; Caroline Rush, chief executive officer of the BFC; Sian Westerman, non-executive director of the BFC, and Lydia Slater, editor of Harper’s Bazaar.

The pieces will be kept at Goodwood House, the seat of the Duke of Richmond, and become part of the Goodwood Collection.

This year, Quinn was chosen for “his talent for creating original, show-stopping design,” according to the duke.

“Richard has delved into Goodwood’s past and drawn inspiration from the Edwardian style that formed a significant part of the history of horseracing at Goodwood,” he added.