Selena Gomez looked so sleek as she headed into celeb hotspot The Nice Guy for a laid back Italian meal on Sept. 17!

Selena Gomez looked so sexy in this classic look! The 29-year-old singer rocked a fitted black turtleneck and latex mini skirt as she headed to dinner at The Nice Guy in West Hollywood on Friday, Sept. 17. She opted to skip any tights, adding a suede pair of black pumps to the outfit. Selena’s chestnut colored hair gave us serious mermaid vibes as she rocked it down and in a loose curl.

The Wizards of Waverley Place alum embraced the 2000s vibes with a velvet black shoulder bag in her right hand, showing off her long gray colored manicure. She appeared to match her silver metallic eye shadow to her nails, which could be spotted above her protective black mask them. 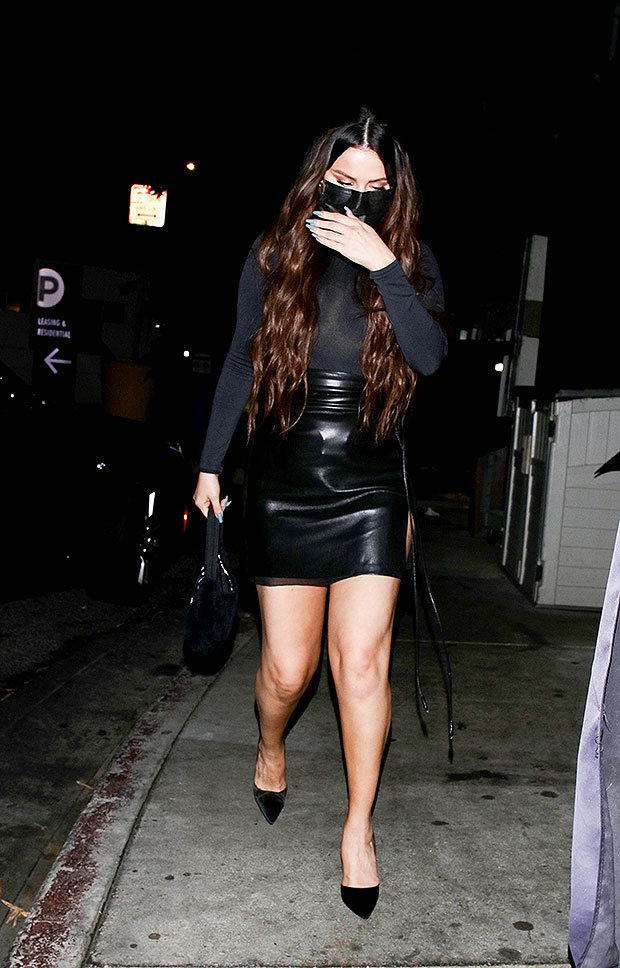 The outing comes just two days after the Texas native revealed she has a brand new piercing! Her friends Avery Tucker and Harmony Tividad captured the entire thing for TikTok, also showing off her new Helix shaped accessory in her ear. “Got something right here,” Selena said as she pulled back her hair to give fans a look at the piercing at about :36 seconds into the video. Initially, the group were headed to a Build-a-Bear store inside a mall — but decided to detour to a piercing shop instead. Talk about a major change of plans!

Selena has been busy as of late, taking her new Rare Beauty mascara to the market just three weeks ago. While the brand launched a year ago with an impressive foundation and concealer range, as well as cult-favorite liquid highlighters, she had yet to create a mascara. She appeared on Late Night With Seth Meyers to teach the comedian how to use her Perfect Strokes Universal Volumizing Mascara, and the outcome was — well — hilarious.

“Obviously I’ve never worn mascara myself, but we’re going to see exactly how effortless it is,” Seth began, confessing that Rihanna actually once put mascara on him. “Oh my gosh, it looks fabulous! I’m so proud of you” Selena gushed as she instructed Seth on how to apply the product. “This really makes a difference!” Seth added.