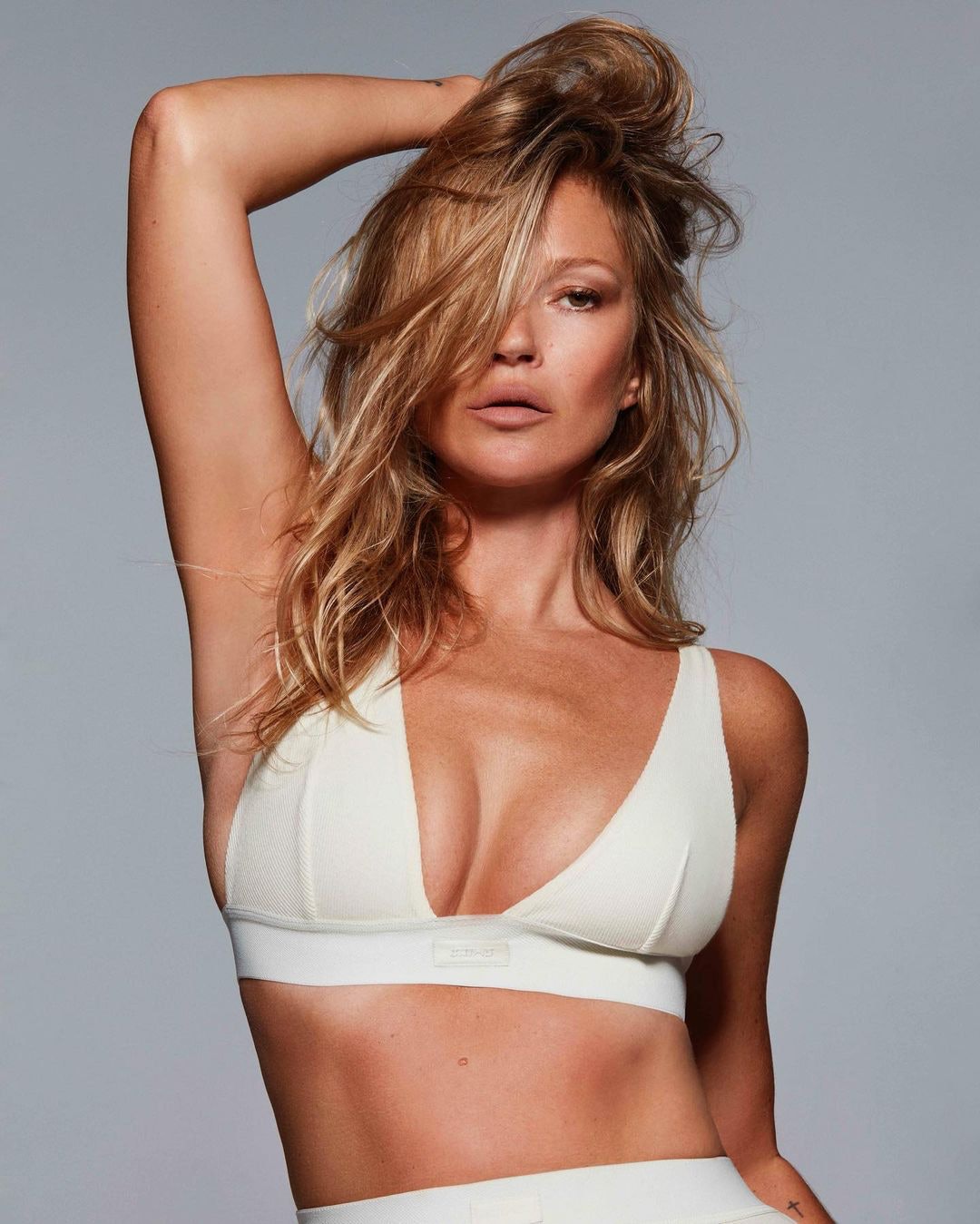 Just when you thought Kim Kardashian’s SKIMS couldn’t get any more unpreditable with their brand partnerships, the billionaire entrepreneur revealed she has one more trick up her solutionwear: Kate Moss is the label’s newest model.

The two were recently spotted visiting the Vatican together in Rome, where Kardashian was allegedly in violation of the cathedral’s dress code, though apparently Moss and Kardashian go back further than this summer.

“I first met Kate in 2014 through Ricardo Tisci, and was instantly struck by her cheeky humor, authentic and classic beauty – we’ve been friends ever since!” Kardashian wrote on Twitter, announcing the news that Moss will now model for SKIMS. “She is THE fashion icon, defining a whole generation of style and I am honored to feature her as the new face of @SKIMS this Summer!” she continued.

The news of Moss’s appointment as the latest SKIMS model comes not long after Kardashian announced that SKIMS would design the official undergarments and pajamas for Team USA at the Tokyo Olympic Games. In case you were wondering if the official Olympic loungewear designer was a position previously occupied by the likes of Ralph Lauren, Calvin Klein, or any other American designer, the fact is that it was not. Kardashian is the first designer to provide underwear and PJs for American Olympians.

This also comes in the wake of Kardashian’s own personal style evolution. When it comes to Kardashian’s fashion sense, some have speculated that she is changing in accordance with some sort of post-divorce tipping point, as she’s seemingly reverted to some of her early-to-mid Aughts aesthetic which consists of tortoiseshell frames, leopard print body con dresses, and dad hats.