Launched in 2020, The Wasted Collective was established by Ronald Akili, the pioneer behind Potato Head — a sustainable lifestyle hospitality brand with a Creative Village Resort in Bali — alongside Jesse Leyva, who was previously global design director at Nike Inc. Their objective is to create elevated casual wear that’s sustainable and made with integrity. The duo have teamed with Portuguese graphic designer and illustrator Bráulio Amado, whose vibrant and kinetic work has appeared in numerous publications as well as cover art for artists such as Beck, Frank Ocean, Róisín Murphy, ASAP Mob and Robyn. He also co-runs the New York City multipurpose art space Sixth Street Haunted House.

The illustrations created by Amado for the capsule were inspired by the notion of a grey filled Manhattan sky and the search for sunlight, giving the graphics an optimistic and playful feel. The unisex range includes an oversized pink graphic sweatshirt, depicting a ladder touching the sun with the slogan “Good Times” printed along the sleeves, and two white T-shirts featuring a “Sun Guy” print and a blooming take on The Wasted Collective’s logo.

With a price point of $55 for the Ts and $140 for the sweatshirt, the capsule will be available exclusively at thewastedco.com and are available now for purchase. 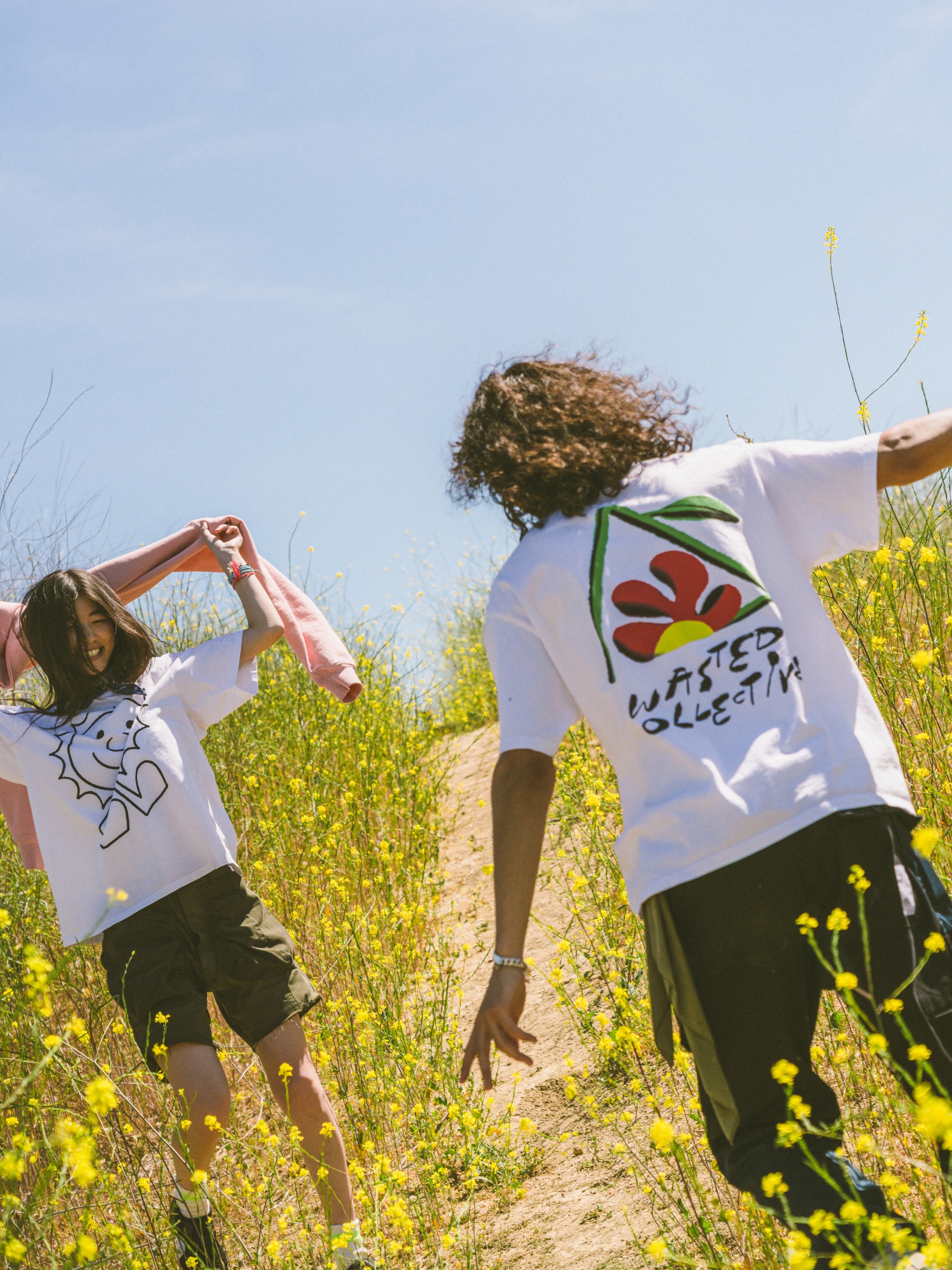 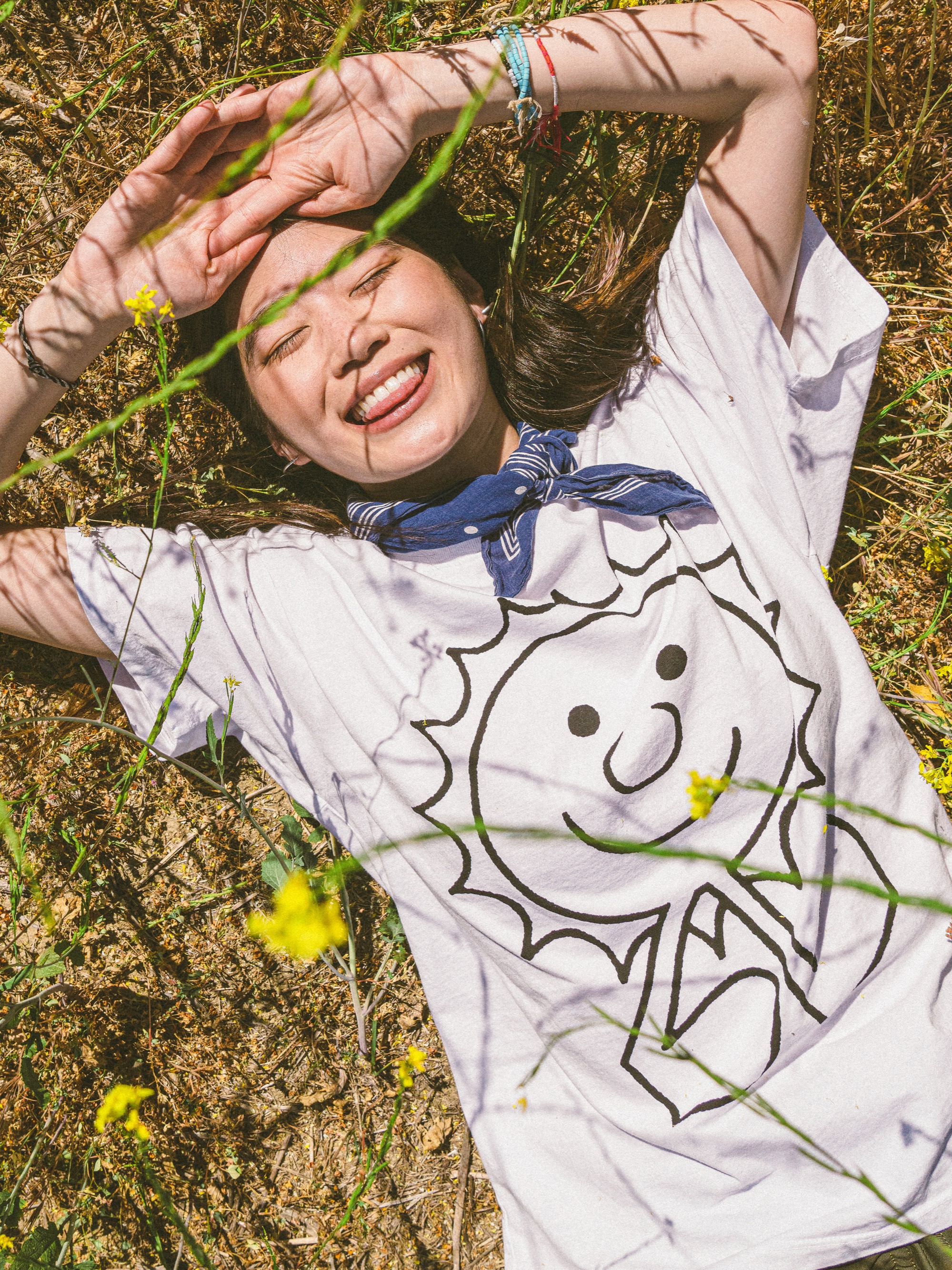 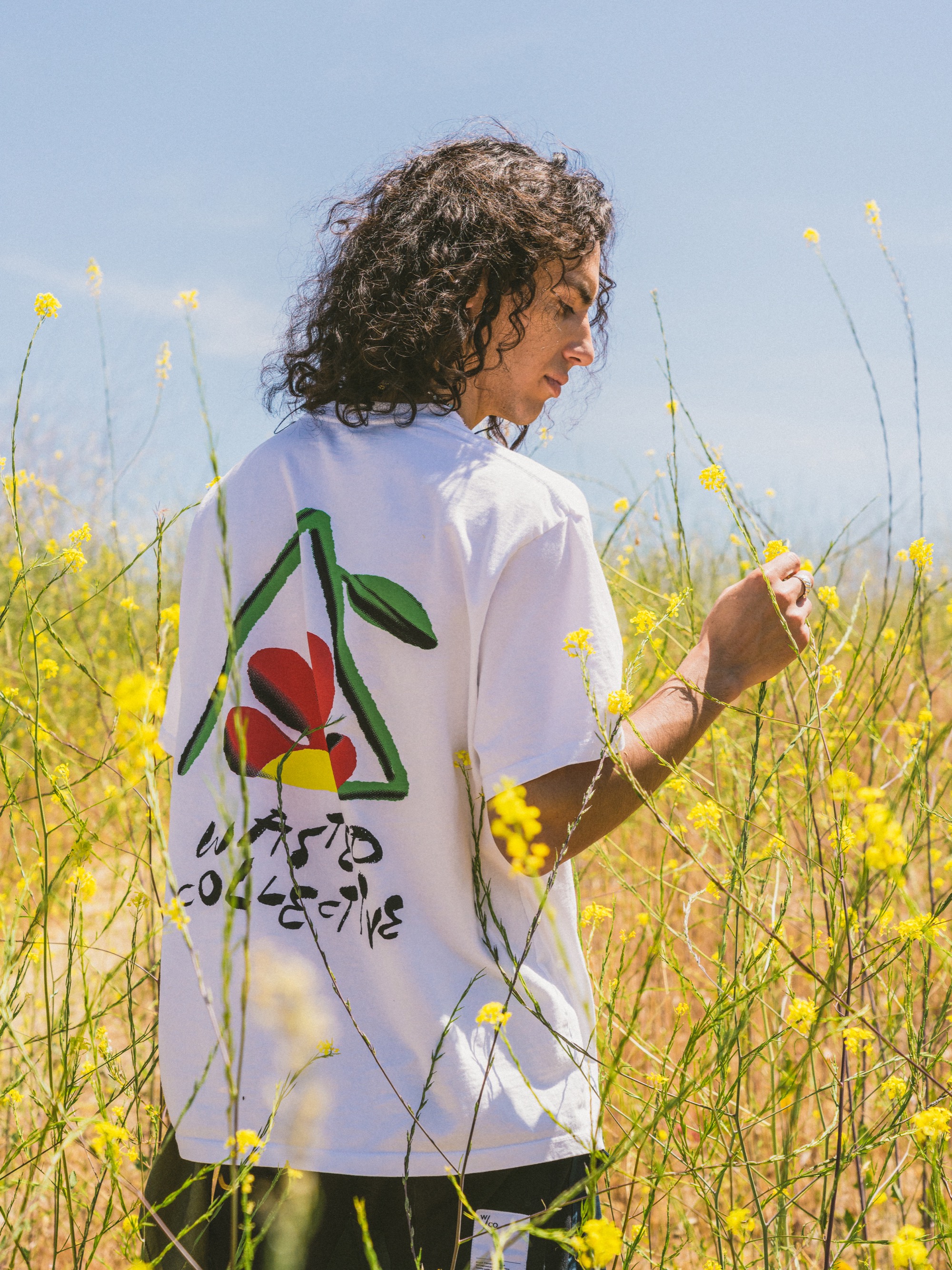 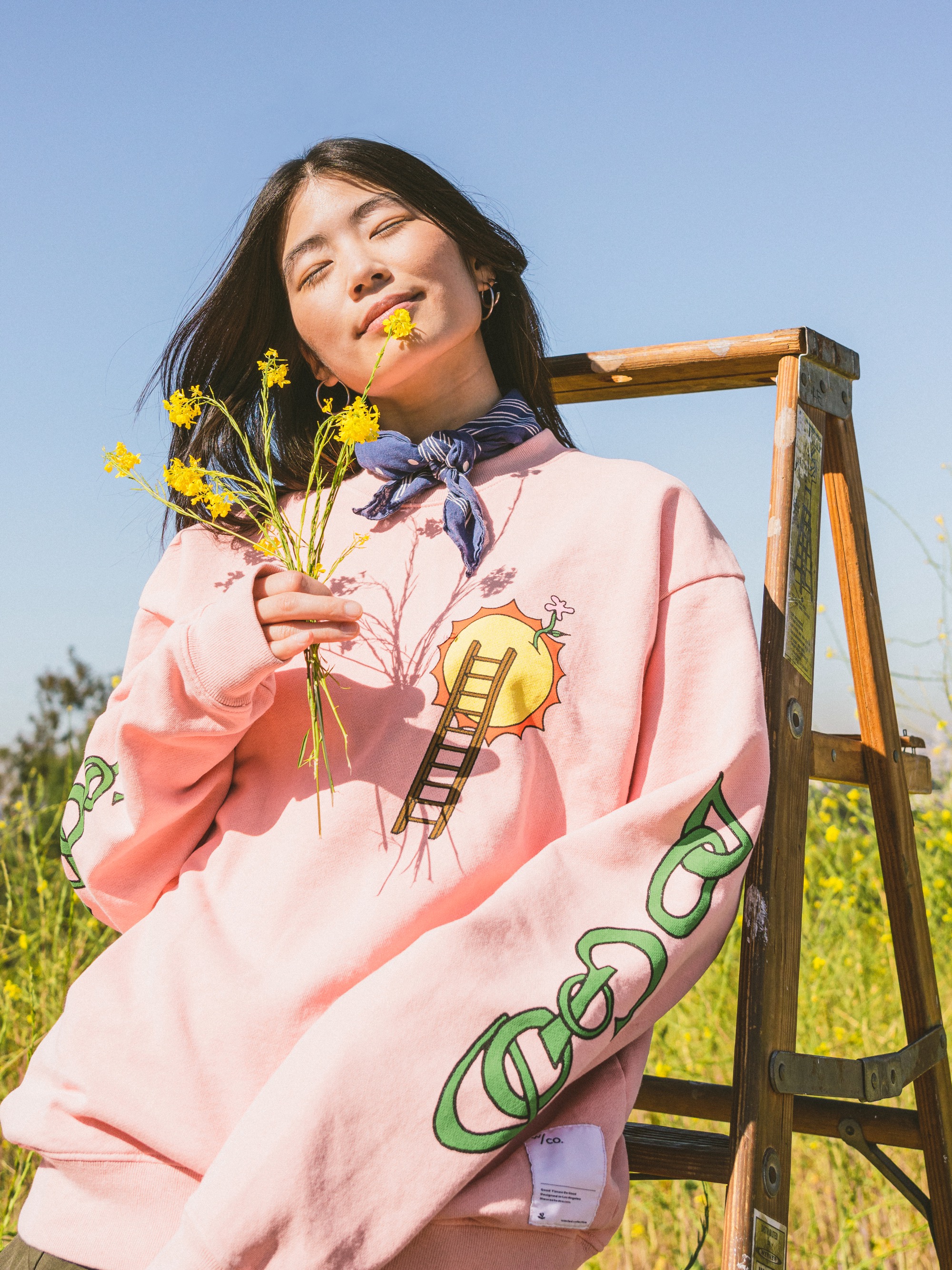