The guest designer at the 100th edition of Pitti Uomo, Thebe Magugu used his spring 2022 presentation as a stage to raise awareness of one of the most serious issues affecting his native country, South Africa: corruption.

As he said during an interview a few days ahead of the show, the designer also wanted to pay homage to those brave men and women who, as whistleblowers, are trying to sooth that sore.

To achieve his intent, Magugu organized a sort of theatrical performance in which he recreated a police station, where models, playing the part of the whistleblowers, alternated at a desk to leave their depositions in front of a two-way mirror. Portrayed as white hat cowboys, they were separated through the glass from black hat cowboys in a metaphorical battle between good and evil.

The Western reference took center stage in the collection. It was highlighted not only through the use of accessories — including cowboy hats and boots and belts with metallic buckles in the shape of the brand’s Sisterhood Emblem — but also by the garments. A long, lean coat was printed with a customized bandana pattern, which was splashed on a technical puffer jacket, while pants, featuring a silhouette inspired by cowboy chaps, were decorated with allover graphics that Magugu sourced from the archives of political cartoonist Jonathan Zapiro. 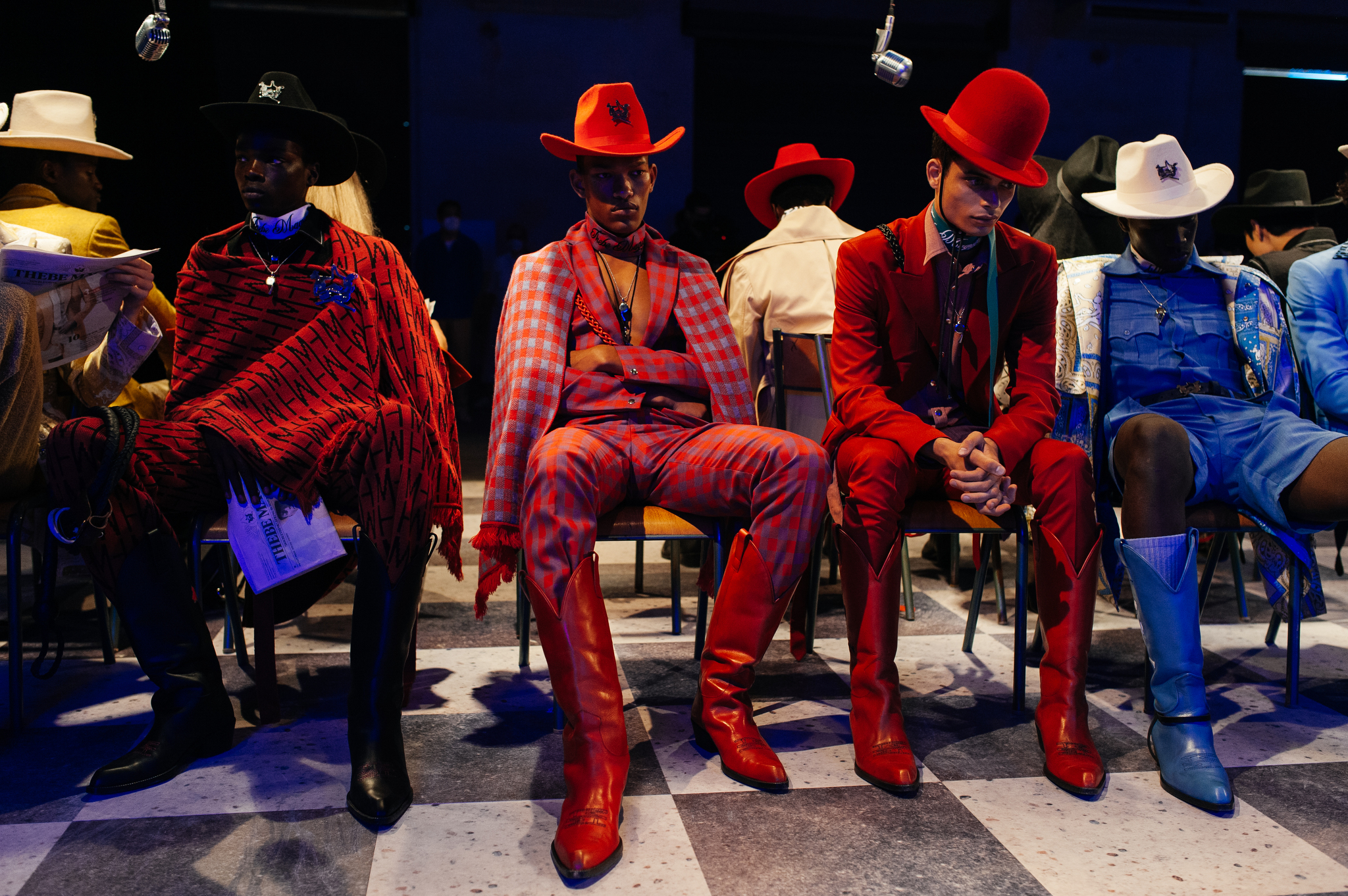 The designer smartly integrated Western touches into his precise tailoring crafted from traditional luxury fabrics in Prince of Wales and tartan motifs. For example, the suits’ pants featured built-in suspenders made of the same fabric that echoed those of cowboys’ long johns. The trenches cut in sleek shapes and decorated with contrasting stitching were also infused with Western influences.

There was something chic about the jacquard shawls wrapped around the shoulders of the models, while a more glamorous vibe was introduced. for example with a leopard silk shirt worn with a sky-blue suit.

With his elaborate presentation, Magugu — who won the LVMH Prize in 2019 — once again demonstrated that he’s not only an opinionated, intellectual creative, but also a talented designer who continues to successfully shape his artistic identity on the international stage. 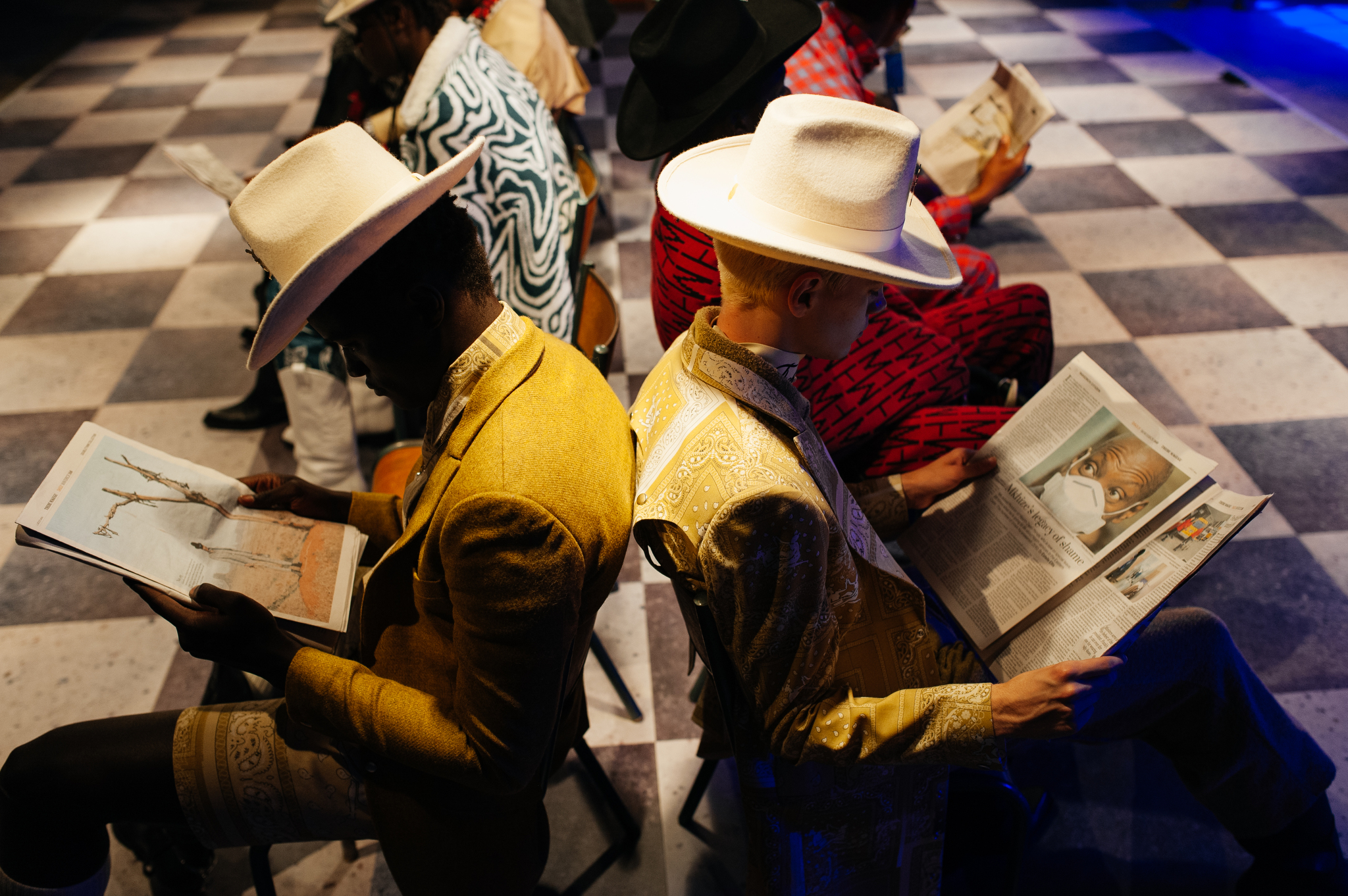