This Luxurious AC/DC Tribute Line Has a Chanel Connection

BACK IN BLACK: There are fewer than six degrees of separation between a new range of sustainable AC/DC tribute merch and Chanel. Heart of Bone, a gothic-inspired jewelry and lifestyle brand based in Melbourne, has designed a range of rings, T-shirts and sweaters for fans of the unstoppable Australian rock band, and the latter garments are made by Scottish cashmere firm Barrie, owned by Chanel since 2012.

Heart of Bone cited a global waitlist for some of the limited-edition items, which began dropping on April 16 and will be released over an 18-month period. The cashmere sweaters, a tribute to the Scottish heritage of the band’s founding brothers Angus and Malcolm Young and singer Bon Scott, are to be released in 100-unit lots of each design, with a red-on-black logo crewneck currently offered for 687 euros on the website of the jeweler and Custom Creed, its partner in the collaboration.

All of the Fashion at the 2021 BAFTA Awards

The rings are a technical feat also, the band’s logo embedded in grooves lifted from an original vinyl pressing of “Back in Black” that required the help of electron microscopes at the University of Melbourne. “We did it! We carved music into metal,” Abrahams said triumphantly, pumping her fist. “Everything we designed was approved by the band.” 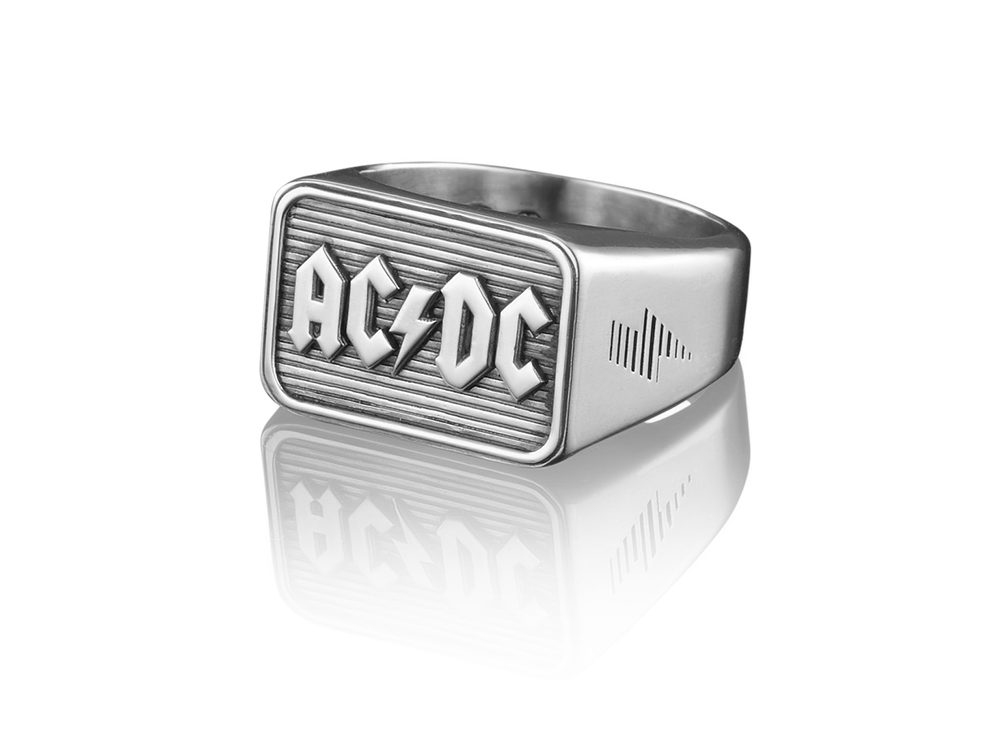 There is one more tangential link to Chanel: French fashion journalist Carine Bizet. The former fashion critic of Le Monde, a front-row fixture at Chanel shows whose writing was very much admired by the late Karl Lagerfeld, Bizet will soon become merchandising director at Heart of Bone. Abrahams noted it was she who once gifted Lagerfeld a bespoke Heart of Bone ring, and who connected Heart of Bone to Barrie’s sales director Clive Brown.

Bizet said she plans to relocate from Paris to Australia and start her new job once pandemic-related restrictions loosen.

Founded in 2013, Heart of Bone’s famous fans include Rick Owens, Marc Jacobs, Miley Cyrus and Billie Eilish, who frequently wears its Bad Bunny and Dead Moth rings on stage, not forgetting its Skull Dagger earrings. Eilish also has a Chanel link, having performed an acoustic set for the French luxury brand on Shelter Island in 2019.

Director R.J. Cutler Gets Personal With Billie Eilish for ‘The World’s a Little Blurry’

LVMH, L’Oréal and Chanel Have Lock on Employment Appeal