Watch the ‘Catwoman’ Ballet We Deserve, Thanks to Richard Quinn 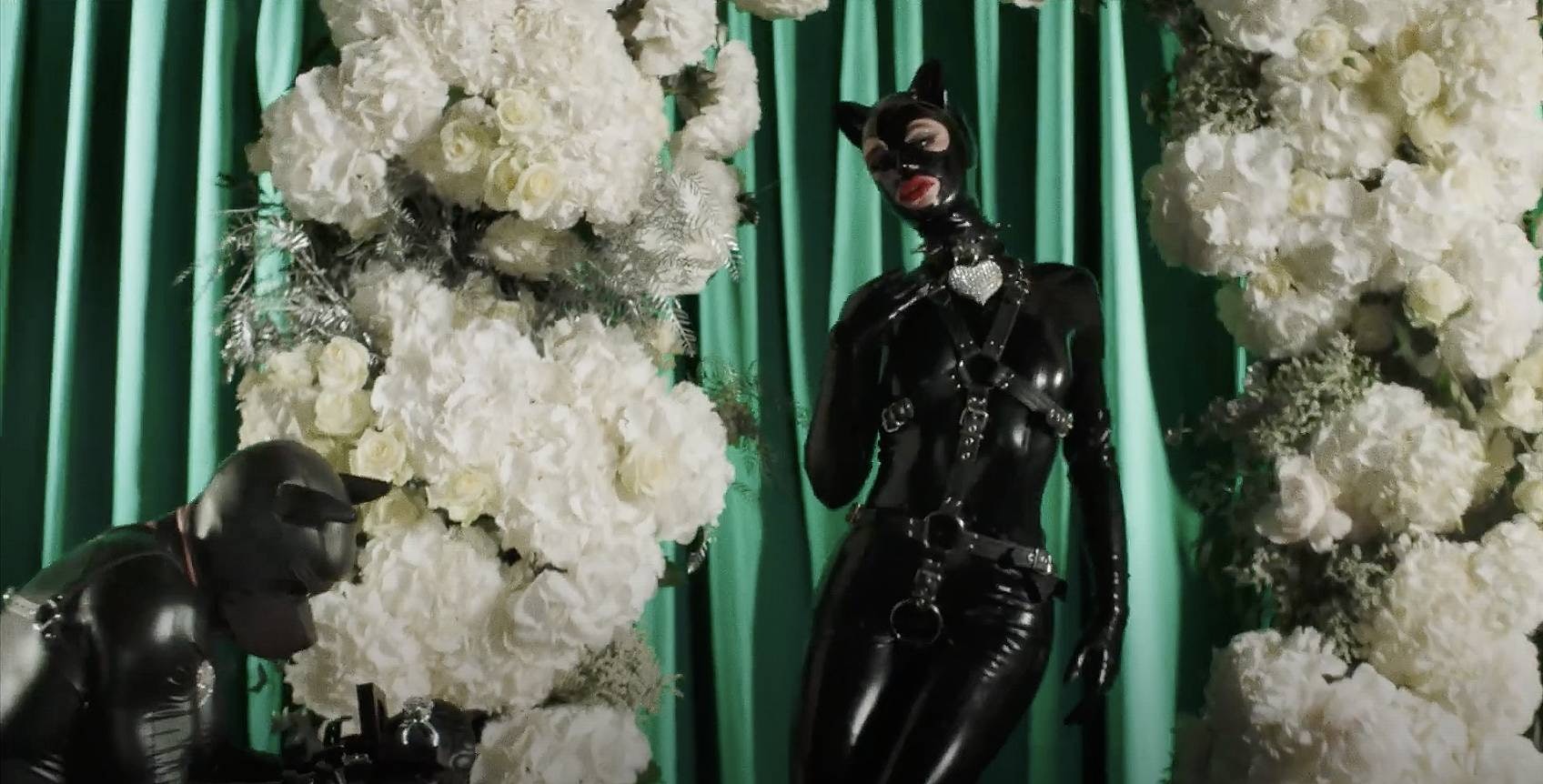 Warner Brothers and Tim Burton explored the possibility of giving Michelle Pfeiffer’s Catwoman a standalone movie back in the day. A script was written, but ultimately the project fell apart. Perhaps London fashion designer Richard Quinn (who once welcomed Queen Elizabeth II to his front row) found inspiration in what could have been for the epic 25-minute fashion film that accompanied his fall 2021 collection, released today.

The film starts with a retro wink to Paramount Picture’s logo before finding a small army of models in bondage and latex catsuits galavanting around a neon-lit downtown with cameos from British supermodels Lily Cole and Kristen McMenamy alongside Drag Race UK stars Bimini Bon Boulash and Tayce. The action then transports itself to a ballet scene featuring dancers from the Dane Bates Collective, then shifts to an old-school haute couture workshop, moves onto a masked costume ball, and eventually ends with something of a club kid wedding. It’s the kind of production guaranteed to captivate and is destined to be projected on the walls of nightclubs and gay bars for years to come.

Oh, you thought Emma Stone’s dump truck dress in Cruella was going to be the biggest filmed fashion stunt out of London this year? Ha.

The film and collection also mark Quinn’s return to fashion after having sat out much of the lockdown—the designer last showed a collection back in February 2020. Quinn was on quite a roll until that point, having won the H&M Design Award, the Queen Elizabeth II Award, and a British Fashion Award for emerging talent. Amal Clooney also made waves when she wore one of Quinn’s designs while hosting the Met Gala back in 2018. Cardi B also once memorable wore a Richard Quinn ensemble that obscured her entire face during Paris Fashion Week. The brand has also found fans in the likes of Jennifer Lopez, Kendall Jenner, and Emma Corrin.

It seems like Quinn’s creativity was overflowing just in time for his return. Watch the film below.