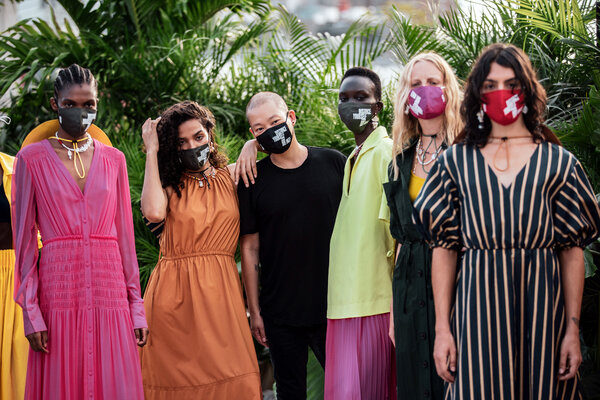 Jason Wu said he was feeling Zen, swiveling in an office chair in his studio near Penn Station.

It was Saturday afternoon, the day before his runway show, and he was surrounded by his design team and stylists, fitting models in outfits from his spring 2021 collection. The clothes were bright and breezy; the waists were elastic, the bras were cashmere, the hats were big, and the sandals were flat.

He thumbed through his phone, looking for a video of one of the models walking down a rural tree-lined road that he’d been sent the day before. He approved the casting via text, and today she was here, he explained with some awe.

The models came and went, floating from their fittings to their Deborah Lippmann manicures in an adjacent room, which Mr. Wu called “the spa.” Jazz played from a speaker somewhere. There was still a lot to do, but nothing felt too intense.

“I think this might be my favorite show ever,” Mr. Wu said.

It may have also been his strangest. This season, Mr. Wu was one of the very few designers staging a traditional runway show during New York Fashion Week. The pandemic has driven most designers online, offering videos and look books (dressed up as “digital activations”) in lieu of shows. But not Mr. Wu, who debuted at NYFW 14 years ago, when he was just 23.

Mr. Wu had also decided to show his contemporary line on the runway for the first time, rather than his more glamorous Jason Wu Collection, with its evening looks and Manolo Blahnik heels. Mr. Wu’s gowns rose to prominence when Michelle Obama wore them to both of her husband’s inaugural balls. He still routinely dresses celebrities for red carpet events — not that there have been many of those this year.

Maybe this was the source of Mr. Wu’s Zen; for once he was showing caftans instead of formal wear. Or maybe it was that, as he put it, “this isn’t my first rodeo.” Either way, his tranquillity on Saturday belied the high stakes of Sunday.

The future of fashion weeks is unclear. Traditional runways shows are petri dishes stuffed with spectators, no one knows how long pandemic restrictions will hinder international travel or dictate the parameters of events, and even though thousands of people depend on the work provided by fashion shows, many designers are sick of doing so many of them.

To host a show now, when practically no one else in New York will, is to declare that the runway still matters — that even in a pandemic, it is worthwhile. And to make that declaration convincing, it’s simply got to be good. 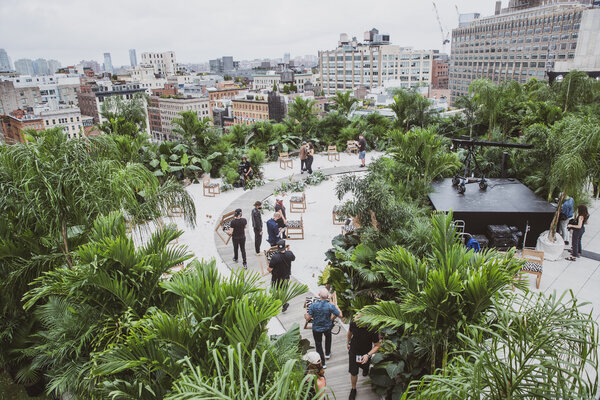 How to Construct a Concrete Jungle

Mr. Wu decided to go forward with a runway show in July. It was partly his hometown pride; he felt that New York Fashion Week, which has slowed down in recent years, still needed to be represented on the international calendar, “through the good times and not so good times.”