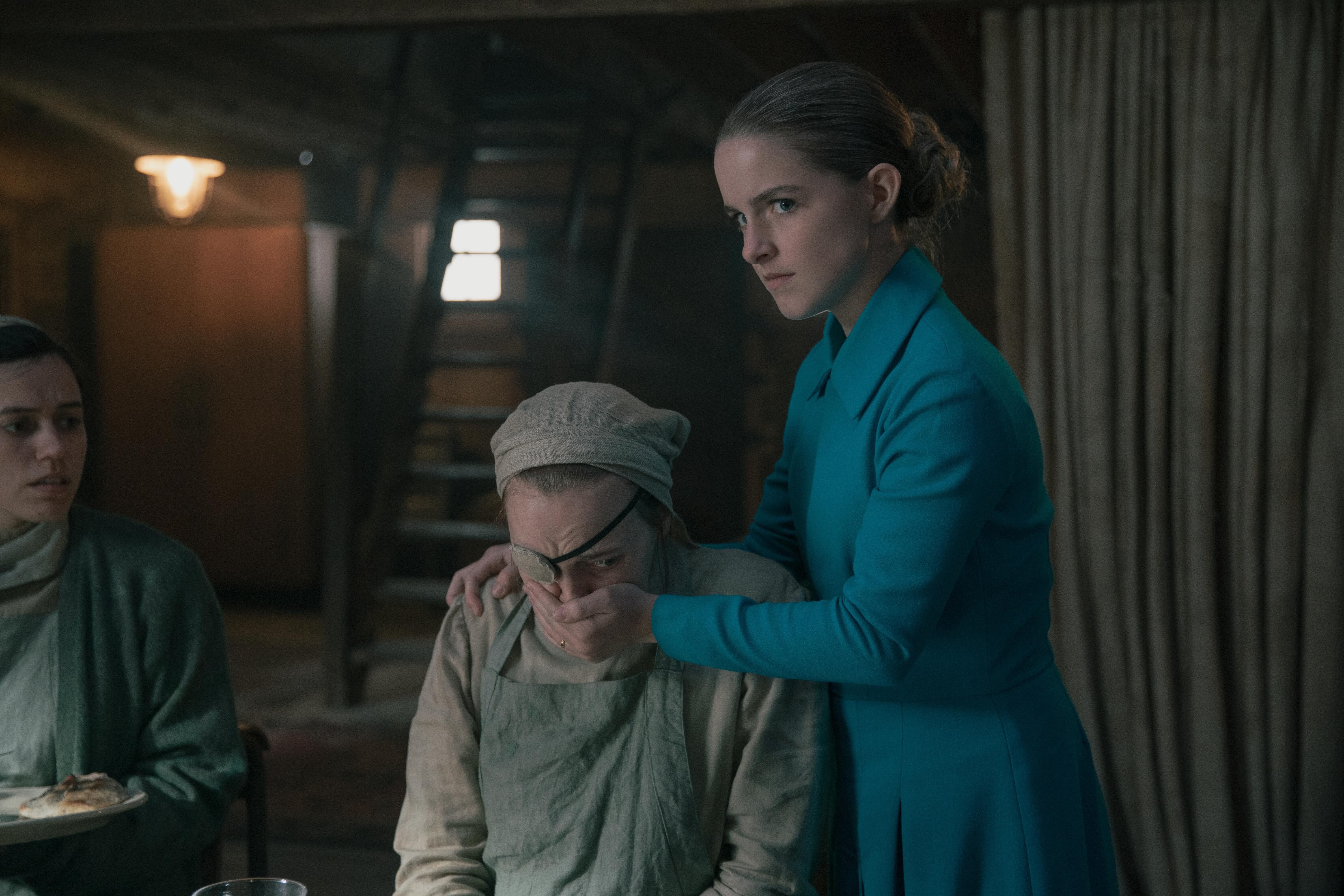 With the return of The Handmaid’s Tale, Season 4 introduced a brand new Commander and his Wife. But unlike earlier Wives, who were all in the 30s to 40s, the show’s latest was played by 14-year-old Mckenna Grace. The actress may be young, but she’s been playing prominent roles for over half her life, and she’s a familiar face for several reasons. These facts about Mckenna Grace will remind you of all the places you’ve seen her before.

The Handmaid’s Tale centers around its titular character, played by Elisabeth Moss. But the people she meets in Gilead through her encounters are fascinating horror stories. Grace’s role as Mrs. Keyes, a girl forced into child marriage and then repeated raped, was a tough one. One minute she’s an eager child, the next, a haughty woman of privilege, and then a terrified, wounded creature, sometimes in the span of a single scene.

Grace’s performance is the stuff Emmy guest star nominations are made of. But she’s been preparing for her own turn to carry award-winning work and blockbusters for years, including working with Oscar-winning and nominated actors in major tentpole films. Let’s run down some of the highlights of her career so far.

1. She’s Been The "Kid" Version of Multiple Famous Actors

Though Mckenna Grace got her start on The Young & The Restless, her breakout roles were as the kid or teen version of multiple award-winning actors.

One of the most noticeable things about Grace in her turn as a Wife in Gilead is that she looks like another teen star who was forced to grow up too fast. Kiernan Shipka initially rose to fame in the 1960s set series Mad Men, and it’s a little uncanny how much Grace looks like Shipka in her formal Wife’s outfit.

Or maybe not. Much like her turns on both big and small screen, Grace has also played the younger version of Shipka. (Though not the teen version, since Shipka is playing the teen version.) Grace was a guest star in the Chilling Adventures of Sabrina Holiday special back in 2018, appearing as Young Sabrina in "A Midwinter’s Tale."

3. She Played Rose In ‘Fuller House’

The Haunting of Hill House and CAOS aren’t the only times Grace has done a Netflix stint. Fans of Full House and Fuller House will also recognize her as Rose Harbenberger, as part of the sequel’s next generation. She’s not a direct descent of the original cast, but the daughter of C.J., the woman who D.J.’s former flame Steve is engaged to marry. (And who looks strikingly like D.J. Listen, Steve’s got a type.)

Even though Steve and C.J. never tie the knot, Rose became an essential character in her own right, becoming the best friend of D.J.’s son Max and his eventual crush by the time the show ended.

But not every one of Grace’s roles comes from playing the younger version of another actor or playing the next generation of an already famous show’s cast. Sometimes she played the previous generation. That’s true of her role as Paige Swanson, the rival child prodigy Sheldon befriends in The Big Bang Theory spinoff Young Sheldon. With so many credits under her belt, it’s not surprising Mckenna Grace is already taking home awards. In January 2020, the Hollywood Critics Association gave her the Next Generation Award for rising stars in Hollywood.

6. Her Next Big Role Is In Ghostbusters: Afterlife

What fans might not know is that Grace has one more prominent role under her belt, which should have come out in 2020, but was delayed due to the theatrical shutdowns. She’s slated to star alongside Finn Wolfhard as his younger sister Phoebe in the newest Ghostbusters remake, Ghostbusters: Afterlife. Fans can mark their calendars for the movie’s arrival in theaters on Nov. 11, 2021.