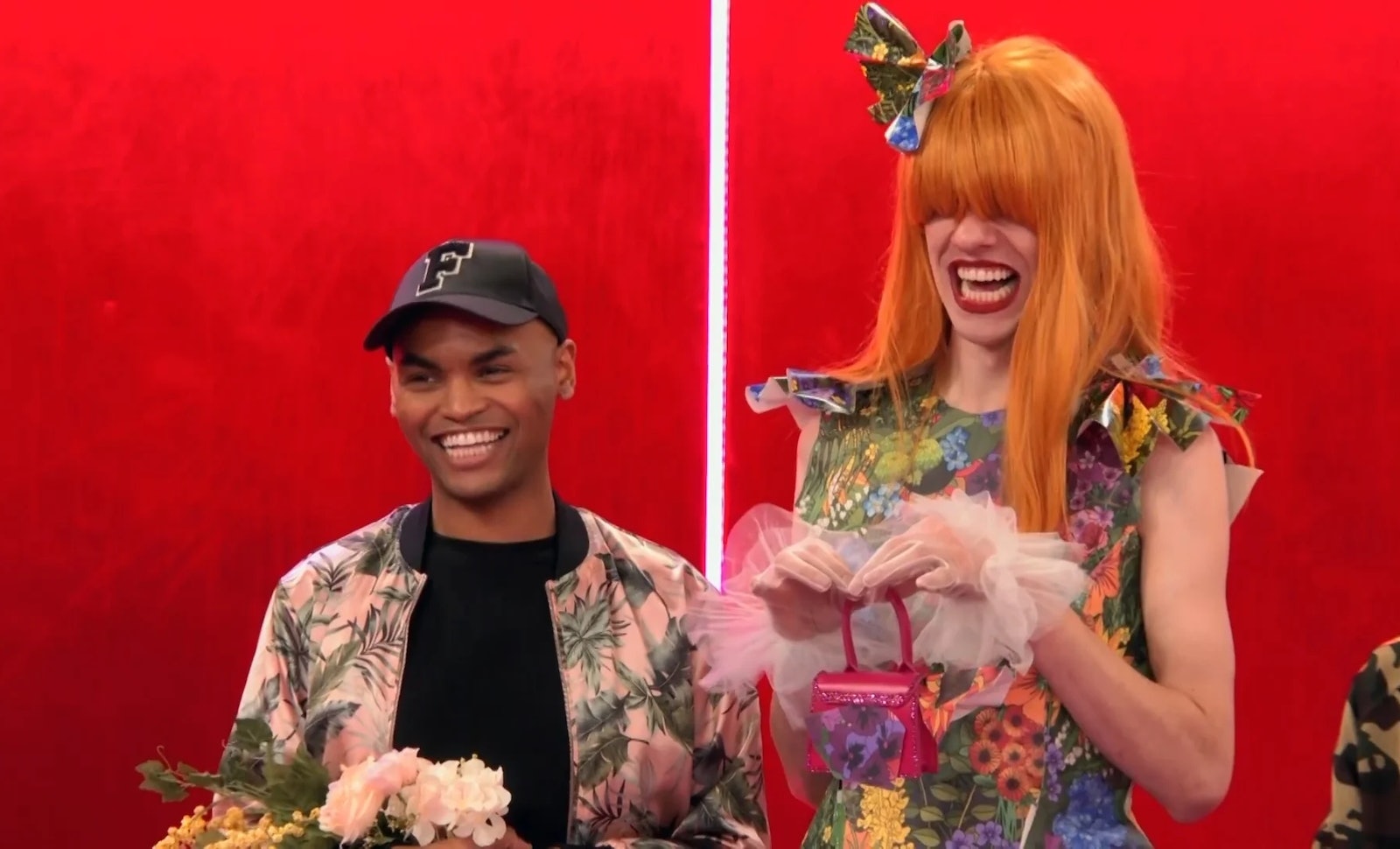 RuPaul’s Drag Race isn’t really known for creating romance. Unlike other reality shows, the cutthroat competition has yet to spawn any real power couples, aside from that Brooke Lynn Hytes and Vanessa Vanjie Mateo fling in Season 11 and the infamous Sharon Needles and Alaska relationship that began prior to their Drag Race debuts. But fans think Season 13 has the potential to bring the love like never before, especially after a recent moment had everyone asking the same question: Are Olivia Lux and Utica dating after Drag Race? Olivia gave an update on where her relationship with Utica stands now.

Olivia and Utica’s close bond was clear from the beginning of Season 13, as they were paired for a few challenges and always seemed to gravitate toward one another in the Werk Room. It seemed like they were just good friends, until Utica dropped a bombshell while packing her bags after her elimination. Olivia ended her farewell note to Utica by saying, "See you on our date," prompting Utica to reveal that she had asked Olivia to go on a date with her after their time on the show was over.

The brief exchange prompted fans to wonder if they really sparked a romance on the show, and things only heated up more when Olivia posted an intimate selfie of herself snuggled up with Utica on Instagram following her elimination.

Unfortunately for fans who shipped the two queens, Olivia revealed they have not actually been on their date yet in her exit interview with Entertainment Weekly. But she kept the door open for romance. "We did not go on the official date, but, maybe, in the future, when the world opens back up, there will be a moment for Ulivia, Olitica, yes!"

Olivia also spoke about how close she became with Utica while filming Drag Race. "It was definitely a journey with her, and I will say that we’re very close now, we talk often, she’s great, she’s a sweet bean. I’m her sweet bean! We love being beans and goobers in the world!"

Although the date hasn’t happened yet, it still sounds like there’s a lot of love between Olivia and Utica, so fans can continue to hold out hope that Season 13 could give us our first real Drag Race couple to meet on the show.