Are Taylor Zakhar Perez and Joey King Dating? He Says They 'Hit It Off'

Life imitating art? Taylor Zakhar Perez is not shy about his feelings for The Kissing Booth 2 costar Joey King, which led some fans to believe the two are an item. Now, he is setting the record straight.

“I love her. I love her dearly. I’d do anything for her,” the actor, 28, told Entertainment Tonight on Wednesday, August 5. “We’re not dating. I’ll end it with that.”

Even though King, 21, and Zakhar Perez are not together, he described the close bond they share, which inadvertently fooled their followers. “We just kind of hit it off. When we were in South Africa, we had dinner together,” he recalled of filming the Netflix sequel, which was released in July. “I cooked for her, she cooked for me. We just became kind of like the best of friends.” 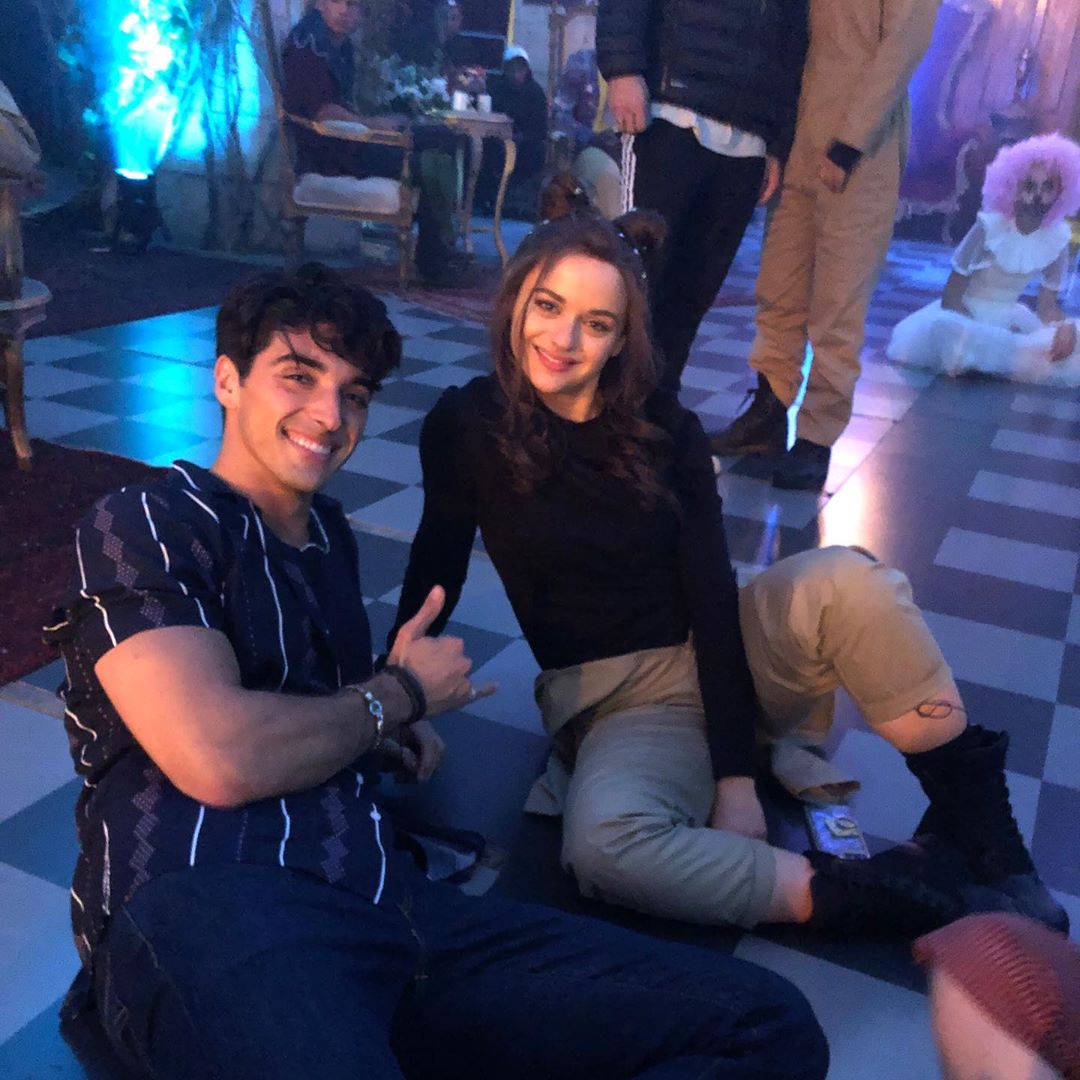 Hottest Couples Who Fell in Love on Set

The Act alum latched on to her new onscreen love interest as she reunited with ex-boyfriend Jacob Elordi for the film. “I’m sure it was odd for her to go back into a production with someone that she dated,” Zakhar Perez admitted. “And so me being this new castmate and Joel [Courtney] being there and Meganne [Young], we kind of just all meshed really well together.”

The coronavirus pandemic threw the pals for a curveball but only made their friendship stronger. “When we got back to Los Angeles, we just kept hanging out. We live really near each other,” he said. “And then the quarantine hit and we kinda just needed someone to trust during that time, like, ‘OK, I know you’re not going out. I know who you’re seeing.’ So we just became really close.”

King and Zakhar Perez enjoyed a weekend getaway earlier this month, which fueled dating speculation. According to him, the rumors “cracked [King and I] up.” The twosome simply traveled with friends to celebrate her birthday and “had a good time.”

King moved on with producer Steven Piet, whom she was linked to in September 2019, and Us Weekly confirmed in February that the Euphoria star is dating his costar Zendaya.

King (Elle Evans), Elordi (Noah Flynn) and Zakhar Perez (Marco Peña) star as teens caught in a love triangle in The Kissing Booth 2. The trio will return for The Kissing Booth 3, which has already been filmed and is set to be released on Netflix in 2021.