Backstreet Boys’ Brian Littrell On Son Baylee Following In His Musical Footsteps: ‘I’m So Proud Of Him’

Brian Littrell and his son Baylee talked about their bond and creating a possible ‘father son duo album’ in the future as well as their Father’s Day plans, in an EXCLUSIVE interview with HollywoodLife.

Brian Littrell, 46, is opening up about being a dad to his talented son Baylee, 18, who’s working toward a career in the music industry, and even teased a collaboration between them in the future! The Backstreet Boys singer sat down with the teen for an EXCLUSIVE interview on TV Talk with HollywoodLife and they both gushed over the father-son bond they share as well as what they appreciate about each other.

“I’m just elated. I’m so proud of him,” Brian told us about Baylee getting into music just like he did. “He’s super inspiring to watch as he writes and he does music and performs and all of that stuff. He’s a great guitar player. He can play his little butt off. It’s great to watch. As long as he keeps his head on straight which I think he’s done a great job with.” 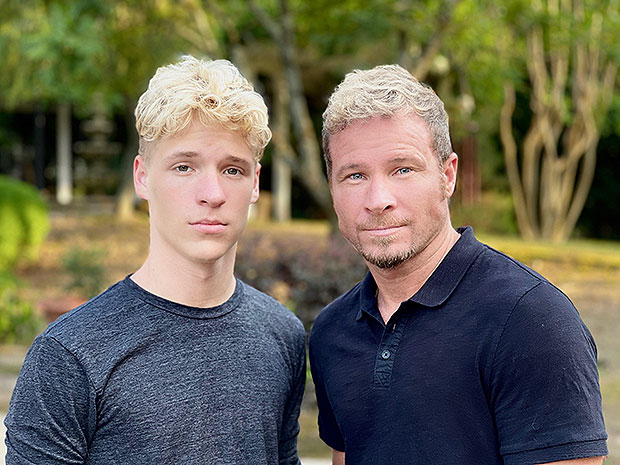 Since Baylee, whose mother is Leighanne Wallace, grew up around Brian’s success with the Backstreet Boys, he learned a lot about the music industry by simply being around the group and their shows, and he calls it “a mind blowing” experience.

“Seriously one of the most memorable things in my life was being out on the road with my dad and being a part and the boys always did an amazing job of making me feel a part since I can remember,” Baylee said during the interview before talking directly to Brian for a moment. “One of my first memories that I can seriously remember is a music video you guys were shooting for “Never Gone.” They were doing the album cover and shooting the picture and I just remember you guys doing that and that’s one of the first things I can seriously remember and all of the way up until now.” 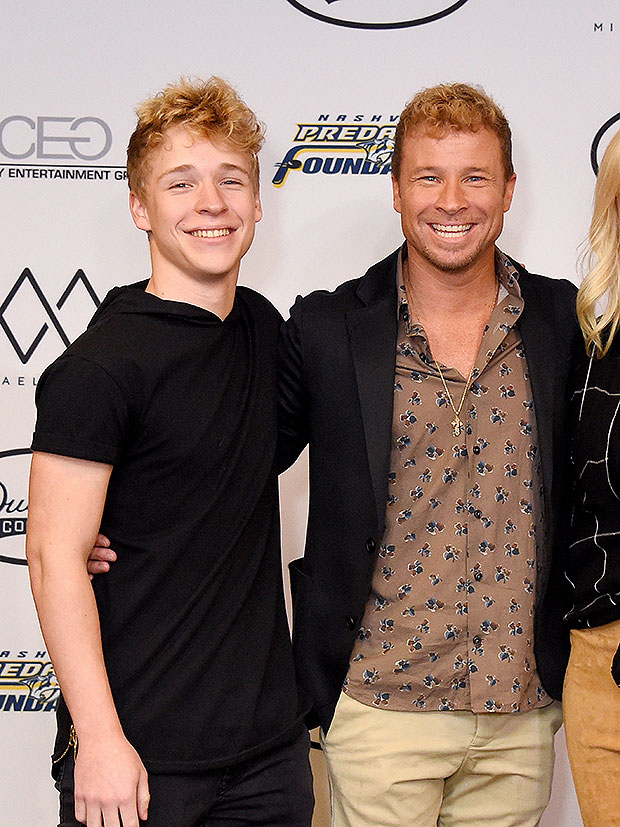 “I can’t tell you how monumental it’s been to grow up and see my dad’s work and not many people get to experience that,” he added. “So to see it and try and attempt it myself, it’s kind of mind blowing, honestly.”

As far as a possible collaboration in the future, Brian and Baylee are definitely down for it but are not sure when it would happen. “Who knows. As Baylee grows in the industry, I would love to do a father son duo album with him,” Brian said. “I think that would be something great. I think we sound a lot alike. He can do a lot of things with his voice at an early age and he’s a great, great singer, great writer, great performer. Who knows? Father son duo? I’m not mad at that at all.”

Since Brian and Baylee’s bond seems so strong, it would make sense that their Father’s Day celebration would be amazing. The former revealed that although he planned to start the special day simple with, “maybe just coffee in bed,” he and his family were also “going to be traveling to Utah.” Here’s to hoping he and Baylee find time to make some more memorable musical moments!