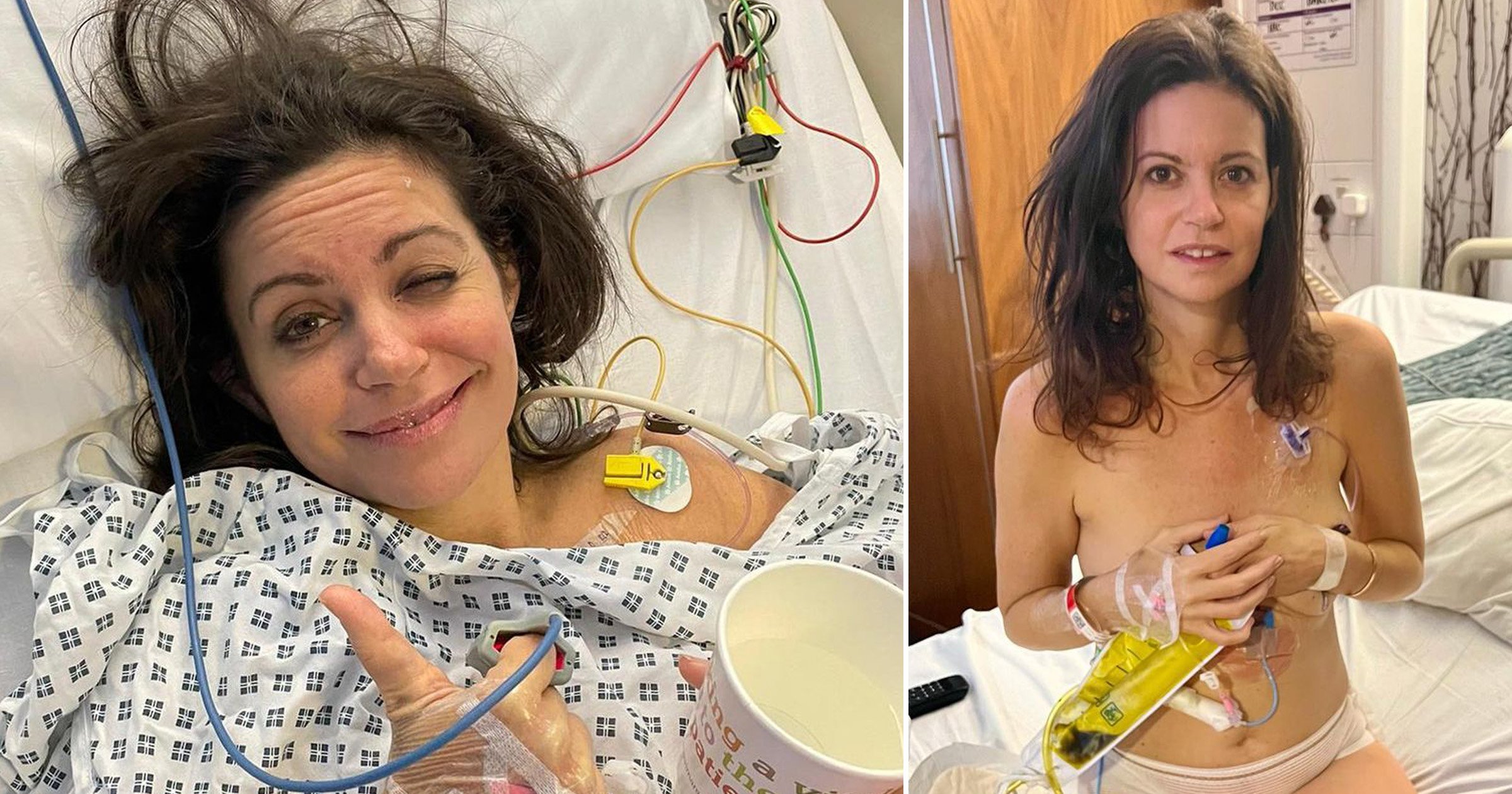 Deborah James remains unapologetic about her revealing outfits on social media after being accused of ‘sexualising cancer’.

The You, Me and the Big C podcast host has appealed to thousands of women with her frank social media posts about her bowel cancer battle.

Deborah, 40, has been living with the disease for nearly six years after being one of the few to outlive her prognosis from the doctors.

Despite her devastating ordeal, the presenter often shares upbeat and humorous posts which have drawn praise from her supporters but also, apparently, trolling.

In her recent column for The Sun, Deborah wrote: ‘I share the highs and lows of my life with cancer. I’ve dressed as a poo emoji to raise awareness of a disease people refuse to talk about because it’s embarrassing. And I’ve posted photos of hideous skin rashes after treatment.

‘Yet I’ve been accused of sexualising cancer, of pouting too much and acting like a teenager.’

Deborah revealed she’s been asked if she should ‘really be wearing’ short skirts and plunging necklines. Some trolls have even brought her children into their nasty messages, claiming her son must be ‘embarrassed’ of her.

However, the TV and radio star insisted she ‘makes no excuse for who I am’ and ‘loves’ wearing short skirts, dancing and pouting.

‘I’ve done naked photoshoots and would do one again,’ she stated unapologetically, adding that everyone should have the ‘freedom to choose what is right for ourselves’.

Deborah was diagnosed with incurable bowel cancer in 2016 and has had as many as 17 tumours.

In January, she was rushed to hospital due to an ‘acute medical emergency’ and later underwent emergency surgery after ‘nearly dying’ following a small bleed.

The BBC star had to be resuscitated and her family ‘prayed [she’d] make it through the night’.

In January 2020, doctors declared Deborah cancer-free but later found the disease had returned and she would require surgery. That November, she had an operation on her 17th tumour.

If you or someone you care about has been diagnosed with cancer, Macmillan can offer support and information.