Holly Allen isn’t sitting at home mourning her split from Jackson Michie. The Big Brother season 21 runner-up enjoyed a night out with Bachelor Nation’s Blake Horstmann on Wednesday, June 24, a week after her breakup made headlines.

“ICED,” the 32-year-old reality TV personality captioned a video of Horstmann, 31, being served a Smirnoff Ice via her Instagram Stories.

The Bachelorette alum reposted the clip, adding, “Wednesdays” and a facepalm emoji.

According to a source, however, the pair’s relationship is platonic. 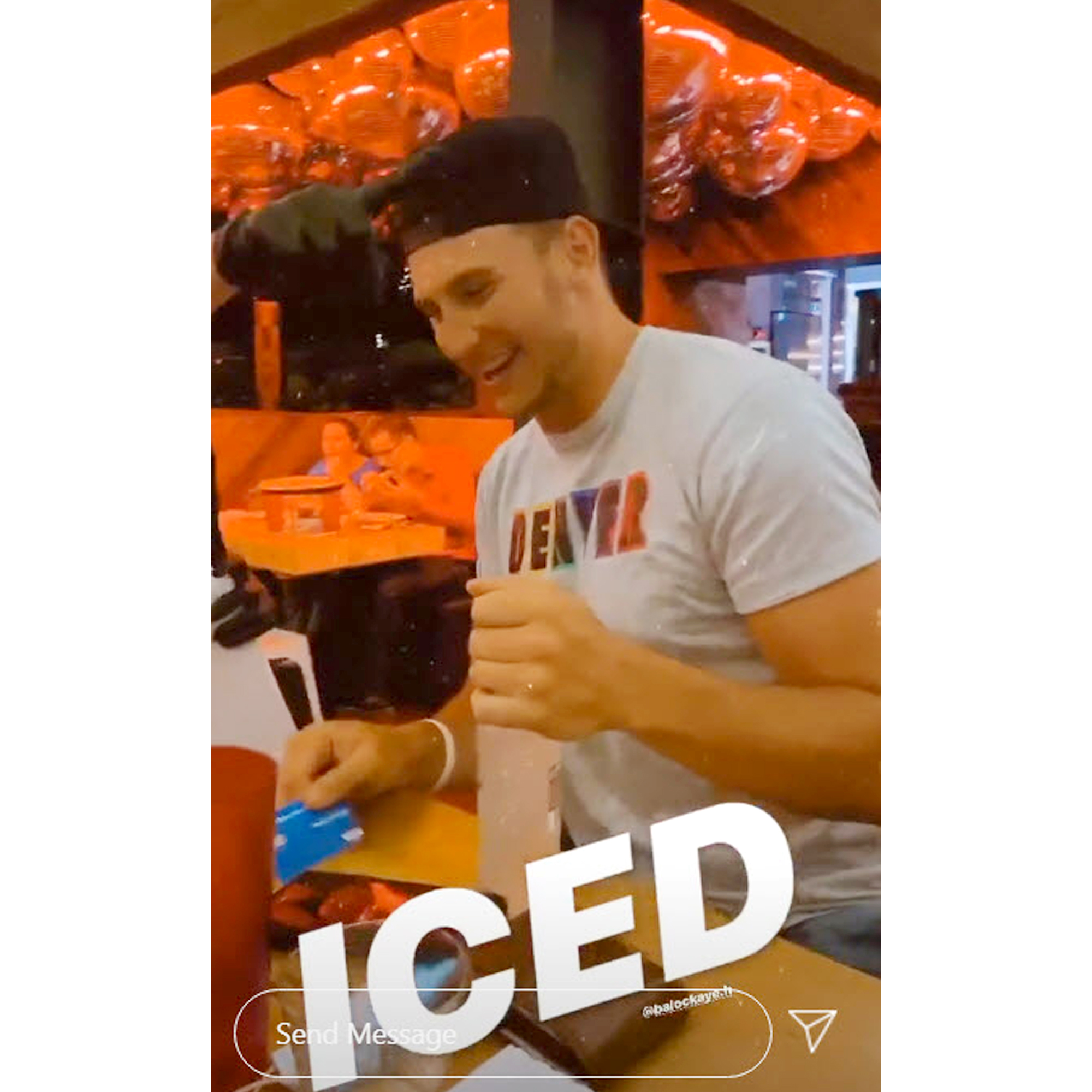 “Blake actually knew Holly before she went on Big Brother,” the insider tells Us Weekly. “They have mutual friends in Denver and were just out with friends catching up.”

Allen and Michie, 25, meanwhile, met while competing on Big Brother during the summer of 2019. They called it quits earlier this month and announced their split via lengthy statements on their respective social media accounts.

“I had an amazing partner in that game I played. And I wouldn’t change the experiences for the world,” she wrote on June 18. “But some things are not meant to go beyond that. Sometimes fundamental character traits simply don’t line up. Priorities don’t match. And that’s OK. This past year has been the hardest to date and has taught me about sense of self, security in who I am, and what I want for my future. I know I cannot compromise my own integrity. I know that I’m proud of myself, my accomplishments, and my roots.”

Allen went on to note that she’s “excited” for a new chapter.

“I know what I deserve,” she penned. “Right now, I’m hurting. But hey, pain is only temporary.”

While Allen and Horstmann are just friends, she has a past with Bachelor Nation. She dated Bachelorette season 12 alum Luke Pell on and off from 2017 to 2018.

Horstmann, for his part, filmed a different reality show during the summer of 2019: Bachelor in Paradise season 6. And during his stint in Mexico, he came under fire for the overlap between his relationships with Caelynn Miller-Keyes and Kristina Schulman prior to filming. He has seemingly stayed single following the drama.