‘Jeopardy!’ can apparently tell the future! Weeks before Ben Affleck and J.Lo reunited in Montana, the show had not one, but two clues seemingly predicting what was to come.

No one saw the surprise reunion between Ben Affleck, 48, and Jennifer Lopez, 51, coming 17 years after their split — except for the Jeopardy! writers, apparently. A clue using their widely publicized nickname “Bennifer” kicked off the episode, which aired on Friday, May 14 but was taped weeks in advance. “As a couple, they were known as ‘Bennifer’,” the clue read (for the record, the contestant got the answer wrong and answered Ben Affleck and Jennifer Aniston).

As if that wasn’t enough, there was a Double Jeopardy category all about the state of Montana — which is where Ben and Jen were spotted just a week ago on their seemingly romantic getaway! The sighting marked their first time being photographed since their split, which was back in Jan. 2004 following a postponed Sept. 2003 wedding. The two year romance and engagement (that included an iconic pink Harry Winston diamond worth $2.5 million) was one of the most storied celebrity romances ever.

Twitter immediately freaked over the hilarious Jeopardy! moment, with several wondering if the show — which was hosted by legendary host Alex Trebek until his death in Nov. 2020 — was psychic! “can the #jeopardy clue writers see into the future??? has it been in the Gigli stars all along for bennifer???” one fan pondered, referencing their 2003 movie which co-starred Al Pacino. “IS #JEOPARDY MISS CLEO AND/OR TROLLING US ALL?! Also can’t believe the guy got it wrong. Jennifer Lopez and Ben Affleck. Iconic couple,” another reacted.

As the show went on, fans also reacted to the mention of Montana as an entire category! “Excuse me but Jeopardy (filmed weeks in advance) manifested Bennifer 2021 AND their getaway to Montana with the clues that aired tonight!!!” a third exclaimed. 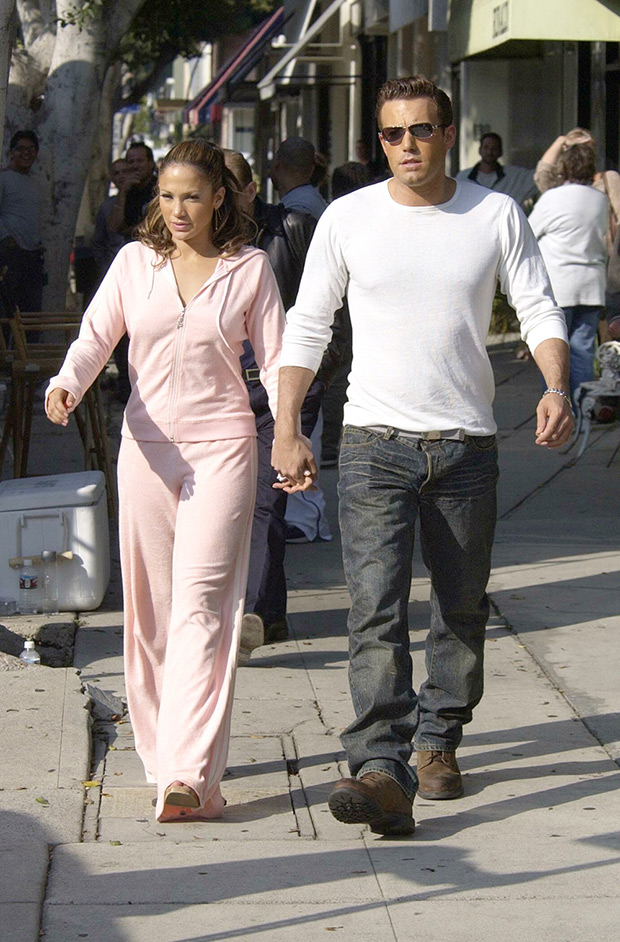 Bennifer have yet to surface since their trip to Big Sky, which is a go-to destination for The Town actor who reportedly owns a house in the area. “It’s certainly the right thing at the right time for them. They love getting to know each other again,” a source told HollywoodLife EXCLUSIVELY. “It’s no secret among his friends that he regrets the way things ended all those years ago, so whatever ends up happening, this is definitely a good thing for Ben,” another added. The seemingly romantic reunion has the stamp of approval from Ben’s BFF Matt Damon, who reacted to the news by saying, “I hope it’s true. I love them both. I hope it’s true. That would be awesome,” on Good Morning America.