An intimate affair! Bobby Bones didn’t score an invitation to his American Idol costar Katy Perry’s wedding to Orlando Bloom, but there are no hard feelings about it.

“It was so small that I did not get that invite,” the radio personality, 41, told Us Weekly exclusively while promoting his new show Breaking Bobby Bones, which premieres later this month. 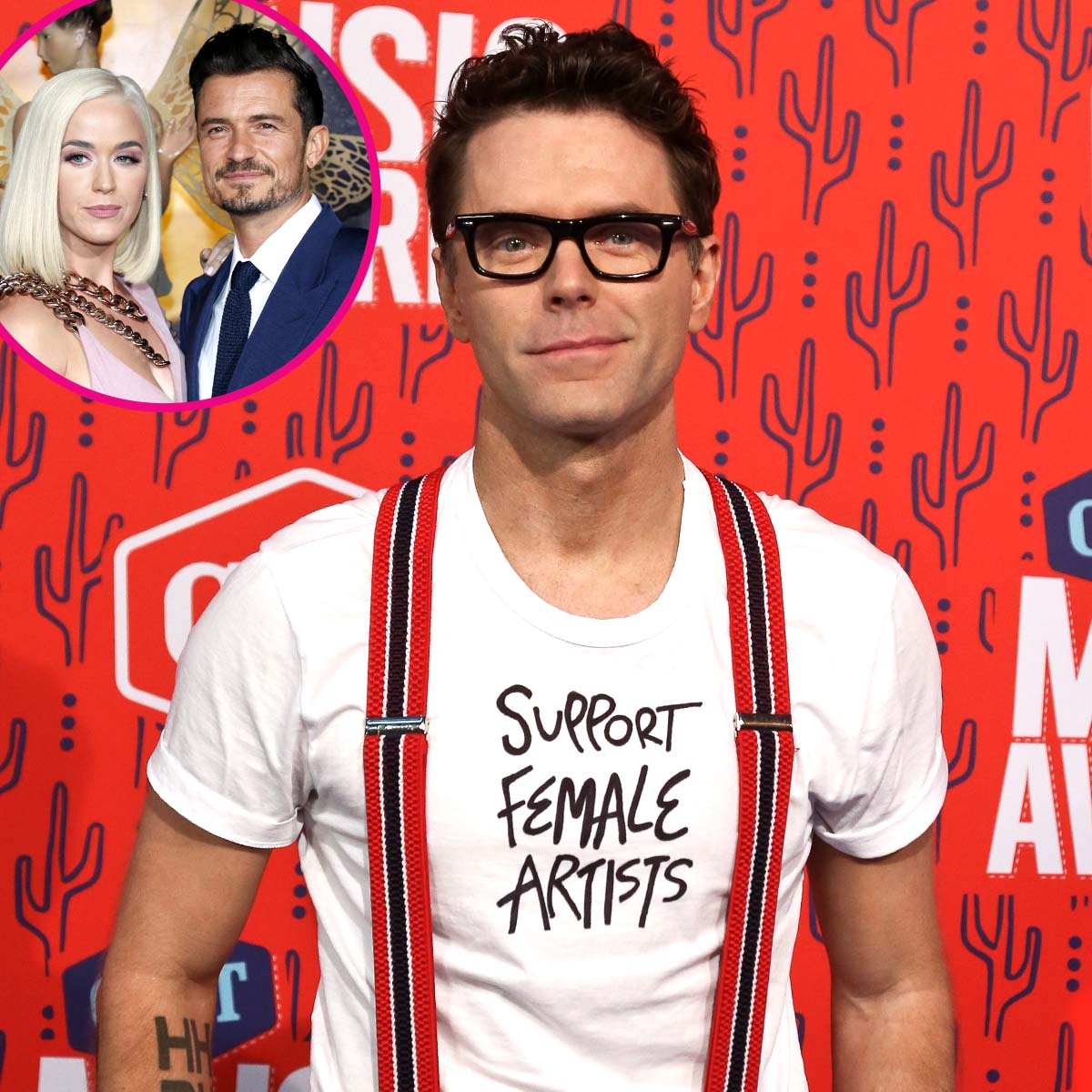 “We had dinner, I guess, about a year or so ago,” the Dancing With the Stars alum recalled of his coworker, 36, explaining that the cast spends much less time together now because of pandemic-related filming rules. “They kind of keep it all separate and then right when it’s showtime, we’re in. So unless we’re, like, talking on a Zoom or backstage quickly, we’re not together nearly as much this season.”

The “Roar” singer and Lord of the Rings star, 44, got engaged in February 2019 and planned to wed in December of that year, but initially rescheduled the event to early 2020 because of a timing issue with their chosen venue. The coronavirus crisis then caused them to push it back again.

Earlier this year, the couple sparked rumors that they had married in secret when Perry was spotted wearing a gold band on her left hand in March, but neither has confirmed any news about their nuptials.

“I did not go to the wedding,” Bones added, seemingly hinting that the duo may have already tied the knot. “And I understood why, although I was jealous.”

The pair were first linked in January 2016 and dated for just over a year before calling it quits in March 2017. They rekindled their relationship in February 2018 and welcomed their daughter Daisy, now 8 months, in August 2020.

While his costar possibly wed in secret, Bones was busy planning his own nuptials to his fiancée, Caitlin Parker. The couple announced their engagement in October 2020.

‘Lord of the Rings’ Cast: Where Are They Now?

“We delayed our first wedding, which should have been in April, but now we feel good about our late summer wedding,” the Fail Until You Don’t author told Us. “I hear wedding planning is going great. I probably haven’t done as much as I should have. If she needs help, I’m like, ‘Hey, I’m here.’ But she knows.”

He has, however, already picked out the members of his wedding party, which includes former tennis star Andy Roddick. Naturally, he’s also taken on some music-related tasks.

“I do have a couple of things that I have been in charge of [with] music,” the country radio personality explained. “I have friends that also are known for playing music and I’ve kind of lined up some of that for the wedding. … I’ve done a couple of things, but not a lot!”

Biggest ‘Dancing With the Stars’ Controversies Through the Years

The first two episodes of Breaking Bobby Bones premiere on National Geographic Monday, May 31, at 10 p.m. ET before the show moves to Sunday nights.