It’s a major day for Brad Pitt and Angelina Jolie’s children: After a long and difficult court battle to see who would be responsible for taking care of their six children— Maddox, Pax, Zahara, Shiloh, Vivienne, and Knox— Brad has been awarded joint custody of the kids, according to Entertainment Tonight.

Judge John Ouderkirk, the presiding judge over their case, reportedly issued a “detailed” ruling that claimed Angelina’s testimony “lack[ed] credibility in many important areas” and that the current custody order needs to be modified to accommodate the new ruling for their children’s needs and best interests.

“All Brad ever wanted was to have joint custody of his children and he is relieved that the court ruled in his favor. This is a huge deal given the prior arrangement with the children. Brad can’t wait to spend more time with them,” a source told the outlet after the ruling. “He’s incredibly happy.” 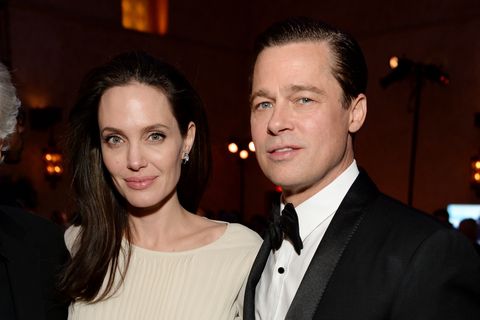 Angelina isn’t thrilled about the ruling, though—she believes she was denied “a fair trial, improperly excluding her evidence relevant to the children’s health, safety, and welfare, evidence critical to making her case,” court documents from the case state. Angelina also wanted Judge John Ouderkirk to be removed from their case due to him allegedly having a personal connection with Brad on other cases, which she felt gave Brad an unfair advantage in their custody battle. Her request for a different judge was denied in November.

The court documents also said that the “tentative order and ruling” are “still subject to the statement of decision process,” which means we’ll likely be hearing more details about Brad and Angelina’s custody battle case in the coming months.