BRIAN VINER reviews Four Kids And It and Disney's Elephant

BRIAN VINER: It’s a kind of magic as Michael Caine’s eccentric furball will delight children … while Meghan voices a schmaltzy Disney doc about other enchanting creatures

Verdict: One shade of grey

A new film that families can enjoy together is a precious commodity at the moment, rather like a bumper pack of loo rolls.

Moreover, Four Kids And It (on Sky Cinema) combines the storytelling gifts of Jacqueline Wilson and E. Nesbit, not to mention the charisma of Sir Michael Caine, giving voice to a wizened beach-dwelling creature that has a magical power to grant wishes.

But if all that makes Four Kids And It sound like a lockdown winner, I’m afraid it promises more than it delivers.

It is adapted from Wilson’s 2012 novel Four Children And It, which was itself inspired by Nesbit’s Five Children And It, published in 1902. In some ways, Nesbit was the Wilson of her day, or maybe Wilson is the Nesbit of hers, in that neither shrank, in telling stories for and about children, from some of life’s harsher realities. 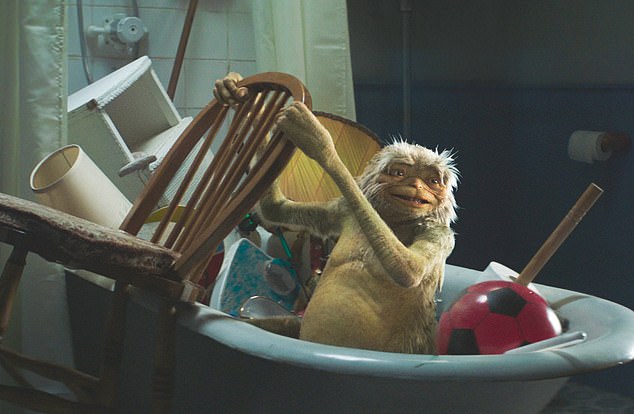 Four Kids And It (on Sky Cinema) combines the storytelling gifts of Jacqueline Wilson and E. Nesbit, not to mention the charisma of Sir Michael Caine, giving voice to a wizened beach-dwelling creature that has a magical power to grant wishes

Here, a pair of single parents, David (Matthew Goode) and Alice (Paula Patton), who is American, use a holiday in a rented house by the Cornish seaside to announce to their respective children that they have fallen in love and everyone needs to get along like one big happy family.

Predictably, this falls on unimpressed ears. David’s 13-year-old daughter Ros, played by Teddie-Rose Malleson-Allen (half-sister to singer Lily Allen) yearns only for her dad to reunite with her mum, who has gone off to ‘find herself’. And Alice’s older daughter Smash (Ashley Aufderheide), also 13, is a brat who moans even at the best of times that her mother has ruined her life. She hates England — ‘they eat mushy peas!’ — and now she also hates Ros.

Then into this incendiary mix enters the computer-generated Psammead (Caine). This is the ‘It’ of the title, and just the sort of thing anyone might expect to find on a beach in Cornwall — an ancient furry goblin who can make dreams come true with his enchanted stomach gases. 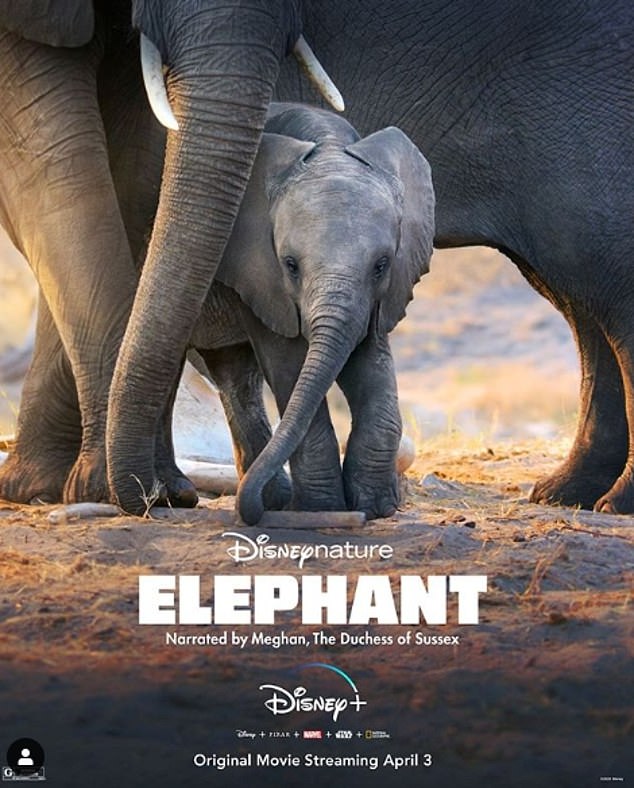 Thanks to him, the four children not only levitate and travel back in time but are even whisked away in a pink helicopter to meet (the former) Cheryl Cole.

These are clearly more exciting diversions than the hapless David’s idea of fun, which includes I-Spy. But wait, there’s a villain lurking, an eccentric local squire played in a cacophony of over-acting by a lavishly bearded Russell Brand.

Will he get his rascally hands on the elusive Psammead, which he sees as his passport to riches? Will David and Alice ever manage a tryst on the kitchen floor without their offspring bursting in?

Alas, I think viewers of all ages may stop caring long before the end. There are some funny moments, all of them involving Caine, but even in a film for children, whimsy needs to feel natural. Here, it feels forced.

The narration on the new Disney Plus documentary Elephant feels similarly forced, almost as if a former actress might be trying too hard.

That, it is said, is how Meghan got this gig. There is footage of Prince Harry telling Disney boss Bob Iger that the duchess is now available for voiceover work — and here we are, with her sounding on the brink either of a tinkly giggle or a good sob as she over-animatedly talks us through the bittersweet story of a herd of elephants plodding for 1,000 miles across the Kalahari in search of water.

It’s all very Disneyfied, a riot of anthropomorphism with names for the animals, and lines — ‘Gaia’s anxious and calls time out on the mud pool!’ — to make David Attenborough frown like a Sumatran rhino.

On the other hand, the camerawork is terrific and it’s unexpectedly amusing listening to Meghan guilelessly reading a script that, it seems to me, contains little coded rebukes for her, with references to ‘the great matriarch… a force to be reckoned with and a powerful role model for the entire herd’.

Yes, Meghan, and don’t you forget it!

Last week, I began listing my 100 favourite English-language feature films. Here is the second batch of ten — all available to stream, download or order on DVD. Please write in if you feel strongly enough either in favour of my choices or in disagreement — Daily Mail, Northcliffe House, 2 Derry Street, London W8 5TT, or via email ([email protected]).

I have already had lots of responses, including some polite questioning of my sanity for placing Unforgiven right at the bottom, at number 100. But then that’s what lists are all about — to generate debate.

In due course I hope to publish some of your letters and also to remind you of the entire list (which, I have to say, is already causing me some personal turmoil … at the moment, I can’t find room for several films that I cherish. Clearly, a top 100 just isn’t enough). 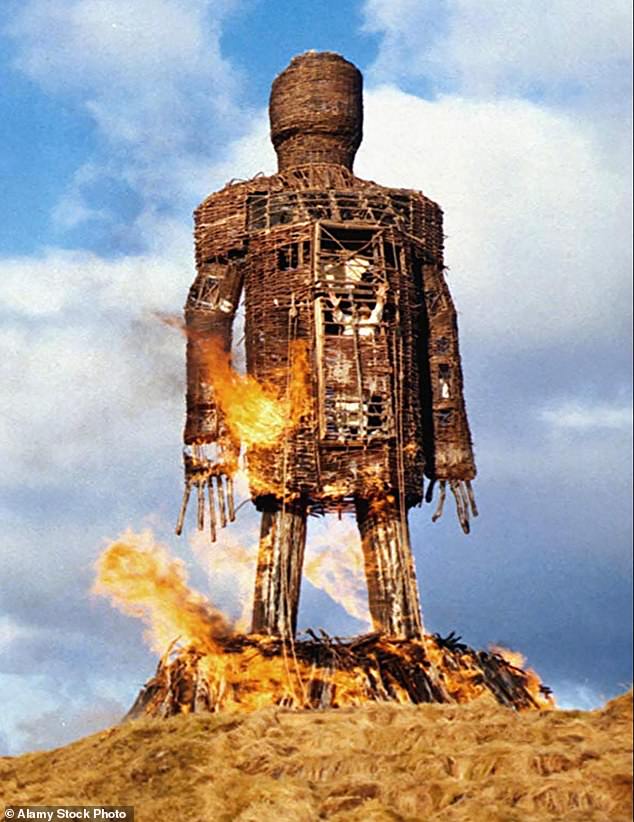 The Wicker Man: As a director the late Robin Hardy was something of a one-hit wonder, but what a hit. The best of all folk horror films is as weird and chilling now as it always was

The first and best in the franchise, a wildly enjoyable adventure perfectly choreographed by Steven Spielberg.

As a director the late Robin Hardy was something of a one-hit wonder, but what a hit. The best of all folk horror films is as weird and chilling now as it always was.

Such a whimsical idea, so gloriously executed. It is the perfect vehicle for Bill Murray, wonderful as the grouchy weatherman who finds himself reliving the same day, over and over.

An investigative-journalism procedural into errant priests, done with such elan that it fully deserved its Oscar for Best Picture.

A neo-noir classic, one of the great thrillers of the past 30 years, and in my view a much better picture than Titanic, which eclipsed it at that year’s Oscars.

Alec Guinness is brilliant in David Lean’s hugely stirring and powerful war film. Oddly enough, he only got the part because Charles Laughton, Lean’s first choice, didn’t fancy the heat.

To reiterate, these are not what I consider to be the 100 best films ever made, but just my 100 favourites. So by that measure, this is impossible to omit.

Errol Flynn at his most dashing, Olivia de Havilland (still with us, aged 103) at her most radiant. An enduring joy.

Not George Lucas’s most famous film of the 1970s (that would be Star Wars). But one of the great coming-of-age movies. Maybe the greatest.