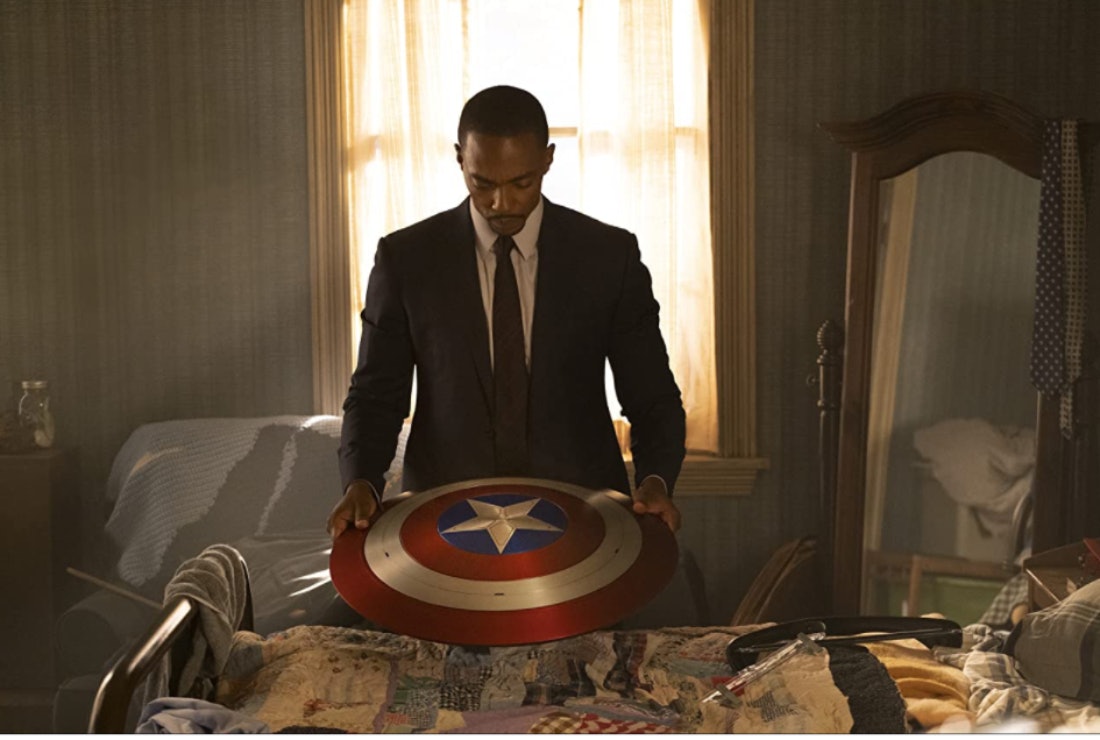 There’s finally another Captain America flick in the works, but it might not be what you expect. First winning over fans in the 2011 film Captain America: The First Avenger, the character’s role in the Marvel Cinematic Universe (MCU) films left a huge mark on the fandom. Although you may not have been expecting a Captain America 4, info about the cast and plot are slowly being revealed in the wake of The Falcon and the Winter Soldier. If you’re hype about the new flick, here are all the deets so far.

The last Captain America film was Captain America: Civil War, which hit theaters in 2016, but Steve Rogers’ last appearance was in 2019’s Avengers: Endgame. While Rogers was at the center of all the previous Captain America movies, the upcoming film will likely not involve Chris Evans. Previously, he denied that he’ll return to the MCU. Not only that, Steve Rogers’ storyline at the end of Avengers: Endgame was a game-changer — one that saw Rogers retiring from heroics, aging up to an older man, and settling down with the love of his life.

When a January 2021 Deadline report suggested that Evans would be back for a future Marvel project, he shot the rumors down fast. Evans tweeted "News to me" in response to the report, hinting that the claims were fake. Considering Evans called Endgame his last Marvel flick, it doesn’t seem likely he’s going to jump back into the suit and don the shield. Plus, The Falcon and the Winter Soldier ended in Sam Wilson officially taking up the Captain America mantle, so it definitely looks like this movie will be all about the former Falcon.

Following Captain America 4’s announcement on Friday, April 23, there’s already a lot to unpack about what the film will have in store for the MCU, so get ready to dive in.

Malcolm Spellman, writer and creator of the Disney+ series The Falcon and the Winter Soldier, is penning the script with Dalan Musson.

The project is still in the early stages, so there is no official release date yet. Given all the previously announced projects that are part of Marvel’s Phase 4, fans will likely have to wait a year or two for the new Cap movie.

While Evans probably isn’t starring (or even appearing) in Captain America 4, it’s easy to speculate who probably will be. Since Spellman is co-writing the film, it will likely springboard off of The Falcon and the Winter Soldier‘s storyline, which saw Sam Wilson embrace his new role as Captain America.

The Hollywood Reporter also suggests the upcoming film could be a continuation of the Disney+ series’ plot. If it does star Anthony Mackie, then it may also include Sebastian Stan, who plays Bucky Barnes on the show, as well as other characters in the series, such as Wyatt Russell’s U.S. Agent, Emily VanCamp’s Sharon Carter, and Julia Louis-Dreyfus’ newly introduced character Contessa Valentina Allegra de Fontaine.

So far, there’s no confirmed director or cast, so it’s all just speculation for now.

If Captain America 4 follows The Falcon and the Winter Soldier, the plot could center around Wilson’s struggle now that he’s accepted his new title. In the series, he initially didn’t want to take the title of Captain America, leading to John Walker taking up Rogers’ shield with disastrous results. The show’s finale hinted at Walker possibly turning to the dark side with a new superhero name: U.S. Agent — along with teasing possible villainous turns for Val and Sharon.

Although there’s no plot confirmation yet, it seems fans are already expecting the movie to continue The Falcon and the Winter Soldier‘s story since the Season 1 finale left a lot of questions unanswered.

Since filming has yet to begin on the new movie, there is no trailer for Captain America 4 yet. Marvel has yet to publicly confirm or reveal any details about the upcoming film, but it’s a great thing for fans to look forward to now that The Falcon and the Winter Soldier is done.