BBC Breakfast stars Carol Kirkwood, 58, and Mike Bushell, 54, are regulars at Wimbledon where the duo often present live from the sporting event. However, the annual competition has been cancelled this year following the recent coronavirus pandemic.

However, this didn’t stop Mike from taking aim at his colleague after she reacted to a Twitter message.

Taking to the micro-blogging site, Carol responded to a post by another BBC colleague who uploaded a montage of photos of them at Wimbledon last year.

She thanked her co-star for sharing the “memories”, in view of her 184,000 followers.

But it didn’t take long for Mike to take an opportunity to make a cheeky jibe at Carol. 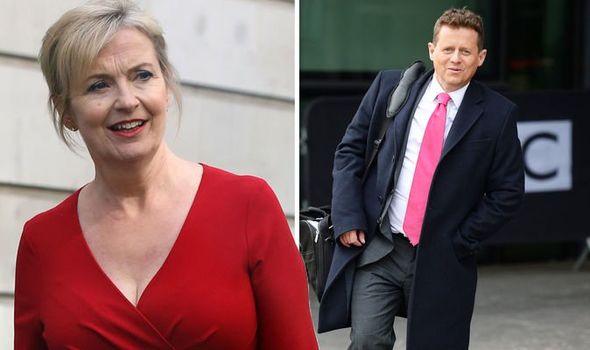 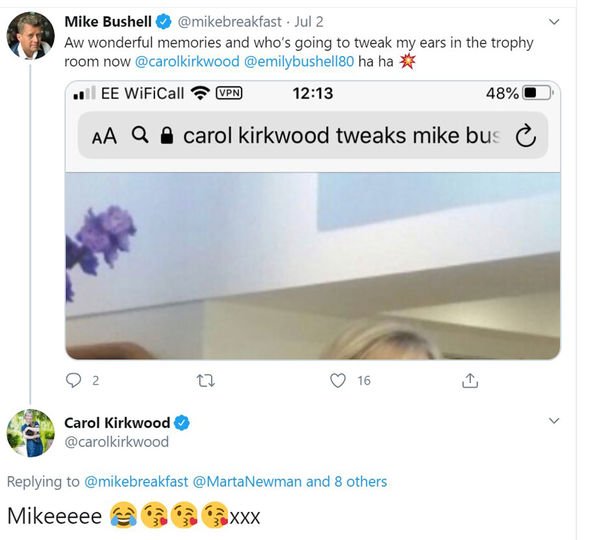 The former Strictly contestant joked it wasn’t all fond memories for him as he shared a photo of Carol pulling his ears in the trophy room. 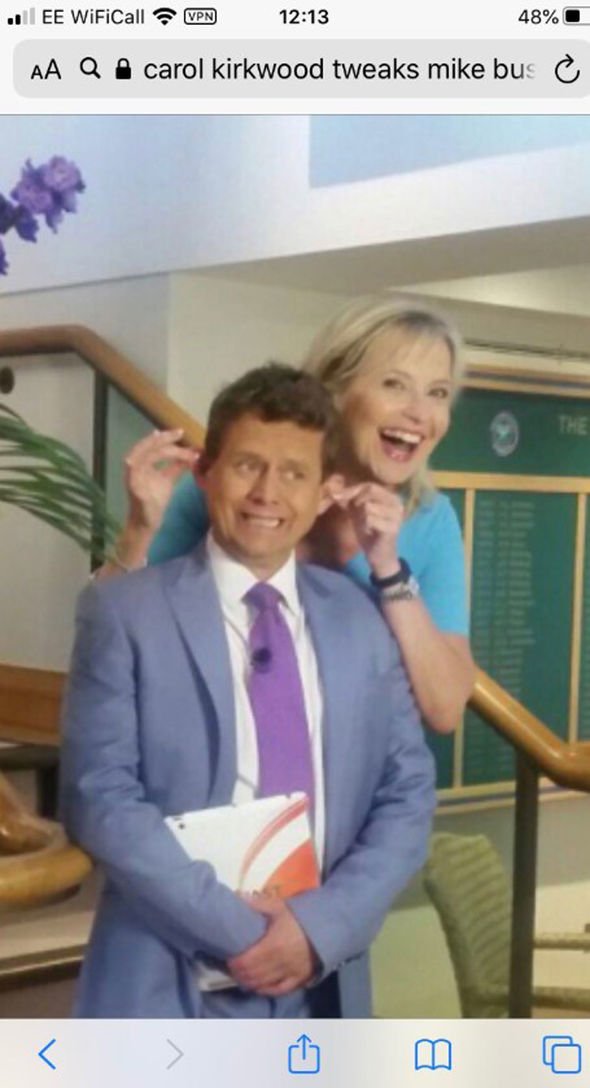 The BBC Breakfast duo are regular fixtures at Wimbledon but unfortunately have to give it a miss this year.

Meanwhile, Carol recently shared a picture of herself and journalist Charlotte Simpson pretending to cry at Wimbledon earlier this week as they missed their co-star Sally Nugent.

Carol jokingly pretended to wipe away tears while her co-star pulled a sad face to the camera, in view of her 184,000 followers today. 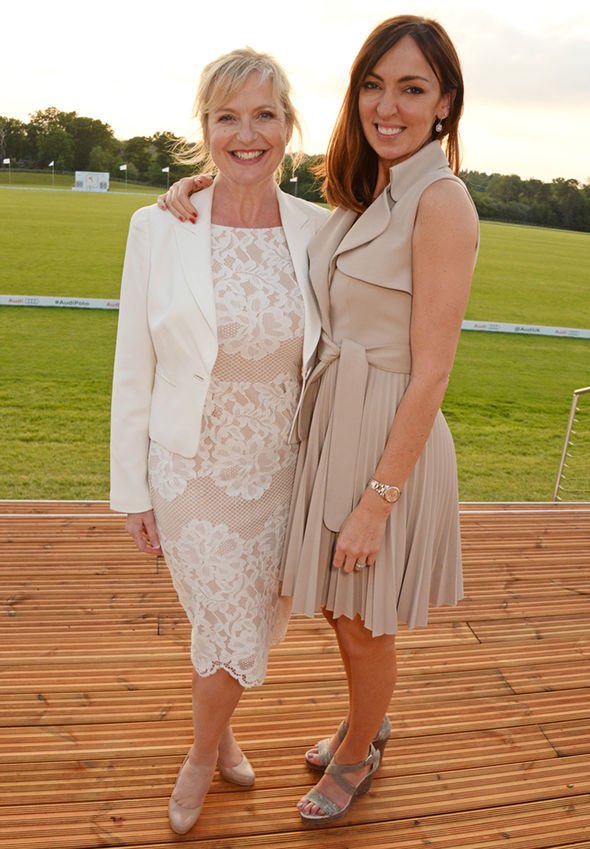 Fans of the pair appeared to be confused by her tweet as one commented: “Eh wazzup?”(sic) while a second queried: “What happened?”

The co-star’s were referring to the fact that they won’t be presenting together at this year’s event due to the coronavirus pandemic.

Championships will not be taking place at Wimbledon this year, however tennis fans will be treated to 50 hours of programming on BBC Sport for the next two weeks.

Italian professional dancer Graziano Di Prima was due to marry his fiancée Giada Lini in a church in a small town in Sicily.

Mike told the couple it was “best to wait” till they could celebrate “properly”.

The 26-year-old Strictly star proposed to his girlfriend, who is also a professional dancer, on stage last May, during a performance of Burn The Floor in Watford.