This Is My House

Cheers, Stacey Dooley. The red-headed Strictly queen’s deliriously silly new show gives us the chance to say what some people have been longing to proclaim for weeks — but haven’t dared.

This Is My House (BBC1) featured a rude, entitled American woman who was blatantly lying through her teeth. And the point of this game is that we can say so without fear of being cancelled.

The woman in question said her name was Fern, from New Jersey. She moved to Kent after a Googling disaster — she thought the Garden of England was in the Cotswolds, and that Ashford International was a major airport, not a rural train stop with ideas above its station. 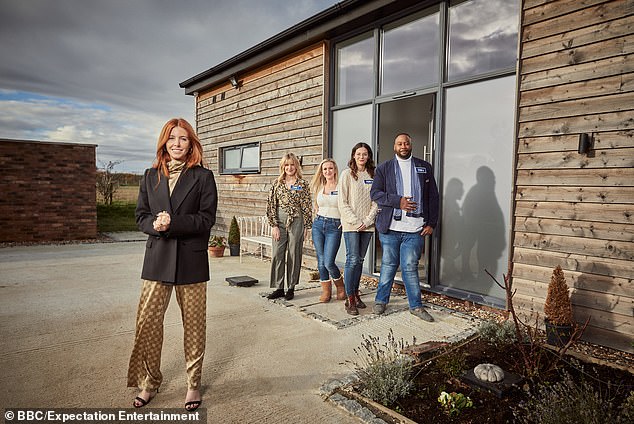 Fern announced she was ’40 per cent vegan’, declared she didn’t bother learning the name of her cleaning lady ‘because I’m a feminist’, and got cross when Stacey mistook her ‘detox tea’ for an ordinary camomile brew. She was truly ghastly, and as fake as Donald Trump’s suntan.

She was also an actress, and a very funny one at that. Her name wasn’t Fern at all, and this elegant barn conversion gazing over sheep fields on the edge of Ashford was not her home. But there were three other people claiming to be Fern… and the twist was that one of them was telling the truth.

So, as David Frost used to say on Through The Keyhole, who would really live in a house like this?

In case you didn’t watch the show, expecting it to be rubbish, I won’t spoil the surprise — except to say it’s a much better game than you might guess. A celebrity panel, including comedians Judi Love, Bill Bailey and Jamali Maddix, as well as actress Emily Atack, were joined by a more famous guest: Laurence Llewelyn Bowen.

They parked themselves the regulation two metres apart around a telly and watched videos of the four Ferns, each claiming to be the real owner of this trendy home. 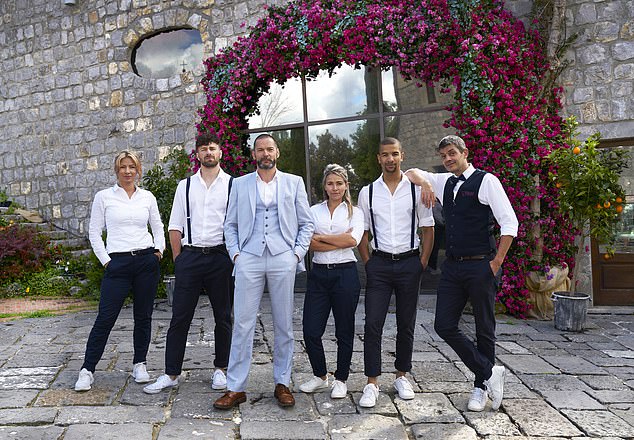 Channel Four’s First Dates Hotel (staff pictured outsie) is a continental version of the First Dates restaurant show, transported to an Italian hotel with a spa and chalet dormitories, and featuring three couples going through the motions of a romantic encounter

One Fern had an authentic Kent accent, and demonstrated how she had to roll out of bed in the morning like a stunt woman, so the farm hand in the adjoining field couldn’t stare at her through the picture window.

Another Fern crumpled with embarrassment when presenter Stacey went through her cutlery drawer and found a bottle opener with saucily phallic handle.

And the fourth Fern was actually Fernando, a plus-size chap who got emotional when he talked about his husband, and produced clothes that were obviously his own from a closet.

Digger the dog, who really did live there, seemed to like Fernando best. But Digger was a Cavalier spaniel, and they’re anybody’s for a tummy tickle.

Have you spotted the true Fern among that lot? Here’s a clue: American Fern is a fraud… but you knew that from the start, didn’t you? It’s a frothy, nonsensical game, and I thoroughly enjoyed it. I won’t want to miss a moment next week.

First Dates Hotel (C4), on the other hand, is flatter than a glass of prosecco that’s been left out in the sun all day.

This format has nothing left in it. A continental version of the First Dates restaurant show, transported to an Italian hotel with a spa and chalet dormitories, it featured three couples going through the motions of a romantic encounter.

All the usual ingredients were served up — the cancer battle, the self-confidence crisis, the couple on opposite sides of the Brexit divide, the gay men who already knew each other.

We’d seen it all before. This episode was filmed in 2019 — and it should have been left there.

Historic wreck of the night: Scotland’s Buchanan Castle was the military hospital where top Nazi Rudolf Hess was held prisoner in 1941, we learned on Abandoned Engineering (Yesterday channel).

Now it’s a ruin. Looks like the previous tenant left a legacy of bad luck.