Channel 4 and BBC2 are sometimes like old-fashioned housewives in an Alan Bennett drama — both itching to share gossip, but with their beady eyes fixed on two quite different classes of person.

Mrs Four is scrubbing her terrace doorstep. ‘The state of that one!’ she says, indicating a skinny, bedraggled neighbour with six children and a hangover. ‘She’s no better than she ought to be.’

Around the corner in a row of bungalows you’ll find Mrs Two (or ‘Her Ladyship’ as Mrs Four calls her). Mrs Two wants you to know that she’s friends with some very ‘naice and refained’ people.

In their own ways, both channels were investigating the rise in mental health problems and the pressure this puts on Britain’s emergency services.

Police in South Yorkshire were run ragged, in the low-budget documentary 999: What’s Your Emergency? (C4), with 800 callers every day. 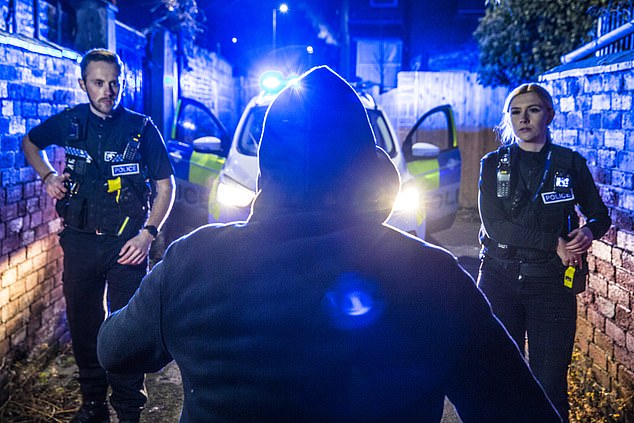 The low-budget documentary 999: What’s Your Emergency? (C4) captures random incidents dealt with by the police

Among the random incidents captured by the jolting, skittering handheld cameras, there was a shaven-headed bloke who felt his new neighbours slammed their car door too loud.

Insisting he simply wanted to maintain standards on the street, he took an iron bar to their windscreen. Mrs Four relished this, though not quite as much as she enjoyed the antics of a lady called Carmen.

Getting ready to celebrate her birthday, Carmen returned home to find her fella in bed with a prostitute.

Or possibly two prostitutes — Carmen’s account was a bit garbled.

Unconvinced by her boyfriend’s explanation that he was just keeping the woman (or women) company for a friend, Carmen grabbed a pair of scissors and talked about removing a part of his anatomy to use for earrings.

In these and most other cases, the police weren’t there to investigate. Their job was to calm down the anger of people, both offenders and victims, who felt their lives were descending into chaos.

Some tried to resolve their problems with violence. ‘It never ends well,’ remarked one officer, ‘when people start taking matters into their own hands.’

As lockdown began to lift earlier this year, Accident & Emergency departments across the country saw a surge in mental health cases.

Medics in Coventry, on Hospital (BBC2), reported a 30 per cent increase. One woman of 20 who felt constantly suicidal was admitted with dozens of cuts to both arms. She had slashed herself with a broken bottle. 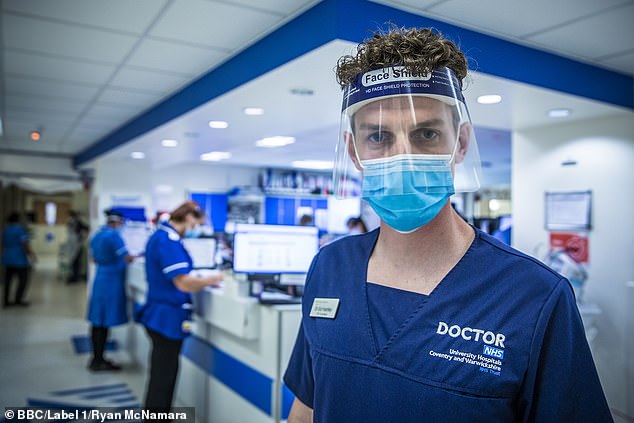 Another, a middle-aged woman with depression who had taken an overdose, had to wait in A&E for more than 48 hours while a bed was found in the overcrowded mental care wards.

Mental health services in the UK, he added, were ‘at times utterly unacceptable’.

Mrs Two tried to remain focused on this crisis, but her attention kept wandering away to the surgical wards where dashing consultants worked miracles.

She was particularly taken with a handsome neurosurgeon named Sandeep Solanki, who supplied a running commentary as he carried out repairs to the spinal bone of a woman with rheumatoid arthritis. 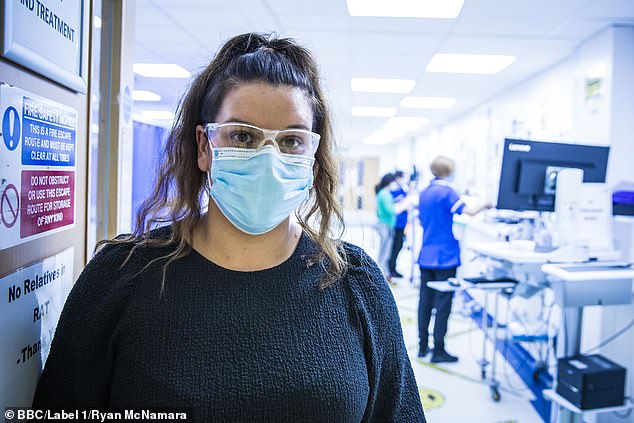 With the nerves of the spinal column on one side of his scalpel and a pulsating major artery on the other, Sandeep invited us to peer through his magnifying lenses.

‘It’s tiger country in all directions,’ he said. ‘This is scary, man.’ Mrs Two was trembling in admiration, as well she might.

On the other side, Mrs Four was peering round her curtains at a man who was attempting to sort out a family dispute with a meat cleaver. That’s what you call a class divide.