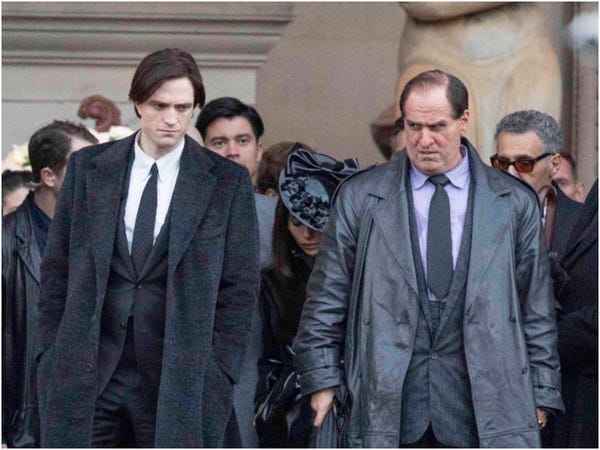 Colin Farrell's character look is a departure from the comics 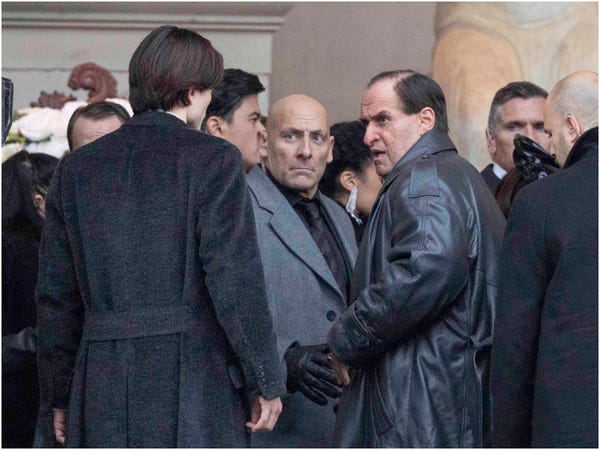 The Penguin is usually a little more stylized in the comics, with a top hat, monocle, and fancy three-piece suit. Here, his look is much more grounded, and looks more like a Robert De Niro mafia boss than a comic book villain.

He dons a leather coat and prosthetics making Colin Farrell look unrecognizable. He does hold an umbrella, however, an object almost synonymous with the Penguin. 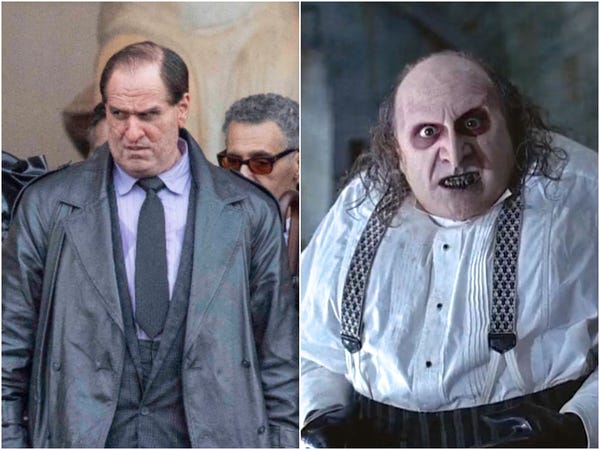 Farrell's Penguin look is also a big change from the last time we saw a live-action version of the penguin in the movie, which was in Tim Burton's "Batman Returns" in 1992.

In that incarnation, Danny DeVito took on the role of Oswald Cobblepot (AKA the Penguin) and, as befitting a Tim Burton movie, looked much more stylized.

We also got good looks of Robert Pattinson as Bruce Wayne 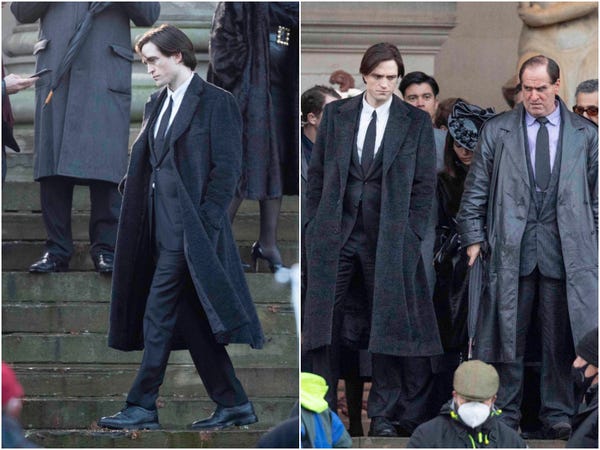 Pattinson's Wayne doesn't look quite as glamorous or playboy-like as Christian Bale's Batman, but he certainly looks more morose. 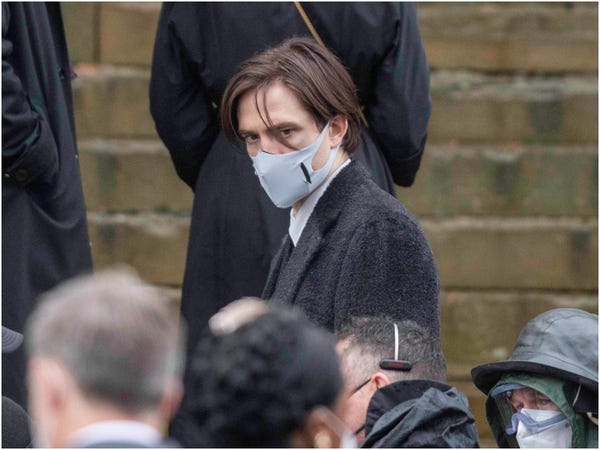 COVID-19 has forced many film projects to be delayed uncertainly, but those who have returned to filming have had to follow a very strict set of social distancing and corona-preventing rules.

It looks as though the actors are wearing masks in between takes, with Pattinson donning his while still in character as Bruce Wayne. Production was recently shut down for a couple of weeks while Pattinson recovered from the virus himself.

The set photos show a funeral scene of some description 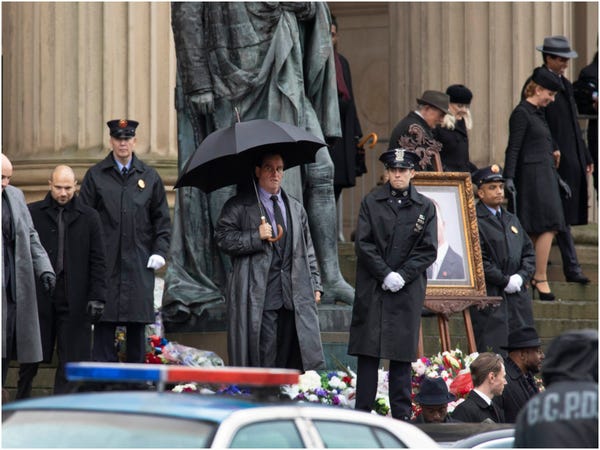 The set photos have all come from one scene in particular — a funeral scene of some sort. And it looks like there are several major characters all present for the scene, with Farrell's the Penguin and Pattinson's Batman both there, as well as Zoe Kravtiz's Selina Kyle (AKA Catwoman) and John Turturro's crime boss Carmine Falcone. 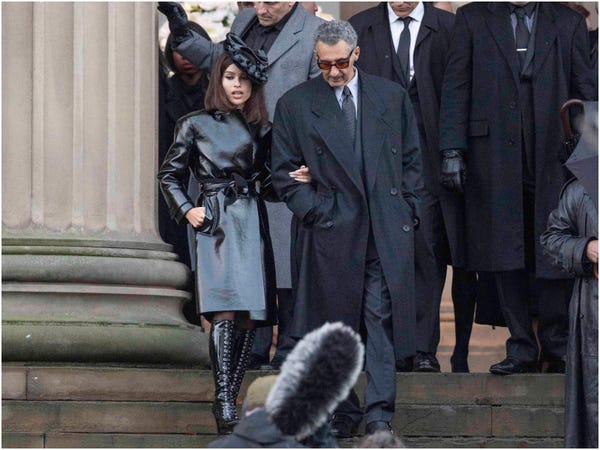 Yep, we get a good look at both of these characters. As Kyle, Kravitz is wearing a black outfit made almost entirely of leather, which seems to hark back more to Michelle Pfeiffer's Catwoman in "Batman Returns" than it does Anne Hathaway's in "The Dark Knight Rises."

Turturro also looks the part of a crime boss as Carmine Falcone, who was last played by Tom Wilkinson in Christopher Nolan's "Batman Begins."

Watch the trailer for "The Batman" below: