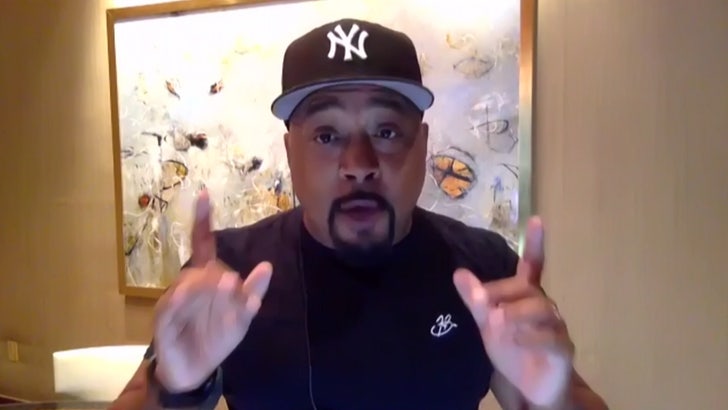 The Kardashian/Jenner family’s decision to call it quits on “Keeping Up with the Kardashians” means the world is now their oyster … according to Daymond John, who has some suggestions on how they can take it over.

The “Shark Tank” star joined “TMZ Live” Friday to weigh in on Kris, Kim, Khloe, Kourtney, Kendall, Kylie and co. announcing the end of the popular series that launched them into superstardom, telling us if you thought that was a phenomenon … you ain’t seen nothing yet.

Daymond says this is a huge move and allows the ladies to divide and conquer the media market, and he predicts a global takeover is coming.

As he points out … the family now has several separate booming brands, and suggests the TV show may have actually been holding them all back from reaching full potential, business-wise.

The Kardashian clan combined has billions of followers as well, which is why Daymond suggests they could actually launch their own social media platform, or at the very least … take some of that sweet streaming money.

After all, it’s already proven to work for other big names … the Obamas, Prince Harry and Meghan Markle, etc.

Finally, just to show how incredibly far all the girls have come … Daymond tells us a cool story about when he was responsible for product placement on ‘KUWTK’ in the early days.

They’ve all come a loooong way.