So Gisele Bundchen was more than ready to root for husband Tom Brady ahead of his 10th Super Bowl game on Sunday.

The 40-year-old supermodel showed her support for his team the Tampa Bay Buccaneers, who are competing against the Kansas City Chiefs for the championship.

And she was just one of many A-listers enjoying the biggest day in football. 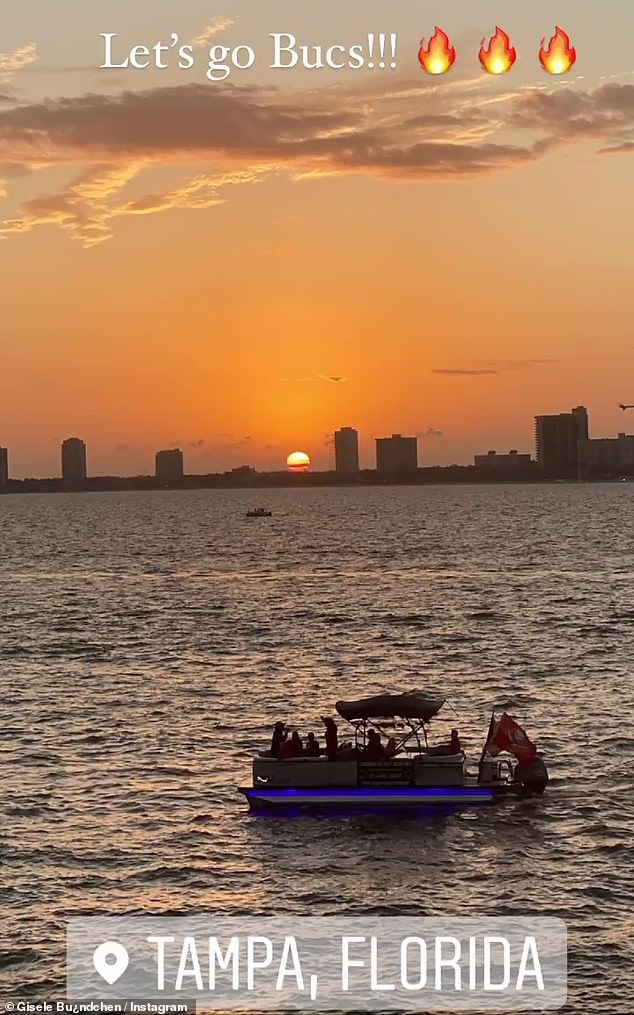 Big day: Gisele Bundchen was more than ready to root for husband Tom Brady ahead of his 10th Super Bowl game on Sunday

The first of Bundchen’s posts showed a beautiful sunset that had taken place over Tampa’s waterfront while the track Go Bucs by artist Zayboe_Baby played.

In addition to tagging her location, the former Victoria’s Secret Angel wrote ‘Let’s go Bucs!!!’ in the caption for the snap.

Her second Story showed her arriving at the Raymond James Stadium, and she expressed her enthusiasm for the event by exclaiming, ‘Let’s go…game time!’

Bundchen’s final video showed her sitting next to a friend while being driven in a vehicle that had been modified for COVID-19 safety protocols. 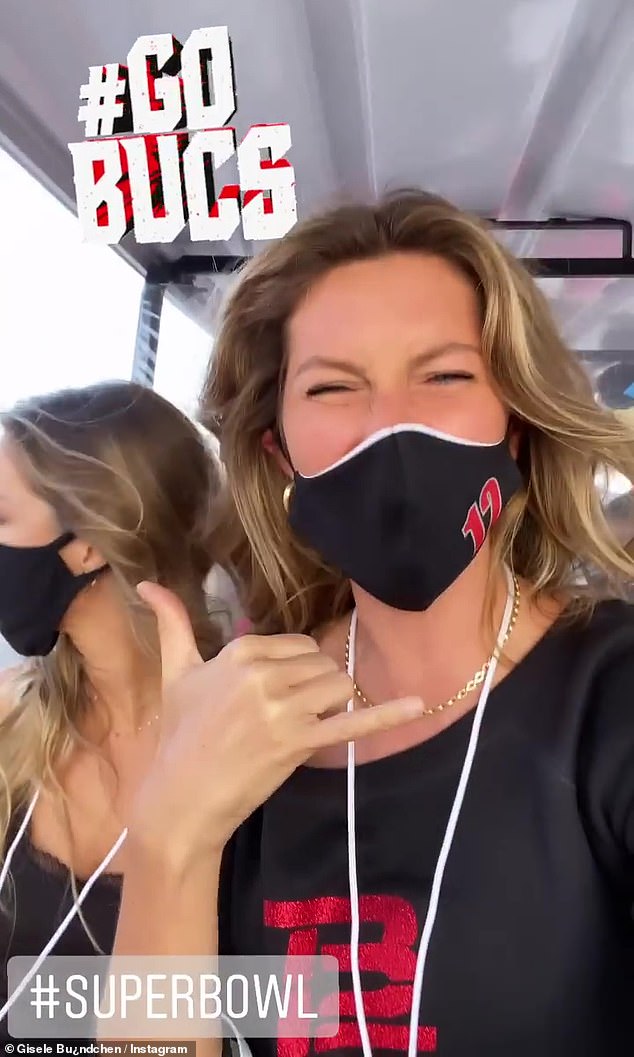 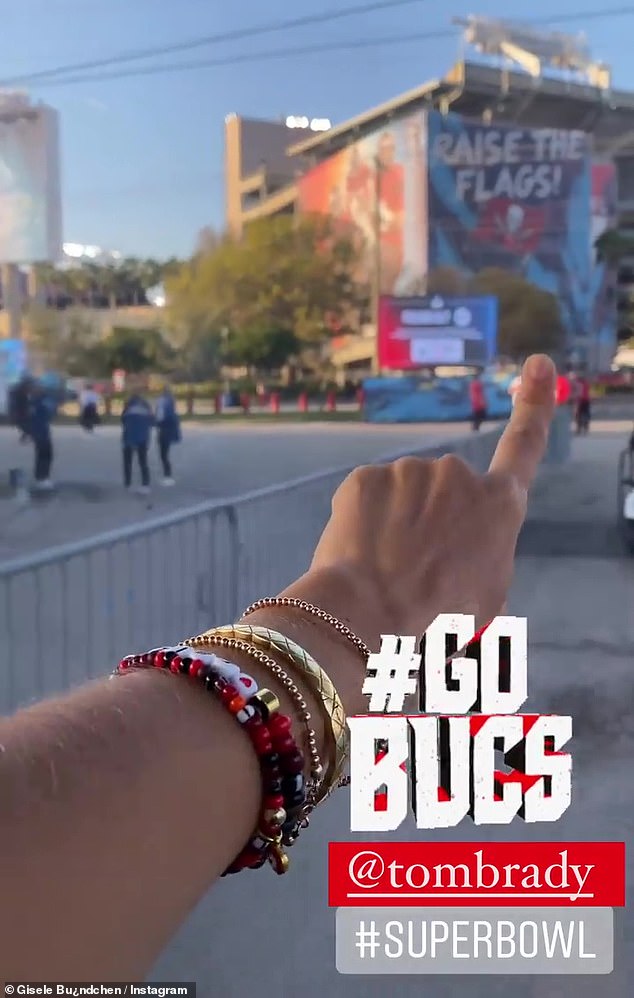 There it is: Bundchen’s first video showed her arriving at the Raymond James Stadium ahead of the game

She was seen dressed in a black long-sleeve t-shirt that was emblazoned with a decal meant to represent her support for the Buccaneers.

The Taxi actress accessorized with a gold necklace, earrings, and several bracelets on her left wrist to complement her natural beauty.

Her gorgeous blonde hair slightly flowed in the breeze, and the setting sun accentuated the beautiful blue shade of her eyes. 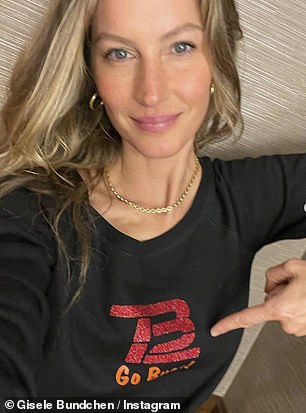 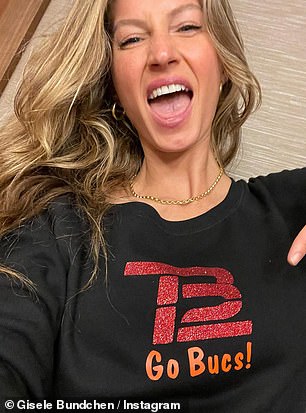 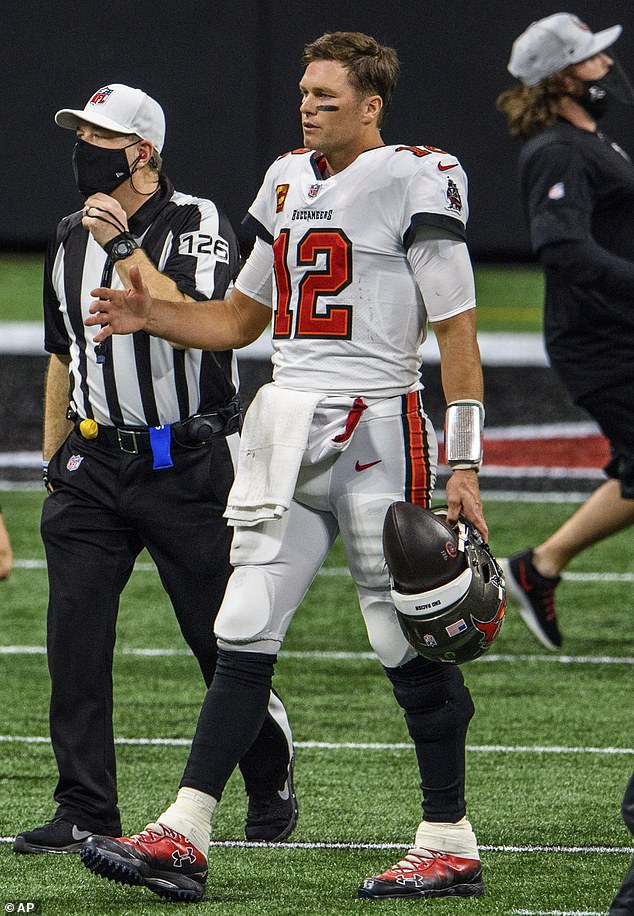 Star player: Brady joined the Tampa Bay Buccaneers last year after leaving the New England Patriots; he is seen during a 2020 game

After sharing the videos to her story, Bundchen shared two selfies to her Instagram account to show her support for her favored team.

The supermodel has been a Buccaneers fan ever since her 43-year-old husband joined the team last year.