Hailey Baldwin, 24, proved she has an eventful weekend when she shared her latest Instagram pics. The model posed in two bikinis that showed off her behind as well as a fashionable dress during what she called a “gals weekend.” The June 14th post got a lot of attention and was the perfect representation of a fun summer.

In one pic, Hailey can be seen laying on her stomach while hanging out in what appears to be a boat on the water. She is wearing a yellow and red bikini and has her hair clipped up. She also has a bottle of friend Kendall Jenner‘s tequila brand, 818, next to her.

In a second bikini pic, which is in black and white, she’s showing off a different patterned two-piece and is standing under an outdoor shower. Tropical trees are surrounding her and her long locks are down. She’s posing with her head turned over one shoulder and appears to be gazing out in front of her with a daydream-like look on her face. 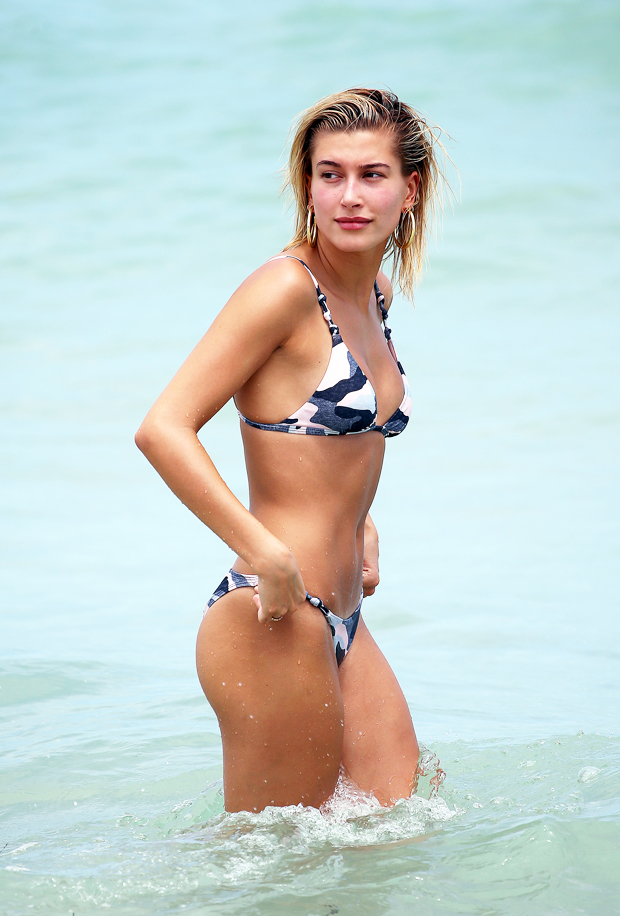 In addition to the bikini pics, Hailey posed while wearing a long short-sleeved black dress that had a plunging neckline and red flowers all over it. She sat at a table while resting her chin on her hands and smiling in one pic and in the other, she was standing in front of a pool with a sandy area in the background. She also accessorized with several gold necklaces, which perfectly complimented her fashion choice.

Once Hailey shared the post, her friends and fans were quick to respond with supportive comments. “Gorgeous,” one follower wrote while another wrote, “looks like you had an amazing time.” A third gushed that her post had “the cutest pics” and a fourth simply said, “Wow.”

Before her latest pics, Hailey posted other ones on June 8 that were from the vacation she took with her friends and husband Justin Bieber, 27. They included more bikini snapshots and some of her having memorable moments on the back of a truck and in a department store. “Let the summer friendventures begin,” she wrote in the caption of the post.