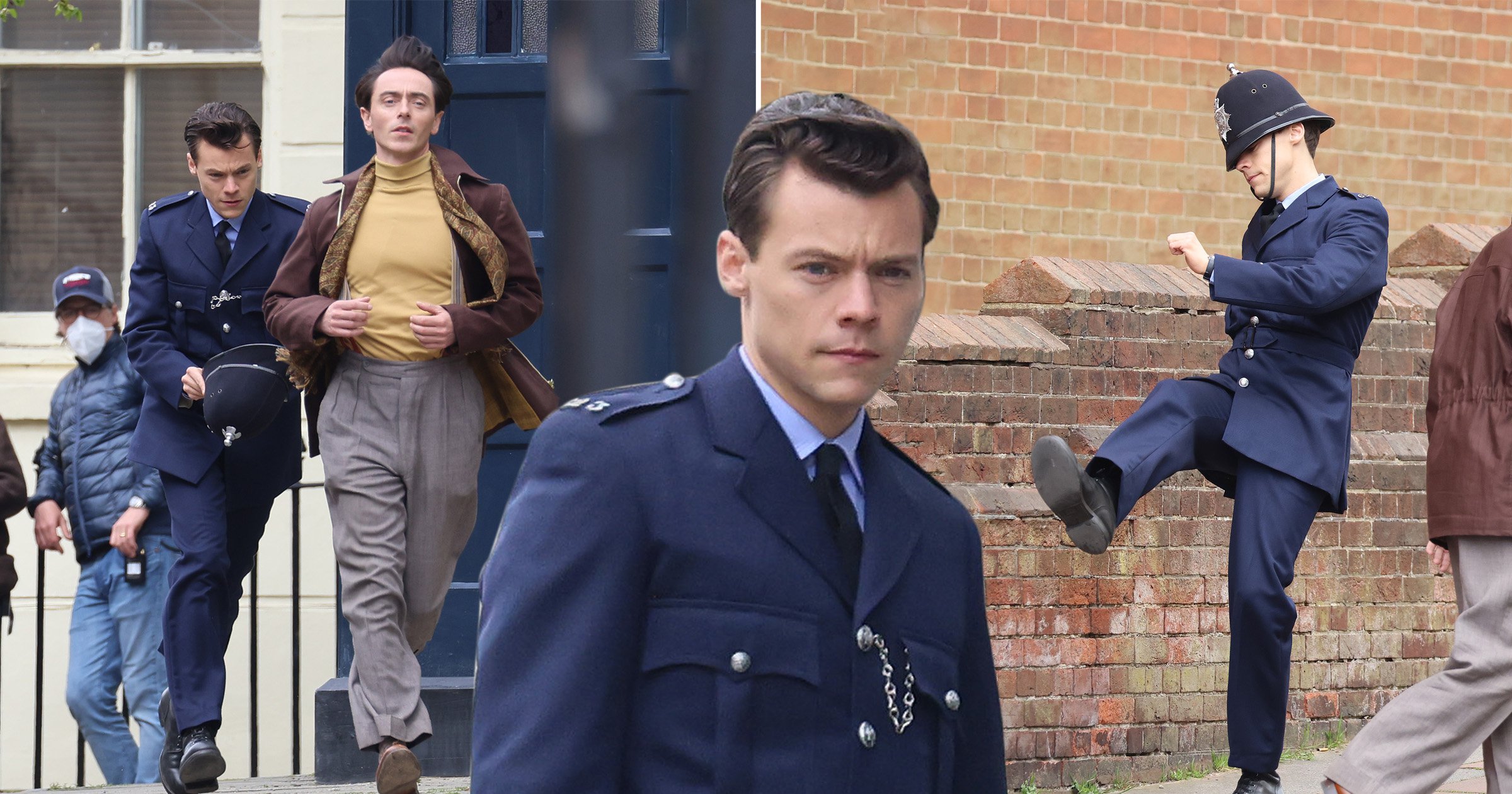 Fresh off the back of his Brits win earlier in the week, Harry Styles has been spotted on the set of My Policeman in Brighton once again.

The One Direction star, 27, wasted no time getting stuck in to some action-packed scenes around the city as he transformed into his character Tom Burgess.

Harry was seen chasing actor David Dawson, 38, who plays Patrick Hazelwood, down the street in one of the shots, appearing to kick the air at one point.

The pair were confirmed to be playing secret lovers in the upcoming film, at a time when homosexuality was illegal.

An insider claimed to The Sun: ‘Harry will be having sex on screen and they want it to look as real as possible.

‘The plan is to shoot two romps between Harry and David, then another scene where Harry is naked on his own.’

Emma Corrin, 25, who plays Harry’s character’s wife Marion, was also seen on set, with her and Harry being offered cupcakes from a tray as they grabbed a takeaway coffee between takes.

Adhering to coronavirus regulations, the cast were also seen donning face masks between shots as they relaxed.

My Policeman is Harry’s latest leading role after wrapping on Don’t Worry Darling, playing a gay policeman who is married to a woman due to the pressures of society at the time.

The film follows the character’s decades-long affair with a museum curator beginning in the 1950s, when being gay was illegal.

Harry’s latest scenes come after he won the best British single at the Brit Awards on Tuesday, heading straight back to Brighton to carry on filming later in the week.

The screenplay is based on the 2012 novel of the same name and is being directed by Michael Grandage for Amazon Studios.