Here's What Happened to Dr. Michael West From 'The Innocence Files'

Each episode of the new Netflix docuseries The Innocence Files follows a different story of wrongful conviction, and the heartbreaking stories showcase how a deeply flawed criminal justice system can fail both the families of the wrongfully accused as well as the victims of crimes. The doc’s title comes from the Innocence Project, a nonprofit organization that works to uncover and overturn wrongful convictions.

The series breaks down its nine episodes into three different spotlights on The Evidence, The Witness and The Prosecution, and the first episode delves into how the evidence analysis provided by Dr. Michael West, a so-called “bite mark expert,” has led to the wrongful conviction of more than a half dozen people.

Who is Dr. Michael West?

Dr. Michael West is a dentist and forensic odontologist. Forensic odontology, or bite mark analysis, is “the application of dental science to legal investigations,” and it became popular after the arrest and conviction of serial killer Ted Bundy. However, bite mark evidence can be imprecise, and in 2009 the National Academy of Sciences published a study that discredited using it as a means to identify and/or convict defendants.

West attended the Louisiana State University School of Dentistry and later studied forensic dentistry at the Armed Forces Institute of Pathology in Washington D.C. He rose to fame in the 1980s, and testified at numerous trials. His work would involve him taking teeth impressions from the accused person, then making molds to see if they matched the marks seen on the victim. However, that method, called “direct comparison” can be unreliable.

What did The Innocence Files reveal about Dr. West?

As seen during The Innocence Files, Dr. West’s bite mark testimony directly contributed to the murder convictions of Levon Brooks and Kennedy Brewer. Brooks and Brewer were accused of killing two young girls in the early 1990’s, and while there wasn’t much evidence tying either man to the crime, West concluded that the bite marks seen on the two girls came from Brooks and Brewer, respectively.

As Oxygen reports, West even went so far as to say that the marks seen on one of the victims were “indeed and without a doubt inflected [sic] by Kennedy Brewer.” Both men served more than a decade in prison before being exonerated in 2008 after the girls’ real killer, Justin Albert Johnson, confessed to the murders. He had previously been ruled out as a suspect because West believed that his teeth didn’t match the marks on the victims, but after he confessed, he denied biting the victims at all. It was later revealed that the marks West had inspected were actually crawfish bites that the victims had sustained from the pond that they were found in. 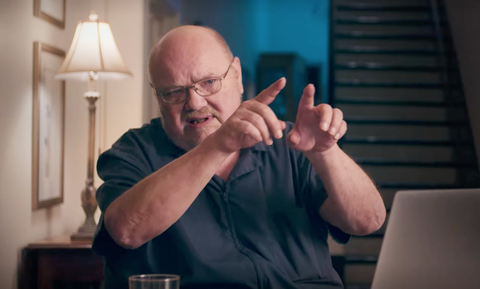 In 2009, it was reported that West had once forced a suspect’s dental mold into a corpse to make it fit, and David Averill, the former president of the American Board of Forensic Science said that West’s actions were “troubling…there’s just no justification for him to push the cast into the skin like that. That isn’t an acceptable way to perform a bite mark analysis.”


Several of West’s colleagues have also condemned his actions, and Dr Richard Souviron, the forensic odontologist who testified in the Ted Bundy trial, pointed out that West’s models only focus on the upper parts of the mouth. Dr. Niki Osborne, a forensic research scientist, also told Oxygen that it was inappropriate for West to make such declarative statements on a suspected person’s guilt.

Where is Dr. Michael West now?

West is 67, retired, and currently living in Hattiesburg, Mississippi. In a 2011 deposition, West said that he “no longer believes in bite-mark analysis. I don’t think it should be used in court. I think you should use DNA. Throw bite marks out.”

In 2012, two women named Leigh Stubbs and Tammy Vance were freed from prison after spending almost 11 years behind bars. They had been convicted in 2001 after West claimed he matched bite marks on a victim’s body to Stubbs and Vance.

However, it seems like West still believes in his work. He gave a lengthy statement to Oxygen in which he said he still thinks bite mark analysis is valid, but “amateur practitioners” don’t know what they’re doing. He also made a startling claim that he felt like he was being treated similarly to the confederate statues that are being removed in public places throughout the south: “Taking it away does not better anything,” he said. “Erasing history is ignorant. It benefits no one. They want to erase me from history.”