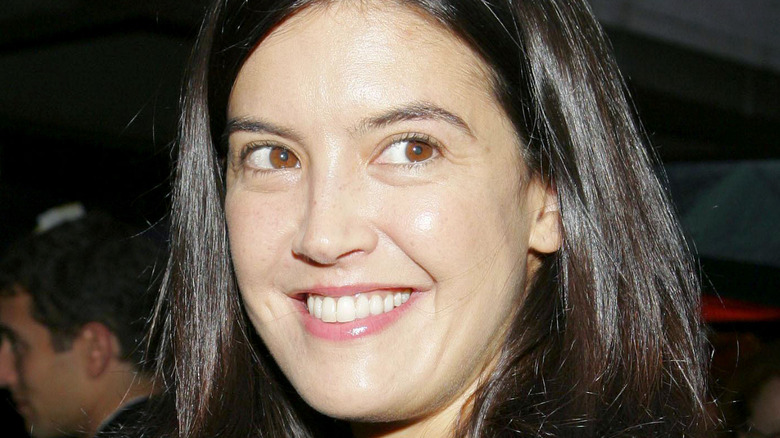 The legacy of the 1982 film “Fast Times at Ridgemont High” has proved to be an enduring one, with the movie being placed in the Criterion Collection and being widely viewed as a quintessential high school movie. Based on the book written by the film’s director Cameron Crowe, the movie helped to launch the careers of now-famous stars like Sean Penn, Jennifer Jason Leigh, Phoebe Cates, Eric Stoltz, and Forest Whitaker (via Tulsa World).

“Well, it was a funny thing because we were all so young when we made it. And then it came out and it was this big hit, you know, where you’d go to the theater and people would say the lines with it, and people had obviously seen the movie over and over again,” Leigh told The Daily News of the film’s continued impact.

And if there’s one particular scene that has been burned into audiences’ memories, it’s one that involves Cates’ character, Linda, diving into a pool and removing her red bikini top, before coming on to her friend Stacy’s older brother, Brad (played by Judge Reinhold). However, it turns out the whole sequence is taking place in Brad’s imagination, before Linda walks in on him.

Cates opens up about that famous scene 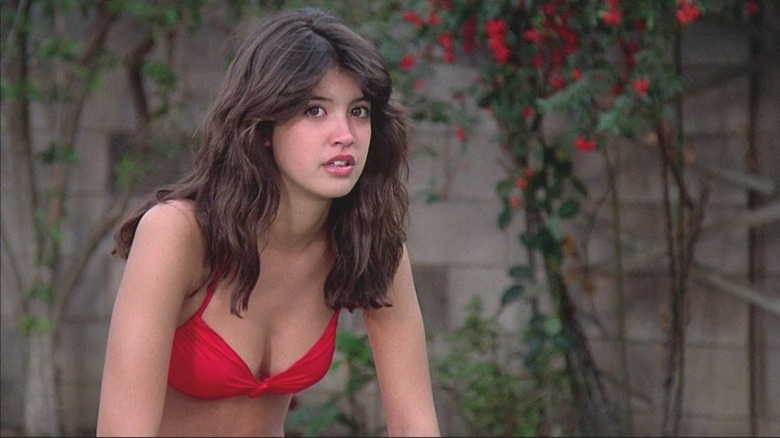 So how did Cates feel about her nudity in “Fast Times”? She seemed comfortable with her decision, even all those years ago. “I was only 17 when I did my nude scenes in ‘Paradise.’ They were serious and more difficult because they were not easily justified. But the topless scene in ‘Fast Times at Ridgemont High’ was funny, which made it easy,” Cates said in a 1982 interview (via News.com.au). “In this business, if a girl wants a career, she has to be willing to strip. If you’ve got a good bod, then why not show it?”

In fact, it was Cates who convinced “Fast Times” co-star Jennifer Jason Leigh that doing nudity for a film was nothing to worry about, as Leigh has her own rated-R scenes in the film as well.

“I remember I asked you about nudity, because I was really nervous about doing it,” Leigh told Cates in a conversation with Interview. “I had done some, but not a lot, and you were like, ‘Eh, it’s not that big a deal.'”

In fact, in 2020 Jennifer Aniston and Brad Pitt made headlines for their re-enactment of the famous scene via a “Fast Times” table read, which raised money for COVID-19 relief (via People).