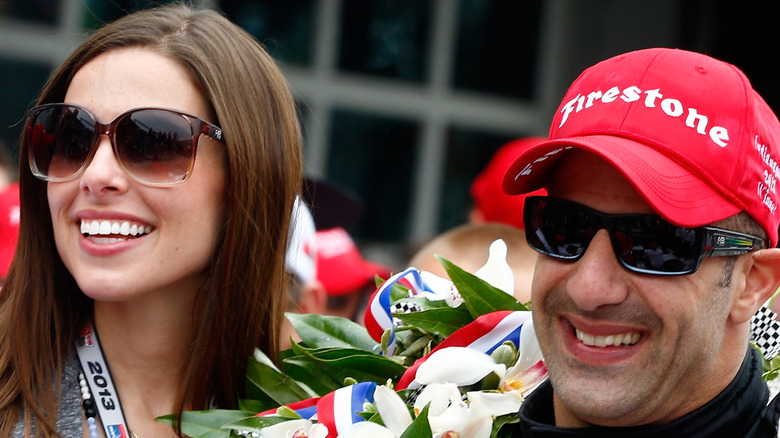 Tony Kanaan – best known as being the “Ironman of Indy car racing” – is a Brazilian-born racer who won the Indianapolis 500 in 2013, and continues to surprise fans with his speed, (via Indycar).

Off the track, Kanaan is just as successful, going strong with TV host wife Lauren Bohlander since their marriage in 2013, (via Much Feed). Three kids later, the golden couple continues to show their sweet love to the world, regularly posting about their day-to-day life on Lauren’s Instagram. Even then, there’s a lot more to know about the couple than you may think.

Many people know 46-year-old Kanaan as a major presence in Indy car racing, signing a new deal to race during the 2021 season much to fans’ excitement (via Auto Week). While many thought Kanaan would retire after 23 U.S. major open-wheel racing seasons, the Salvador-born driver has shown he’s not giving up on his passion any time soon. Similarly, wife Lauren has some major accomplishments of her own under her belt, rising to fame in 2014 as the co-host of the reality show “Garage Squad.” All about restoring rusty cars into seriously-incredible rides, the show cemented Bohlander’s notoriety. But much before her claim to fame, Bohlander actually met her future husband while working.

Tony and Lauren have a special connection 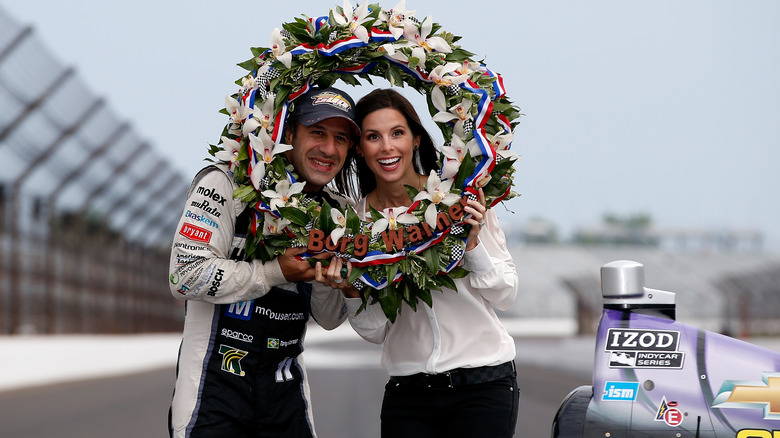 Although most people know Lauren Bohlander from hosting “Garage Squad” and as Tony Kanaan’s wife, it’s important to note she began working in TV more than a decade and a half ago. Much before meeting her future racing superstar husband, Bohlander worked on her campus television station while studying at DePauw University in Indiana, and covered stories for Fox Sports and NBC Sports upon graduation, (via Biographypedia). Hosting all kinds of sporting events from 2010 to 2013, Bohlander reportedly met future hubby Kanaan in 2011 while hosting a race, (via The Celebs Info).

Fast-forward two years later, and they were more in love than ever, posting several adorable pictures together on Bohlander’s Instagram. The two married on March 8, 2013 in a small ceremony in Miami, Florida, only attended by their closest inner circle, (via Affair Post). Posting a wedding “Harlem Shake” video on Twitter, fans quickly got a glimpse at how much fun the couple has together – and Lauren’s gorgeous, cloud-like wedding dress.

Welcoming son Deco in 2014, son Max in 2017, and daughter Nina in 2018, this couple only continues to let their love for each other and their family grow – and racing, of course!