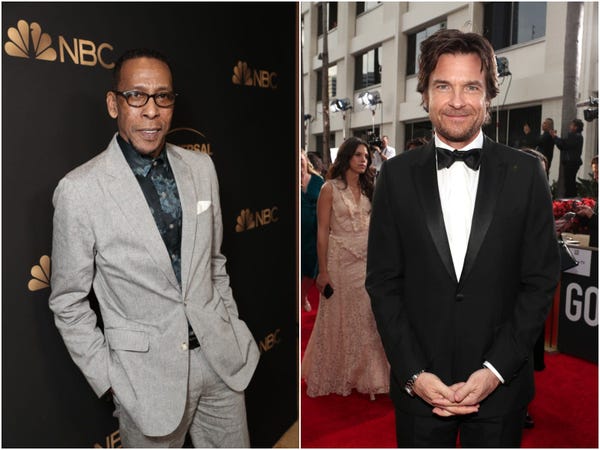 Fans are reacting to a brief mix-up that happened during the fifth and final night of the Creative Arts Emmys, which aired on FXX on Saturday night.

In a voice-over announcement for the best guest actor in a drama series category, actor Jason Bateman's name was mistakenly called as the Emmy winner, while actor Ron Cephas Jones' name appeared on-screen as the winner.

Other nominees included Andrew Scott for "Black Mirror," James Cromwell for "Succession," Giancarlo Esposito for "The Mandalorian," and Martin Short for "The Morning Show."

The announcement of Bateman's name led to some confusion and the broadcast went to a commercial break before an award acceptance video could be aired.

When the broadcast returned, an apology message was displayed on-screen.

"Our apologies, an incorrect winner has been announced. We're fixing it now. Please don't go away," the message read.

After the message, Cephas Jones' name was again displayed on the screen, but there was no announcement and no acceptance video was played.

The Television Academy tweeted a message confirming Jones as the winner.

The tweet did not include an explanation for the announcement mistake.

Some Twitter users reacted to the mix-up by referencing past award show blunders, where incorrect names or titles were announced, leading to confusion.

"Was Steve Harvey involved?" one user wrote, referencing the TV presenter who once accidentally crowned the wrong Miss Universe winner.

"'Moonlight' and 'La La Land in a nutshell,'" another commented, pointing to a mix-up that occurred between the two films at the 2017 Oscars.

The Creative Arts Emmys awards show recognizes different achievements than the Primetime Emmys, which begin on Sunday at 8 p.m. ET on ABC. The virtual broadcast can be viewed on ABC.com, the ABC app, and other live TV streaming services that include ABC.

Representatives for the Television Academy, Jason Bateman, and Ron Cephas Jones, respectively, did not immediately respond to Insider's request for comment.