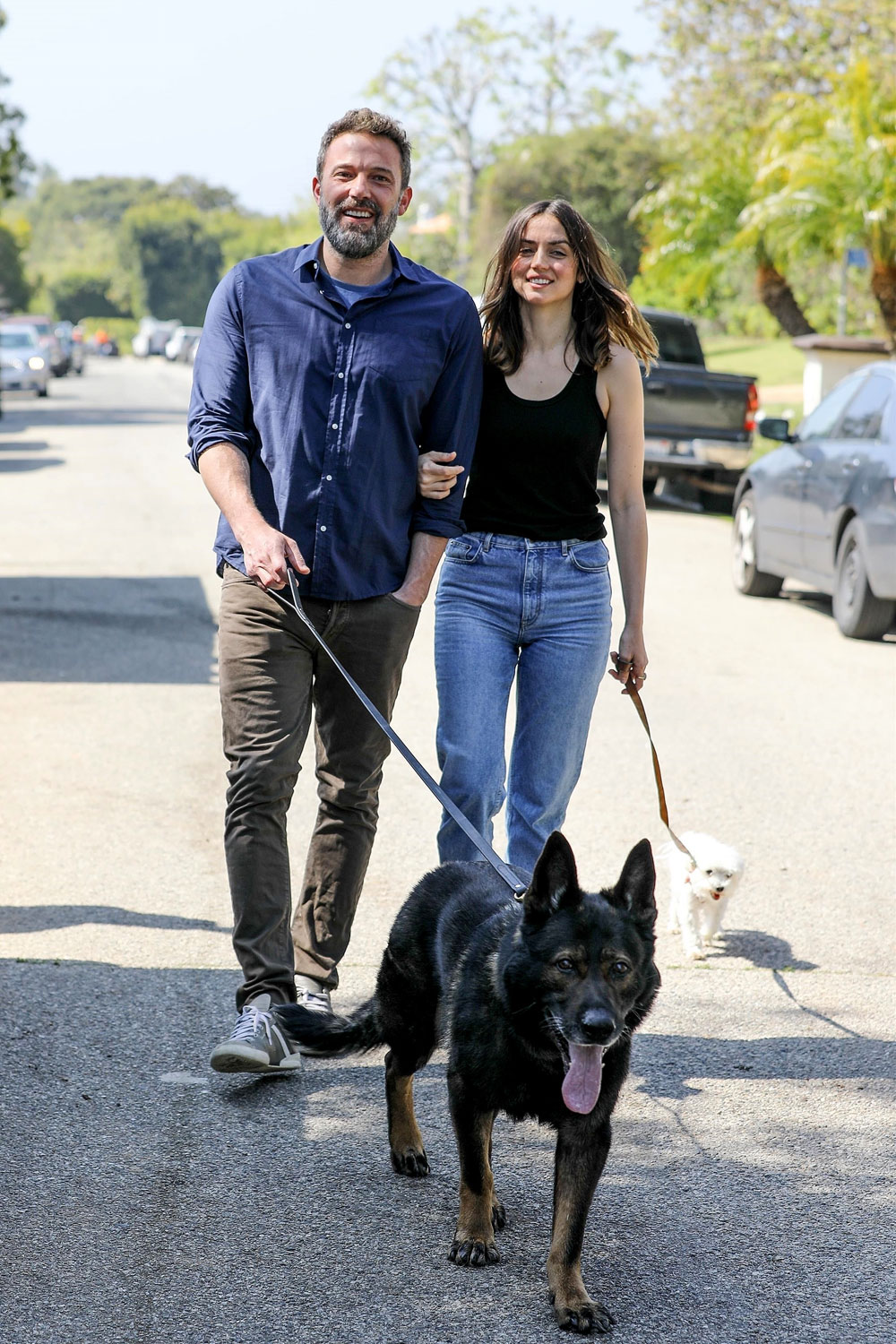 Yesterday I asked what Jennifer Garner thought of Ben Affleck’s near-daily PDA walks with his new much-younger girlfriend, Ana de Armas. Jen did a nice family walk of her own, complete with all her kids, the nanny, the dog and a cat in a stroller! It was super cute and it may have been unavoidable that the paparazzi were there. The paps are bored and camped out in that neighborhood waiting for Afflarmas especially. Plus they’ve been stalking the Garner-Afflecks for years. (It’s a flies to honey situation I think.) Soon after I published that, Garner’s go-to outlet, US Magazine, had a story about how Ana is not going to meet their kids anytime soon.

A source reveals exclusively in the new issue of Us Weekly that [Jennifer Garner], does not want her three children with [Ben Affleck] to meet [Ana de Armas] until the time is right.

“Ben is understanding,” the source tells Us. “[He] said he would work with Jennifer to prepare the kids for meeting [Ana].”

In the video on Us’ site they add the detail that Jennifer is “supportive” and “happy” for Ben’s new relationship. Plus they say “Ben’s relationship with Ana is serious and he is already thinking about having kids with her. Ben loves children and loves being a dad. He would love to have kids with her one day.” How long has Ben even been with Ana?! Us Mag says in that video that they’ve only been together since early March. That was when we first heard about them too. Although they worked together in the fall they’re both so demonstrative, and Ben operates so quickly (narcissists do that), that I doubt they were serious for more than a month before that. I bet that Jen is just waiting it out to see if they’ll last. That’s what I would do. Plus, Ana looks younger than their nanny. I said it. And their dad cheated on their mom with their nanny! (Sure they were “taking a break” but still living together.) Did the kids even know about that? Did they wonder why their nanny had to leave so soon? They’re going to google it if they haven’t already.

These are new photos from yesterday of Ben and Ana doing their PDA pap stroll and Jennifer Garner and her kids taking a walk with their nanny and cat in a stroller. Their dog Birdie stayed at home this time. For those of you who wonder where Ben’s majestic German Shepherd has been, I’ve seen aerial photos of his mansion and he has a huge backyard. I bet that dog is super happy to be going on walks now though. I also assume he or she gets along well with Ana’s little dog. In videos on the photo agency’s subscriber site, you can see Ben’s dog walking slowly for Ana’s dog, like they’re looking out for each other. In those videos Ben seems kind of surley and takes out his phone a few times to take pictures of the paps.

Thanks to all of you yesterday who told me not to adopt a border collie unless I had a yard. I watched my friend’s beautiful border collie for two weeks before all this and I fell in love with her. (The dog, Mango, not my friend.) Mango is an older dog who is content with long walks, but my friend has a yard where Mango plays frisbee often. Once I convince my landlord to let me get one, I will consider a breed that’s more of a homebody. 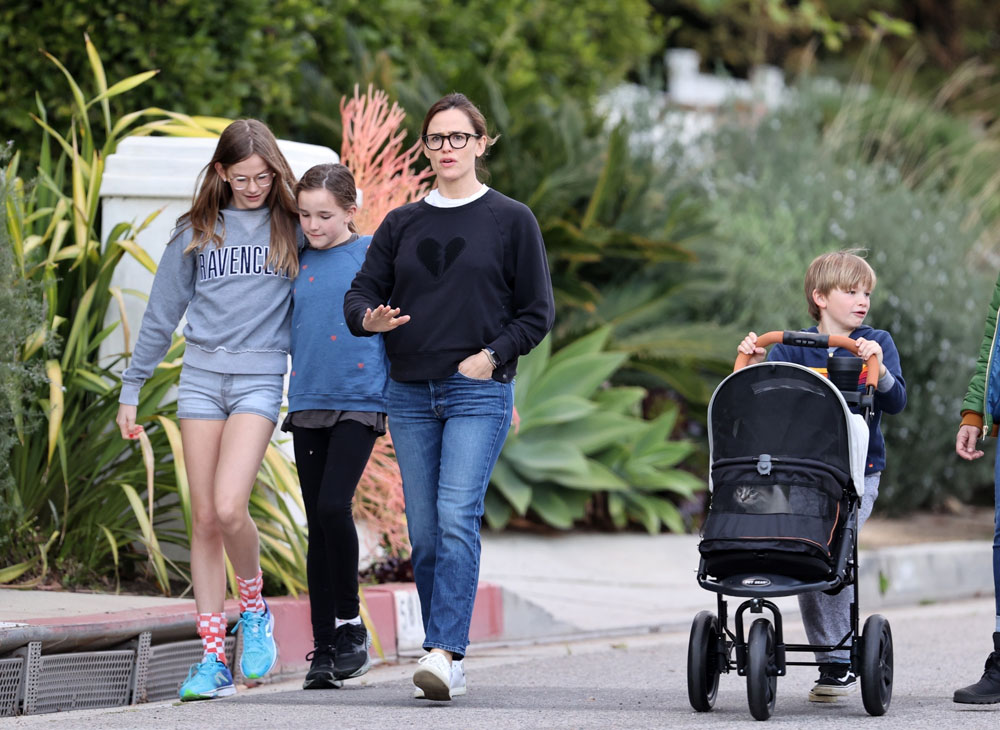 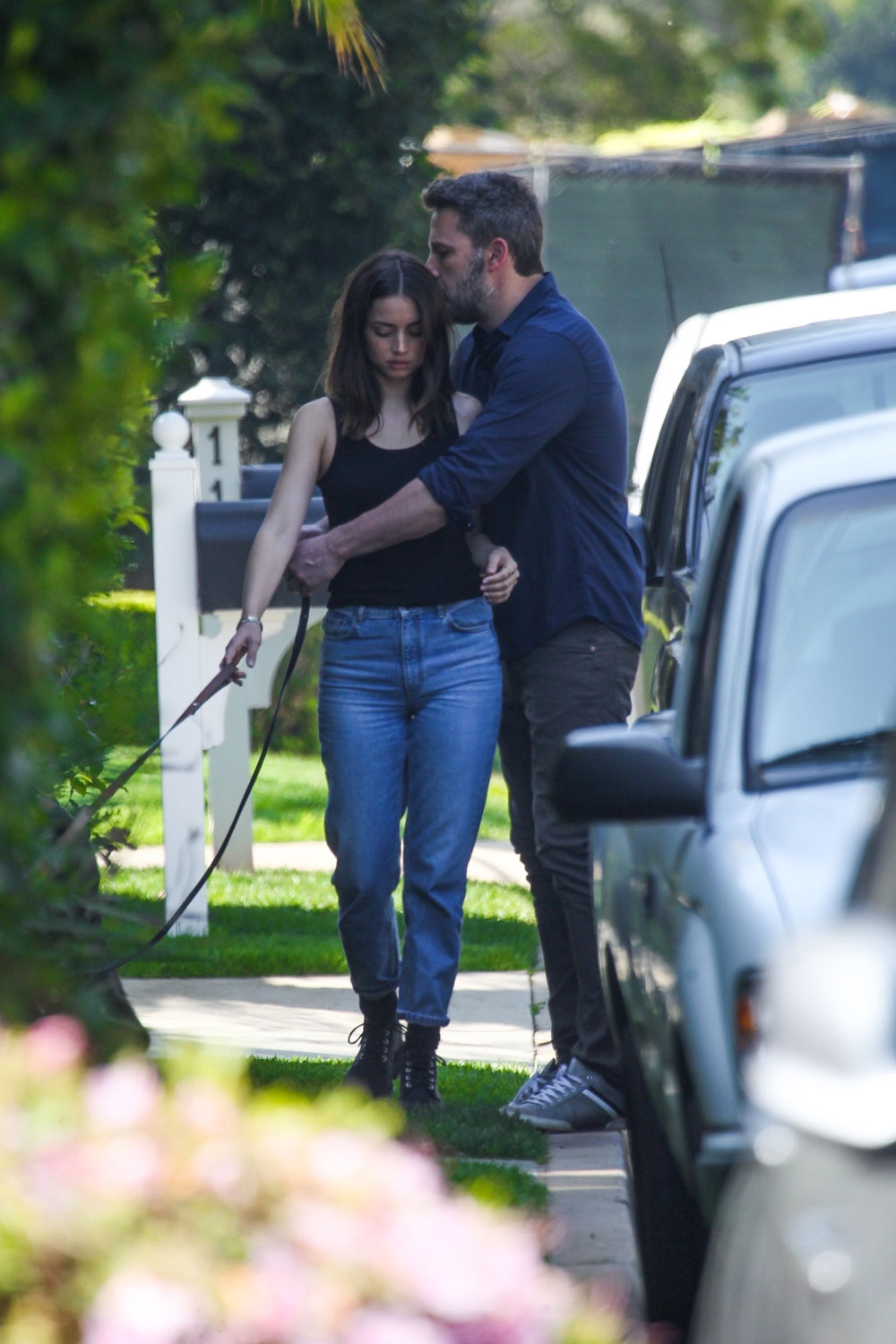 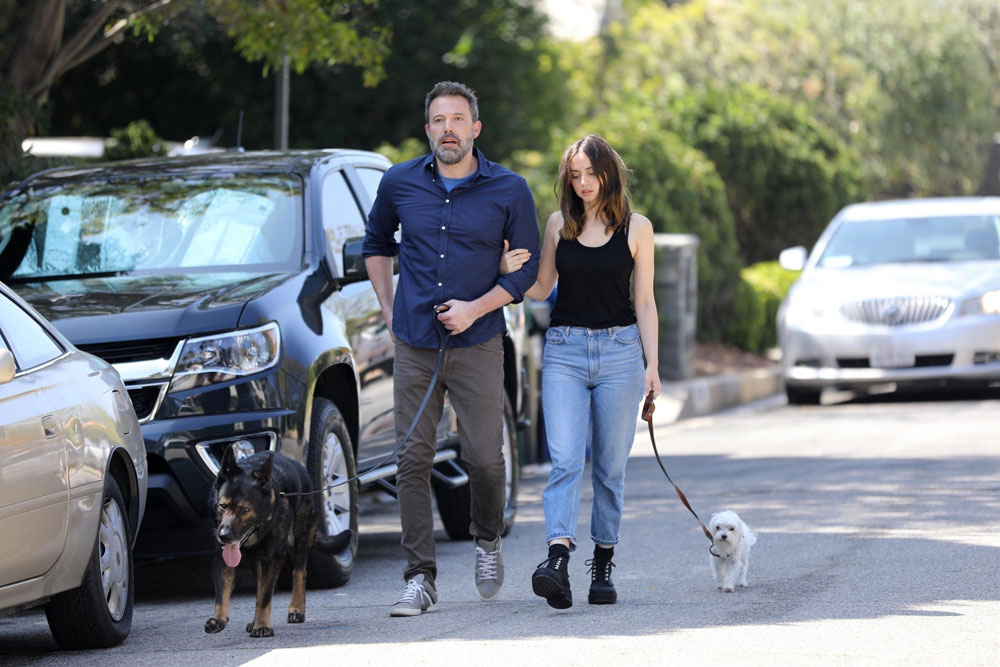