“Jeopardy!” issued an apology after fans called out the popular game show for airing a seemingly incorrect clue regarding a medical condition.

On Tuesday, fans took to Twitter to note they were upset with “Jeopardy!” after it mischaracterized a symptom of Postural Orthostatic Tachycardia Syndrome (POTS). Guest host Savannah Guthrie read a clue from the Plain-Named Maladies category that read: “Postural Orthostatic Tachycardia Syndrome is also known as Grinch Syndrome because this organ is too small.”

The correct answer to the prompt, according to “Jeopardy!,” was “What is the heart.”

However, many pointed out that the condition, which mostly affects women and children, is not necessarily characterized by having a small heart at all. In fact, Johns Hopkins Medicine notes that, while a POTS patient’s heart rate is greatly affected by POTS, “the structure of the heart is normal” in most.

On Tuesday, the show issued a statement on the matter on Twitter acknowledging that it was neither using up-to-date information nor an acceptable term for POTS patients.

“Yesterday’s program included a clue about postural orthostatic tachycardia syndrome (POTS),” the tweet reads. “After hearing from the community, we found we used an outdated and inaccurate term for this disorder, and we apologize.”

The apology came after dozens of people tweeted at the show to note that they are among the many in the U.S. and around the world who suffer from POTS and that their hearts are average-sized.

Johns Hopkins Medicine notes that the issue with POTS is more in the autonomic nervous system, which is supposed to regulate functions humans don’t consciously control such as heart rate, blood pressure, sweating and body temperature. These symptoms combined with an “exaggerated increase in heart rate when standing” are typically what POTS patients deal with, not an abnormally sized heart, according to JHM’s website.

Many also took issue with the “Grinch” label, arguing it was needlessly derogatory. 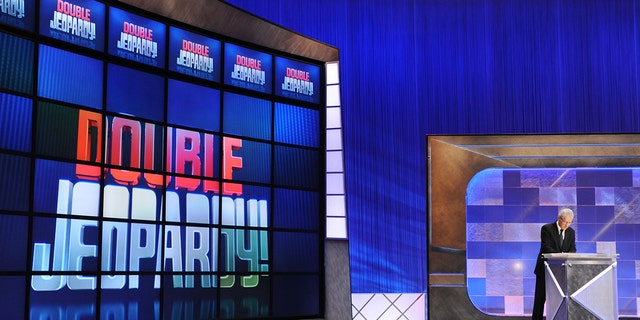 ‘Jeopardy’ issued an apology after one of its clues contained ‘outdated’ and ‘inaccurate information.
(Amanda Edwards/Getty Images)

Perhaps the biggest critic of the “Jeopardy!” clue was from Dysautonomia International, a non-profit organization that fundraises research and promotes awareness of disorders like POTS. The organization issued a statement on Twitter calling for “Jeopardy!” to apologize and accusing it of using a “misogynistic” term.

“Hey @Jeopardy no one with any credibility calls POTS ‘Grinch Syndrome.’ Promoting outdated misogynistic terms to describe a debilitating autonomic nervous system disorder that impacts millions of Americans is not cool. We request an apology on behalf of our community. Do better,” the statement read in part.