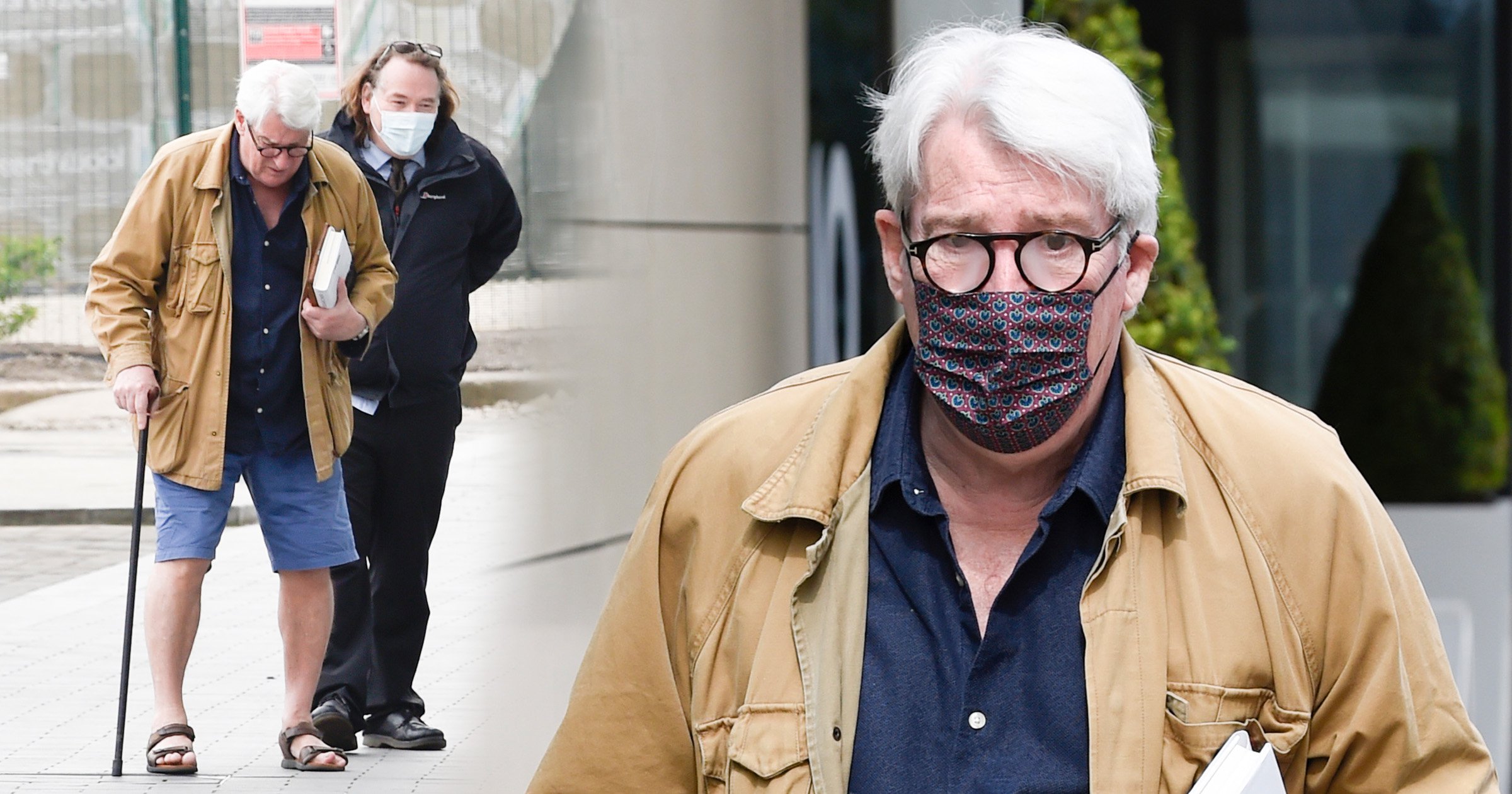 TV icon Jeremy Paxman was seen back on his feet this week, after ‘breaking his ribs’ in a horror fall recently while walking his beloved dog Derek.

The University Challenge star, 70, previously wrote he had ‘no recollection’ of the tumble which happened as he was out on a walk.

Seen out and about earlier this week, the stalwart was back to it with the use of a walking cane as he headed to TV studios in Manchester, where University Challenge is filmed.

Holding a copy of thriller novel The Searcher by Tana French for those quiet moments in the green room, Paxman donned a face mask as he made his way into the building.

Paxman had previously written in his Saga column, as per Express, he’d ‘blacked out beforehand or did so when my nose hit the ground’ as he detailed his fall while out with his Spaniel-Dalmation cross, cheekily putting the blame squarely on his dog and suggesting he ‘must have seen a squirrel and jerked on his lead’.

Writing there is a ‘world of difference’ between falling over – which happens to children – and ‘having a fall’ – something the older generation does – he said: ‘To my mind, a life well-lived involves minimum contact with the emergency services. But it’s inescapable when you get older.’

According to Paxman he’d only been to A&E three times before; once after ‘chopping off’ the top of his thumb with an axe, then after getting a contact lens stuck in his eye, and a third time when he took a friend who had a nasty accident when thumb met corkscrew.

However, he mused of his latest visit, saying this time ‘certainly a lot of blood’ was involved: ‘What kind of fool falls flat on their face?’

He had previously been placed in intensive care after suffering a blood clot in his lungs following a routine knee operation, after he’d ‘worn out’ the joint by jogging.

Previously, Paxman credited his beloved dog Derek with helping him with depression, telling the Walking the Dog podcast the pair get out for walks three times a day.

‘It would be very easy for me to let it get me now, because I’m 70 and what’s to come is a lot shorter than what went before – and a lot less interesting.’