The President and First Lady solemnly paid their respects alongside the VP just a day after Joe’s deeply touching tribute to late son Beau.

President Joe Biden, 78, had First Lady Jill Biden, 69, by his side during a Memorial Day service. The two paid their respects at the Tomb of the Unknown Soldier at the Arlington National Cemetery in Virginia on Monday, May 21. Joe had a stoic look on his face as he gave a salute next to Vice President Kamala Harris, 56, who held her hand over her heart as tribute. After the ceremony, Joe and Kamala both placed wreaths at the tomb. 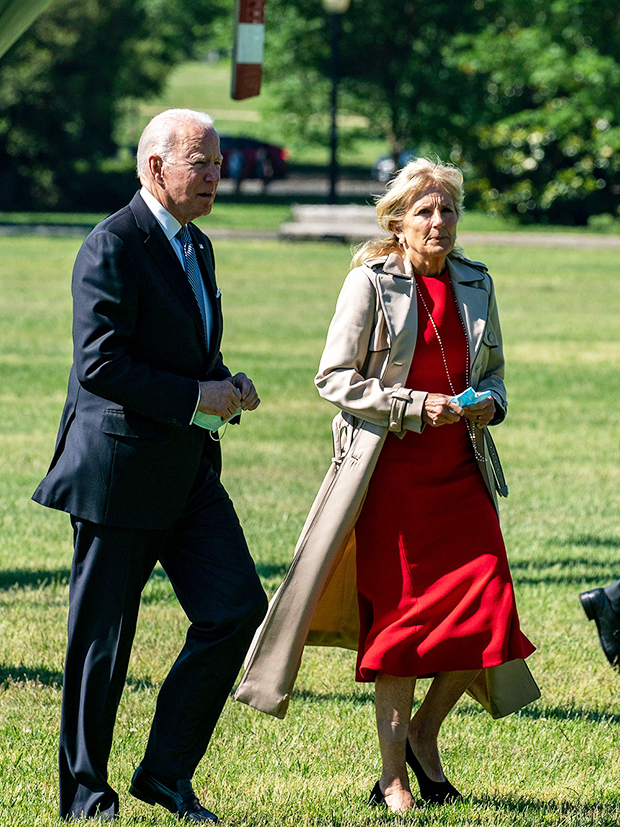 Joe opted for his go-to navy suit and a crisp white shirt, while Kamala also opted for a classic navy. Meanwhile, Jill absolutely dazzled in a cherry red dress and black pumps. The dress featured shorter sleeves for the balmy, nearly-summer weather, which could be seen during the service along with a dainty gold chain necklace. She added a long trench coat as she returned to the White House later that afternoon. 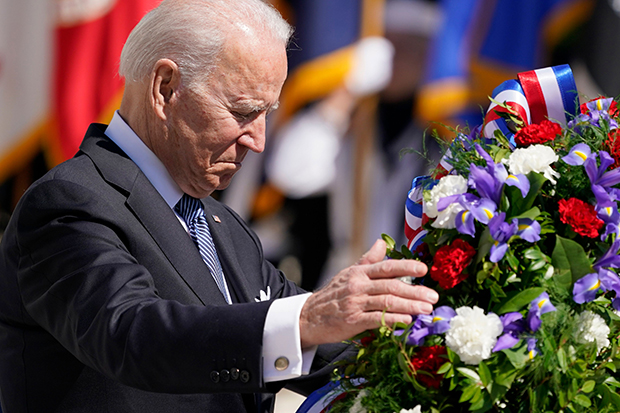 The event comes just a day after Joe paid tribute to his late son Beau Biden, who died at just 46 years old in 2015 after a battle with brain cancer. Like Joe, Beau was also in public service as the Attorney General of Delaware. “As many of you know this is a hard day for us. Six years ago today, Hunter lost his dad and I lost my son,” Joe said at at the Veterans Memorial Park in Wilmington, Delaware on May 30, which was the 6th anniversary of Beau’s death. He was joined by grandson Hunter, 15, Jill, and daughter Ashley, 39, as they also visited Beau’s burial site at St. Joseph’s Church. 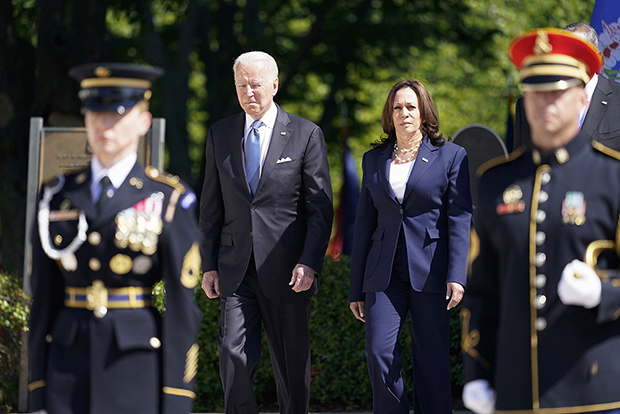 “If he were here, he would be here as well paying his respects to all those who gave so much for our country. A lot of time passes, but you all know as well as I do that the moment that we celebrate it is the toughest day of the year. We’re honored but it’s a tough day,” he continued in the emotional speech. “Brings back everything. So I can’t thank you enough for your continued service to the country,” he said to the audience of service members and their family, reminding them that their late children “live in your hearts and in their children as well,” he added.