Joshua Bassett Praises Olivia Rodrigo's 'Deja Vu': I Love It 'So Much'

“SUUUUUUPER late on this but!” the actor, 20, wrote via Instagram Stories on Sunday, April 25, along with a photo of the “Deja Vu” cover art. “I love this song so much @oliviarodrigo!!! The world better watch out for the album!!!!!” 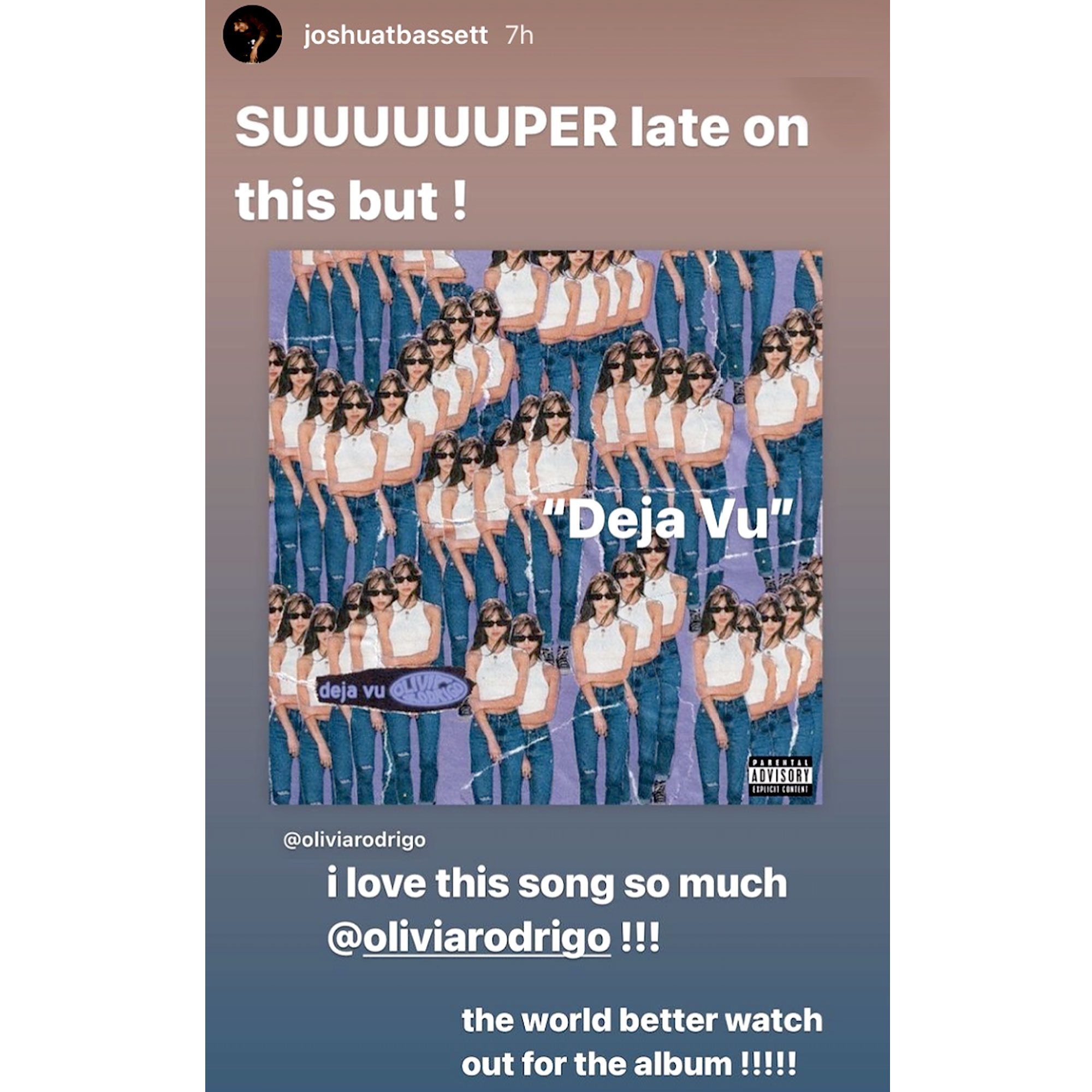 Since the “Drivers License” singer, 18, released her second single on April 1, fans have wondered whether or not it’s about Bassett, whom she reportedly dated while filming the first season of HSMTMTS. Rodrigo hasn’t commented on who the song may or may not be about, but many of its lyrics refer to an ex moving on.

“So when you gonna tell her / That we did that too? She thinks it’s special / But it’s all re-used,” the lyrics read. “That was our place, I found it first / I made the jokes you tell to her / When she’s with you.”

Interest in Bassett and Rodrigo’s alleged relationship reached a fever pitch earlier this year with the release of her song “Drivers License,” which included a line about a “blonde girl” who’s “so much older.” Internet sleuths theorized that the blonde in question was fellow Disney star Sabrina Carpenter, who was linked to Bassett in summer 2020. 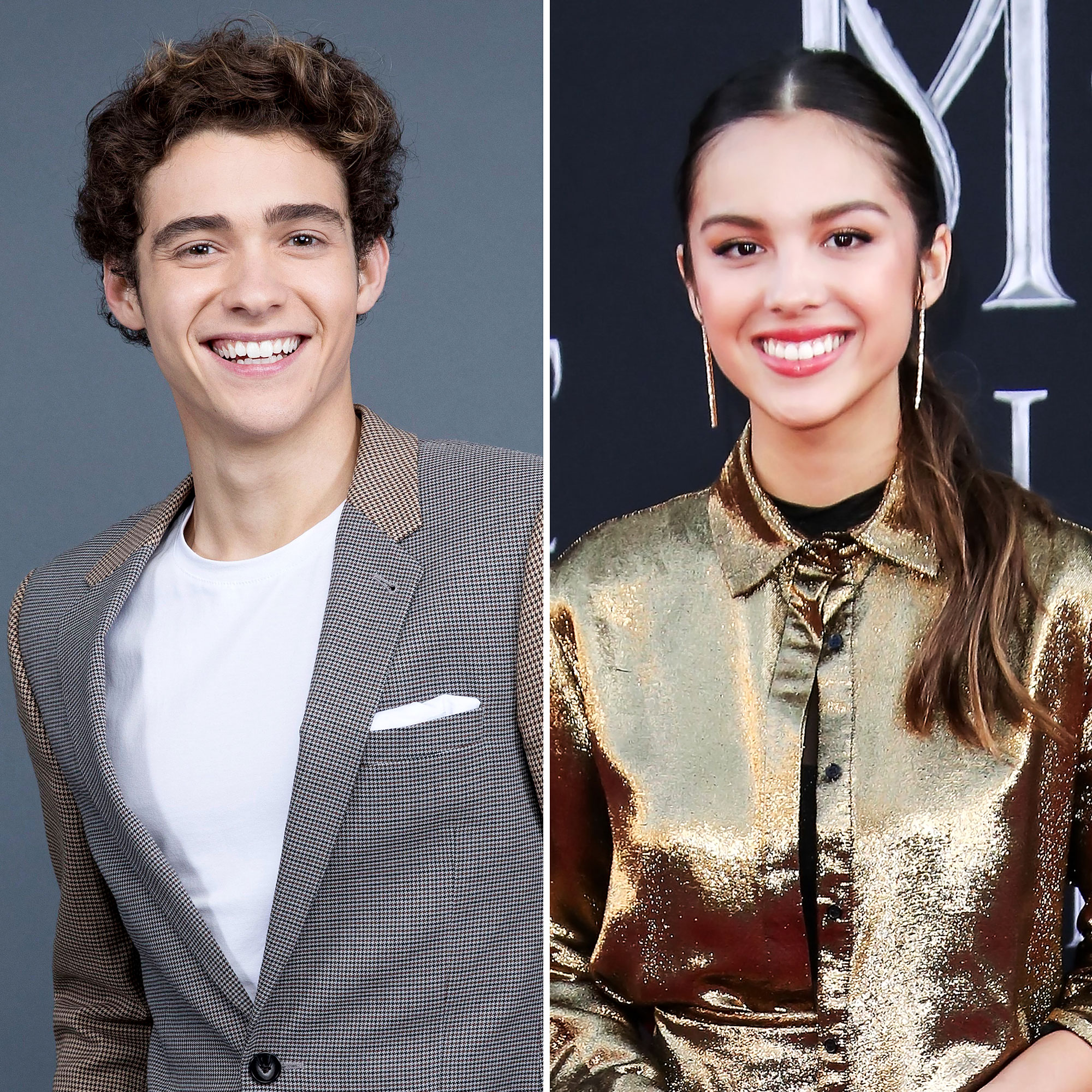 “I totally understand people’s curiosity with the specifics of who the song’s about and what it’s about, but to me, that’s really the least important part of the song,” Rodrigo told Billboard shortly after the song’s debut. “It’s resonating with people because of how emotional it is, and I think everything else is not important.”

One week after “Drivers License” came out, Bassett released a song called “Lie Lie Lie,” and a week after that, Carpenter, 21, surprised fans with a song called “Skin.” Both tracks led to further speculation from fans about a possible love triangle, but none of the involved parties publicly commented on the situation.

As far as “Deja Vu” goes, it seems any further investigation will be left up to listeners because Rodrigo isn’t saying much.

“I really like descriptive, narrative-based songwriting, so we tried to do that in the verses and paint pictures of all the specific things that you do in a relationship,” she told American Songwriter of the new tune. “I thought it’d be interesting to write a song, using deja vu, about how sometimes when somebody moves on in a relationship and they get with a new partner, you watch it and you’re like, ‘Oh, my gosh, that was all of the stuff that I did.’ I think that’s a really relatable, universal thing.”