Judge Rinder reveals his grandfather has died of coronavirus aged 92

‘He lived through World War II and I lost him to this terrible disease:’ Judge Rinder reveals his beloved grandfather has died aged 92 after contracting coronavirus

Judge Rinder has revealed that his grandfather has died of coronavirus at the age of 92.

The TV presenter and criminal barrister – whose real name is Robert Rinder – announced the sad news during Friday’s This Morning, as he urged viewers to try and remain optimistic in the nationwide lockdown.

Robert also revealed to Eamonn Holmes and Ruth Langsford that his grandfather died after contracting the virus, having lived through the Second World War. 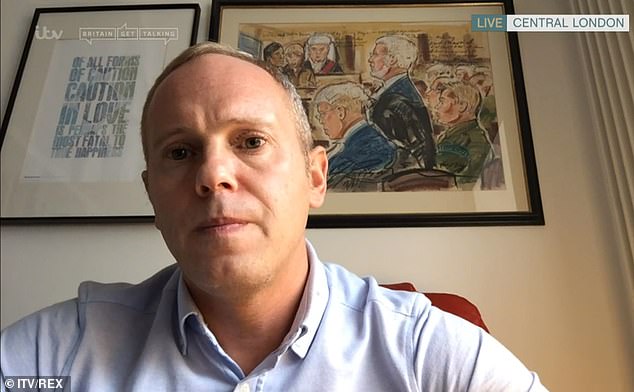 Sad news: Judge Ringer has revealed that his grandfather has died aged 92 after contracting coronavirus, as he paid an emotional tribute to him on Friday’s This Morning

Robert fought back tears as he spoke about his grandfather’s death during the video link, saying: ‘My grandfather was 92, and he passed away two nights ago of this terrible disease.

‘He survived the Second World War, and he was a man that conspired and determined to see joy in the world.

‘As much as there is terrible and appealing news out there we must as a community and neighbours see that there are thousands of people that are recovering fro this disease every single day, that we as a nation are responding positively.’

‘That’s absolutely the message I know he would’ve wanted to share, whenever I saw him which was very often he’d say ”what good news is there son?” 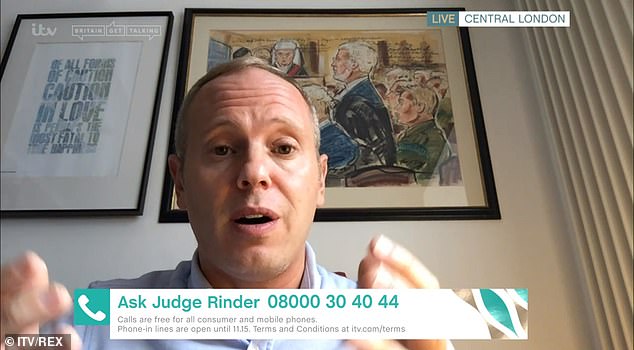 Staying strong: The criminal barrister and TV presenter urged viewers to stay positive during the pandemic, and said he vows to remember his grandfather for his optimism

Judge Rinder then told Eamonn and Ruth: ‘It’s been a challenging time but I remember him in that positive way, that we get up in the morning depressed overwhelmed, perhaps with anxiety.

‘We can choose to drown ourselves in the negativity in the horror and choose to galvanise ourselves to be at our very best and that’s how I’m going to choose remember him.’

Eamonn and Ruth expressed their condolences to Judge Rinder for his loss, with many viewers also rushing to Twitter to share their sympathies.

He had been a guest on the show to discuss the day’s headlines, and will also appear on a phone-in later in the show to offer his own legal advice regarding financial issues surrounding the COVID-19 outbreak. 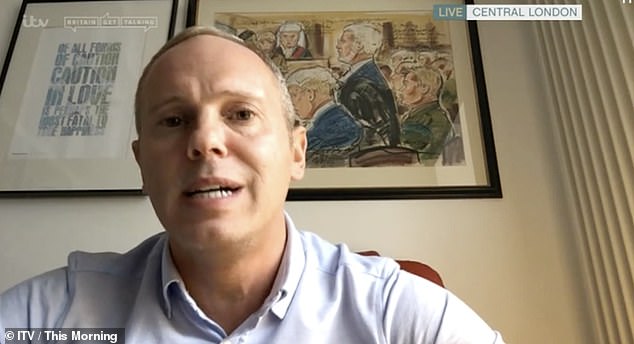 Upsetting: Fighting back tears Judge Rinder said: ‘He survived the Second World War, and he was a man that conspired and determined to see joy in the world’

Earlier this week Judge Rinder also revealed that he may have also had coronavirus after developing symptoms, but is refusing to pay for a test until they are available for all NHS frontline staff.

Speaking on This Morning, he said: ‘I’m just through the other side of it. It’s [been] 20 days and I feel well now.’

Presenter Phillip Schofield then asked him: ‘So, you had it?’

He said: ‘I think I did, but because frontline NHS staff can’t get tests I refused to pay for one. But I’m sure I’m fine.’

When asked what his symptoms were, he said: ‘Terrible temperature, appalling cough, and lying with my feet on the ground and my head on the bed in a coma watching the Kardashians, so I must have been really ill.’ 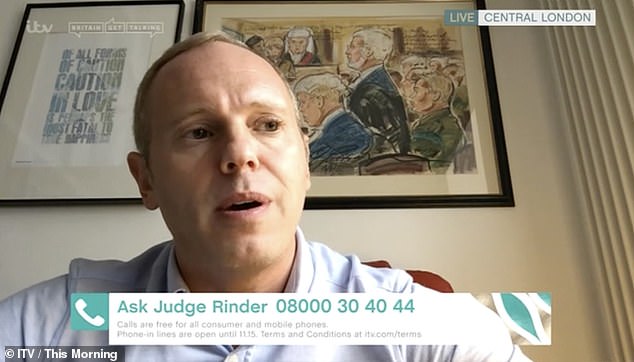 Optimistic: The criminal barrister said it had been a ‘challenging time’ but he’s choosing to remember his grandfather in a positive light