Don’t try her! Khloé Kardashian had some choice words for a troll who criticized her for posting a photo with her sister Kim Kardashian’s estranged husband, Kanye West, on his birthday.

“Why are you even commenting on something you know nothing about? You don’t think me and my sisters talk about one another’s feelings? We are with one another [every day],” the Good American cofounder, 36, wrote via Instagram on Tuesday, June 8. “This is MY FAMILY. Not yours! Don’t comment as if you are in the know unless you are actually in the know. Weirdo!!!” 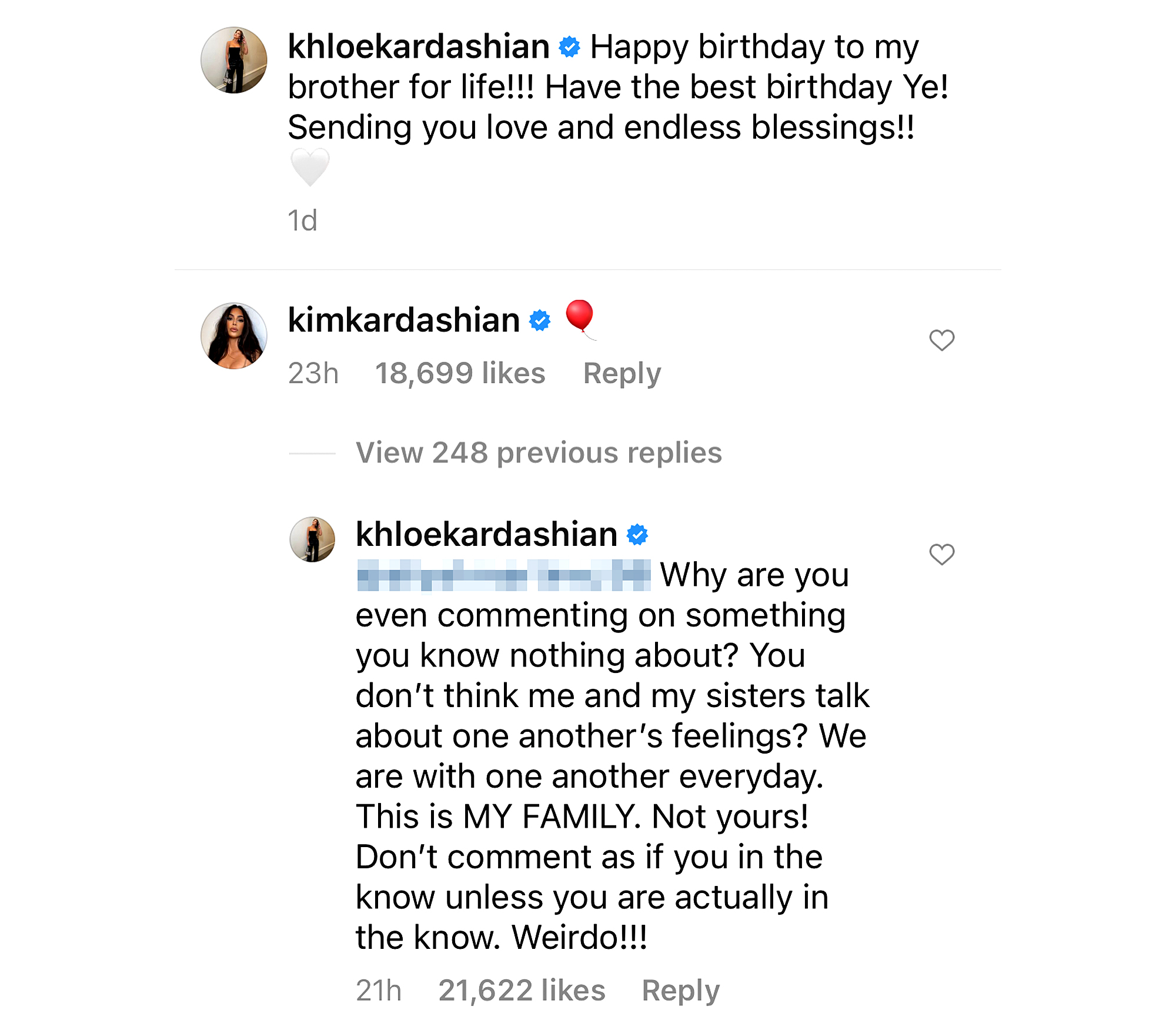 The social media user had addressed Kim, 40, who shared a red balloon emoji on her sister’s birthday tribute to the Yeezy designer, 44.

“I’m sorry Kim. … Your sister bond should be much more strong than feeling the need to say that,” the commenter wrote, specifically calling out Khloé’s “petty” use of the phrase “my brother for life.”

The troll added, “Your divorce was so hard on you even the picture is just uncalled for. There is so many other pictures. Google could of been her friend. This wasnt cute but Im glad your being strong through it all [sic].” 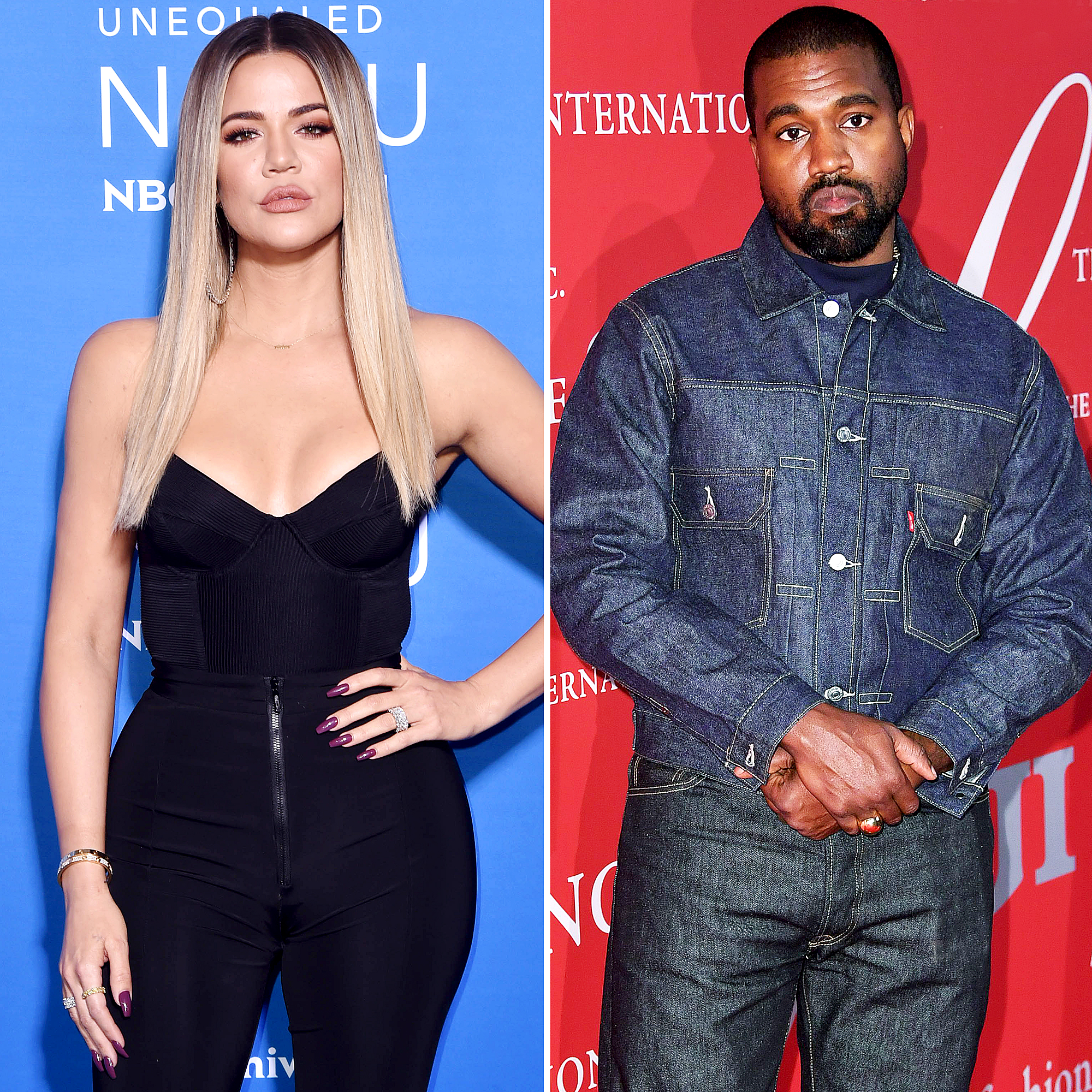 To celebrate the Grammy winner’s big day, Khloé shared a photo of her and boyfriend Tristan Thompson posing in the ocean with Kim and Kanye.

“Happy birthday to my brother for life!!! Have the best birthday Ye! Sending you love and endless blessings!!” Khloé wrote in the post.

The revenge body host’s social media upload came four months after Us Weekly confirmed that the KKW Beauty mogul filed for divorce from her husband of six years in February. They share four children: North, 7, Saint, 5, Chicago, 3, and Psalm, 2. While their split certainly hasn’t been easy, a source told Us on Tuesday that the reality star “still has love for Kanye.”

In an Instagram post of her own, the Kourtney and Kim Take Miami alum shared her warm feelings for her soon-to-be ex-husband.

The SKIMS owner hasn’t spoken publicly about her divorce aside from some commentary on her marital issues during Keeping Up With the Kardashians’ final season. Khloé has also shared insight into her older sister’s relationship on the reality show.

All the Times Kim Kardashian Has Publicly Defended Kanye West

“Kim has been struggling privately behind [the] camera about her relationship, and it’s tough because Kim is clearly redirecting so much of her frustration and sadness and anger and sometimes you just take things out on something that has nothing to do with what you’re going through,” she said during the June 3 episode of KUWTK after Kim freaked out about there being cookies in their Lake Tahoe rental home. “It’s never the cookies’ fault.”